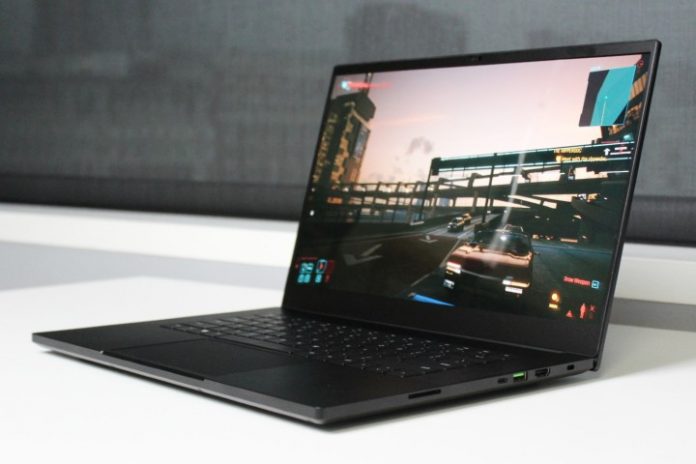 Gaming laptops are incredible devices, but even the most high-end suffer models from the same problems: hot surface temperatures, loud fan noise, and frame rates that we all wished would be higher.

And while I’ll always be clamoring for higher frame rates in games, a lot of attention gets put on the system’s GPU rather than on the screen. Improving the quality of the display doesn’t involve making your laptop hotter or louder — and in my experience, it can lead to richer gaming than a few extra frames could ever yield.

What OLED can do

I recently tested and reviewed the Razer Blade 15 — but not just any old configuration. This one had a 240Hz OLED screen — one of the very first of its kind. OLED laptops have been around for a while, and have even showed up on some “gaming” laptops, but they never seemed right for gamers. They were always at a 4K resolution and were locked at 60Hz. That’s no good.

But this new Razer Blade 15 comes with a 1600p resolution and a 240Hz refresh rate — the perfect match for the RTX 3070 Ti inside. That means this is an OLED laptop that’s actually designed for gamers.

And it’s gorgeous. The improvements to display quality are noticeable, whether that’s the extreme contrast or the wider color gamut. It’s all thanks to the OLED backlighting technology. Each pixel is individually lit, meaning you can get absolute black. The panel is glossy too, which heightens the effect of that contrast.

Those improvements are all great, but are not as noticeable as you might think. Considering these panels are hundreds of dollars more, it’s hard to justify that price without an obvious benefit. My initial testing left me thinking that OLED gaming laptops are a bit overhyped.

But then I did something that was never mentioned in the marketing materials from Razer — I enabled HDR in Windows 11. And bam. There it was — the real benefit of OLED that I’d been looking for. Games like Cyberpunk 2077 and Rise of the Tomb Raider look absolutely glorious, bringing out details you’d never seen before and greatly expanding the color palette of the environment. It’s hard to describe with words, but trust me: when supported in games and on a proper display, HDR has the potential to do far more in games than better frame rates or even ray tracing.

And the best part? It doesn’t put any extra stress on your GPU or thermals.

OLED isn’t the only way to get the desired effect. After all, HDR is about dynamic range, and you can get there either through sheer brightness or by deep blacks (or both, preferrably). Mini-LED displays have the benefit of being able to get much brighter than OLED, while still providing better black levels through lighting zones. The more zones, the better, of course, but these mini-LED displays have just as much potential as OLED for HDR gaming.

Very few gaming laptops are using mini-LED displays unfortunately. Asus is making the most progress in this regard, having launched its ROG Nebula HDR Displays, which have a peak brightness of 1,100 nits and are certified for DisplayHDR 1000. As of now, these screens are only available in two laptops: the ROG Flow X16 and the ROG Zephyrus Duo 16. I haven’t either yet myself, but I suspect they represent the pinnacle of HDR gaming in laptops right now.

I have, however, tested some HDR gaming on the 16-inch MacBook Pro. Don’t laugh — I know how that sounds. But Resident Evil Village was recently ported to MacOS, and I tested it out in HDR using the XDR panel. The panel can hit 1,600 nits of peak brightness, and the HDR performance looked incredible. This showed me how good HDR gaming could really be if the industry got behind it.

Point is, the amount of gaming laptops that support HDR through OLED or mini-LED is painfully small. There’s only a handful out there, and that’s a shame.

The weirdest thing? Many of these laptops don’t actually promote that they capable of HDR. They don’t have certification through VESA’s DisplayHDR program, and they don’t even turn HDR are by default in Windows 11.

Facebook
Twitter
Pinterest
WhatsApp
Previous articleApple Watch Black Friday deals: Save on Series 8 and Ultra
Next articleFuture chips may be 10 times faster, all thanks to graphene
- Advertisment -

What is Spotify? Music, pricing, and features explained

Black Friday sales: Tracking the sales live as they start