HomeNewsWhat power supply do you need for the AMD Radeon RX 7900...
News 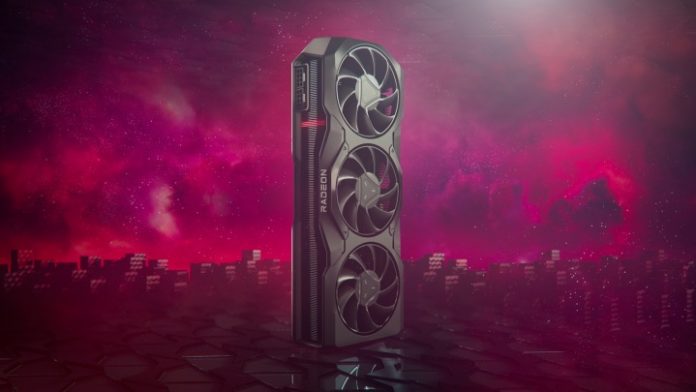 Upgrading your graphics card can sometimes mean upgrading your power supply too, especially if it’s one of the latest generations of flagship cards, like the AMD Radeon RX 7900 XTX. If you want to make sure everything’s smooth and stable, it’s best to check whether your current PSU can handle the upgrades provided by AMD’s new range of GPUs, dubbed RDNA 3 or Radeon RX 7000.

While the range has several cards, the RX 7900 XTX is among those that consume the most power. Even then, it’s still fairly conservative when compared to the Nvidia flagship, the RTX 4090. In Nvidia’s case, the Founders Edition has a total board power (TBP) of 450 watts and calls for an 850-watt PSU. However, some of Nvidia’s board partners that made custom versions of the GPU require a much beefier PSU, reaching as high as 1,200 watts.

In the case of AMD’s RX 7900 XTX, it’s not going to be quite as bad as that. AMD strongly focuses on performance-per-watt, meaning that RDNA 3 packs a lot of punch for a relatively small amount of power. Even then, you still need a solid PSU to ensure everything runs smoothly.

If you’re going to use one of AMD’s best graphics cards, you’re likely to pair it with a great CPU, and those things tend to add up. Below, we’ll talk about some of the best options for a power supply to match the new AMD flagship GPU, so dive right in and pick yours now.

AMD’s Radeon RX 7900 XTX, while a powerful GPU in its own right, is not very demanding when it comes to power consumption. The TBP of the card has been set to 355 watts, which is nearly 100W less than Nvidia’s RTX 4090.

Although AMD itself hasn’t yet released an official recommendation when it comes to the PSU, there are some safe bets that you can pick up right now instead of waiting for AMD’s word on the matter.

The absolute bare minimum for the RX 7900 XTX is going to be a 750W PSU. Going for 850W gives you a bit more breathing room and is probably a safer bet. Remember that AMD’s partners may ask for even more than that, so if you’re putting together a beast of a build, going with a 900W to 1,000W PSU is probably a good idea.

Let’s start from the top. If you want a great 750W PSU for a more budget-oriented build, the Corsair RM750x is a good option. This is a 750W Gold power supply. Corsair has a great reputation when it comes to its cooling and power solutions, so you’re making a safe bet here, and it only costs around $110 at the time of writing.

EVGA may have backed out of making GPUs, but it’s still around and making some solid power supplies, alongside other components. One example of these great components is the EVGA Supernova 850 G7. This 850W Gold Plus PSU is efficient, capable of supporting the RX 7900 XTX and a good processor, and it’s fairly affordable at just around $50 more than the 750W Corsair.

If you’re not a fan of EVGA, some other good options for an 850W PSU include the or the budget-friendly .

Assuming you always prefer to err on the side of caution, you can pick up a really powerful PSU that leaves a lot of headroom and helps you future-proof. It’s not at all necessary for the base RX 7900 XTX, but some of AMD’s partners may request that you use a PSU with a similar wattage. In any case, it’s most likely overkill, but it might come in handy for high-end PC builds.

AMD is using a standard 8-pin connector for its latest graphics card — two of them, to be precise. Some of the models, especially those made by AMD’s board partners, may use three connectors. Regardless, it’s good news for you, the person building the PC, because you won’t need to dabble with new technology for something as crucial as achieving a stable flow of electricity.

Nvidia’s latest flagship, the RTX 4090, as well as the RTX 4080, both rely on a 16-pin connector. Seeing as most power supply units don’t come with one of those, Nvidia bundled its GPUs with the 12VHPWR adapter that is meant to deliver up to 600 watts of power through the use of a single cable. Unfortunately, it didn’t foresee the fact that bending the cable could cause serious thermal issues.

As a result, some users have experienced something downright scary — their power adapters and connectors have caught fire and completely melted. It seems that AMD may have made the right choice by avoiding the 12HVPWR adapter, which is still being investigated by Nvidia.

When picking a power supply, it’s always best to leave some extra wiggle room. You never know what upgrades you might be picking up in the future. You might also end up overclocking, be it your GPU, your CPU, or even both, and both of those things will add extra strain to your PSU.

It’s easy to treat the power supply unit as an afterthought and try to go for something cheap, but trust me, it’s not worth it. A computer without stable electricity is not going to serve you well at all. It’s better to spend a little more for a Gold or Platinum PSU than to regret it later if something goes south.

With that said, there’s no need to go for something that would be total overkill. Your best bet is to add up the potential power usage of your components and then leave a little extra room on top of that. There are PSU calculators online that can help you do that, such as this one created by Newegg.

If you’re using the AMD Radeon RX 7900 XTX in your next build, any of the PSUs mentioned above will do a good job — but if you’d like to check out some other options, be sure to take a look at our lineup of the best PSUs currently on the market.

Huawei launches the Pocket S, a cheaper foldable with lots of personality and color

Best Verizon plan for every type of person 2022