HomeNewsWhat Are The Difference Between Script Kiddies And Hackers
News

What Are The Difference Between Script Kiddies And Hackers 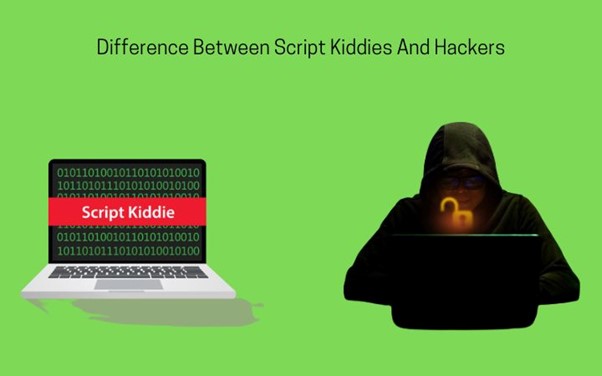 In this technologically advanced world, the rate of cyber hacking has increased. Last year 3 million computers were hacked. There are two types of spammers: one is script kiddies, and another is a hacker.

The thing is, a hacker is a computer enthusiast, and they have an intellectual knowledge of hacking a computer. They mainly get access to your computer illegally.

On the other hand, script Kiddies are not as knowledgeable and intellectual as hackers. They mainly use pre-written cracking and hacking programs to break your computer virtually. In this article, we are going to discuss the differences between hackers and script Kiddies.

What Is A Script Kiddie?

The term script kiddie is a derogatory phrase. It was discovered by computer hackers in terms of immaturity. But they are dangerous, and their intention is to exploit the security of your computer.

Not all hackers are script kiddies, but some inexperienced and less knowledgeable attackers are script Kiddies. They are not interested in learning and understanding the tools that have been used to exploit. But their intention is to find the easy and available tools that are used to destroy the networked computer.

What Are The Characteristics Of A Script Kiddie?

The script kiddie mainly uses programs, techniques, and scripts which are well-known. They find the weaknesses in networked computers to destroy the system virtually.

They attack randomly, along with just a little understanding of the tools that they are using. This means they have knowledge about just the primary facts about the tools and how they cause harm.

The intention of script kiddies is just for fun, to create disarray, to seek attention or they want to take revenge. Hackers don’t respect script kiddies because they don’t have advanced knowledge of hacking, and also, they have no contribution to developing the hacking culture.

Script kiddies are very dangerous as they can release their wrath upon security authorities on the whole hacker group. They learn hacking techniques from their peers when they get bored.

What Is A Hacker?

A hacker is a cybercriminal who breaks into your networked computer system virtually. They have several intentions behind hacking your computers, such as installing malware, disrupting services, and so many others.

Hacking is also done for ethical reasons like they try to find vulnerabilities so that they can be fixed.

The Ways That You Can Protect Your Computer Against Hacking?

Below we have mentioned some of the ways that you can protect your computer from hacking.

You have to make sure that your employees have enough knowledge of popular hacking techniques. This means they have the ability to handle phishing or ransomware and can develop policies to fight against these types of attacks. Apart from that, you have to be aware of your employees using strong passwords rather than easy-to-guess and convenient ones.

You have to update or install technology onto your computer which can easily detect any upcoming cyber attacks. In this case, you have to make sure that your computer technology can cover all potential access and remediate the broad range of attacks. Not only that, but make sure it can only permit all end-user devices that are permitted to interact with the organization’s data and system.

You also have to update such processes, which can develop safeguards and policies. This means it will work both inside and outside of the office. The policies should address accessing corporate resources, which types of files will be downloaded, and also mention specific websites which are allowed to visit.

What Are The Types Of Hackers?

Below we have discussed the types of hackers.

Cybercriminals are one type of hackers who mainly use tools such as ransomware, phishing, and malware. Their purposes of launching attacks are for financial gain and other terrible purposes. They steal data such as passwords, bank details, email addresses, and so on in order to sell it for profit purposes.

Ethical hackers do not hack computers illegally. They are permitted to break the computer system virtually in terms of finding the data. Government organizations and businesses mainly hire ethical hackers to reveal software vulnerabilities and other security weaknesses. So they can be solved before being attacked by any cyber-criminal.

Hackvisitis uses tools to break into businesses’ computers virtually. Their main purpose is to steal and reveal personal information and data of your organization.

What Are The Differences Between Hackers And Script Riddles

Here are the main differences between hackers and script kiddies.

Script kiddies are less experienced and immature. On the other hand, hackers are mature and have intellectual knowledge about hacking techniques.

Script kiddies never make their own scripts, but they use other people’s written programs that are found on the internet. Meanwhile, Hackers are planning before hacking any networked computer system. They don’t use other people’s hacking techniques.

Hackers mainly understand while they are hacking and what they do. But script kiddies are immature and have less knowledge of what they do.

Script kiddies have less knowledge which means they are learning and developing hacking skills. They prepare for fewer attacks. On the other hand, hackers have the knowledge, and they are experienced. Not only that, but they have computer networking knowledge and programming knowledge, and so on.

We have mentioned some of the factors about script kiddies and hackers above in this article. Not only that both are hackers, but the main thing is script kiddies are immature, and hackers are mature. Their intention is most probably the same, which is to hack the computer.

Not only that, there are some famous script kiddies such as Star Wars Rebels, Alexander the Great, and so on.

We hope you found this article helpful. In case you have queries, please comment down below.

What Are The Difference Between Script Kiddies And Hackers