HomeNewsTwitter’s SMS two-factor authentication is having issues. Here’s how to switch methods
News

Twitter’s SMS two-factor authentication is having issues. Here’s how to switch methods 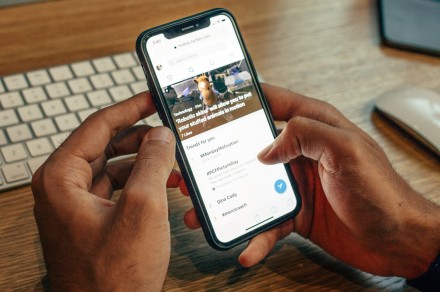 It might be a good idea to review and change your two-factor authentication options for Twitter. Elon Musk’s Twitter has another issue for its users to worry about.

Twitter has reportedly been having issues with its SMS two-factor authentication feature (2FA). According to Wired, beginning as early as this past weekend, some Twitter users have reported difficulties logging in to their Twitter accounts due to the app’s SMS 2FA feature not working properly. Essentially, the feature relies on the app sending users an authentication code via text message, which they can then enter as a second step in the login process.

But some users are saying that they are not receiving this code at all or that the code shows up hours later. And not getting the code is understandably worrying, because without it users with SMS 2FA enabled can’t log in to their accounts or access certain account features. This is also not a new problem as Twitter has grappled with it before. But it is concerning that the issue has come back during a time when Twitter is already struggling.

It’s also worth noting that not every user experienced this SMS 2FA issue. And Android Authority reported on Monday that the SMS 2FA feature was “starting to get fixed” and that some of the users who couldn’t use it are now able to. But if this recent hiccup has you worried that it could happen again, resulting in you being locked out of your account, you have another option to consider: changing your Twitter 2FA method. Here’s how to do it:

How to change your Twitter 2FA method: desktop web

Step 1: From the homepage, select More.

Step 5: Deselect the Text message option if you had it enabled. Then choose either of the two options left: Authentication app or Security key. Then follow the on-screen instructions to set up your new method.

Step 5: Toggle off the Text message option if it was turned on. Then toggle on either of the two remaining options: Authentication app or Security key. Follow the on-screen instructions that appear to finish your setup.

Twitter’s SMS two-factor authentication is having issues. Here’s how to switch methods

Black Friday: Get this HP printer and 6 months of ink for $49