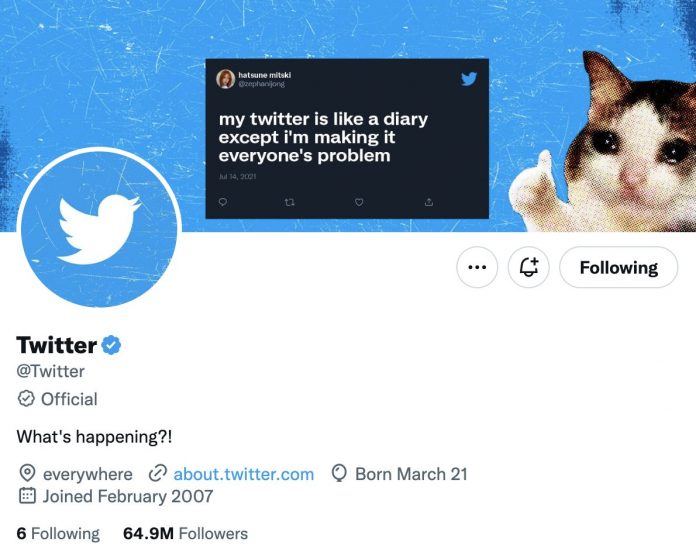 Twitter on Tuesday revealed details about the way its new verification scheme will work, with some originally verified accounts set to get an “Official” label, while users who pay the $7.99 monthly subscription for Twitter Blue will get a blue checkmark that isn’t tied to identity verification.

“A lot of folks have asked about how you’ll be able to distinguish between @TwitterBlue subscribers with blue checkmarks and accounts that are verified as official, which is why we’re introducing the ‘Official’ label to select accounts when we launch,” said Twitter product executive Esther Crawford in a tweet.

“Not all previously verified accounts will get the ‘Official’ label and the label is not available for purchase. Accounts that will receive it include government accounts, commercial companies, business partners, major media outlets, publishers and some public figures.”

Crawford shared a screenshot of what the “Official” label would look like on the profile page for the @Twitter account, and went on to say that the new Twitter Blue is an opt-in paid subscription that does not include ID verification. “We’ll continue to experiment with ways to differentiate between account types,” she added.

Traditionally, the blue checkmark let other Twitter users know that an account with the badge had provided Twitter with verification details like employer information, a phone number, or a copy of their driver’s license.

Under new owner Elon Musk’s plan, the new Twitter Blue checkmark will simply indicate that an account it a paying subscriber. Why the company still plans to continue calling it “verification” is, however, unclear at this time. Twitter Blue is reportedly launching on Wednesday, November 9, following a delay in rollout until after the U.S. midterm elections.

Not all previously verified accounts will get the “Official” label and the label is not available for purchase. Accounts that will receive it include government accounts, commercial companies, business partners, major media outlets, publishers and some public figures.

The new subscription service has been widely criticized in the past few weeks, with Musk promising it will cut down on spam and impersonation on the platform. Musk himself has fallen victim to impersonation by several comedians and influencers who changed their Twitter display names on their verified profiles to “Elon Musk” without indicating that they were parodying his account. Some of the users were locked out of their own accounts until they changed their names back.

“Going forward, any Twitter handles engaging in impersonation without clearly specifying ‘parody’ will be permanently suspended,” Musk later tweeted, adding that there would be “no warning” before suspensions are imposed and that any name change would result in people losing their original blue checkmark.Tag: Twitter
This article, “Twitter to Add ‘Official’ Label to Some Accounts With Original Verification Checkmark” first appeared on MacRumors.com