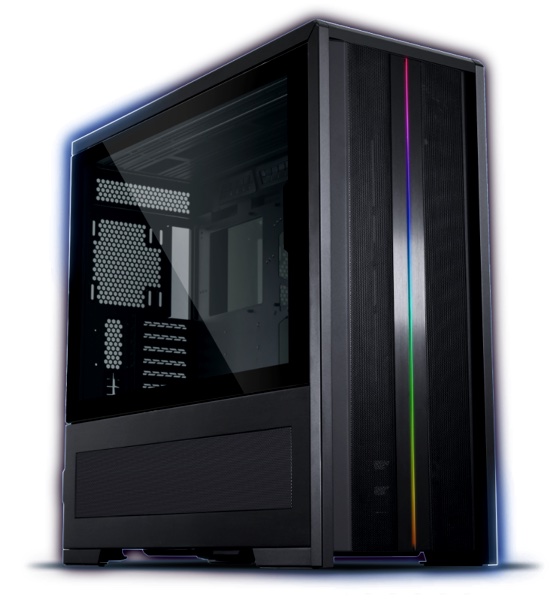 The V3000 Plus has been in the works since early 2022 when Lian Li showcased the case in a YouTube video. The company touted this chassis’ extensive cooling and internal space — large enough to hold two entire PC systems.

The case sports a full aluminum chassis with an ARGB strip straight down the center front panel. Both side panels are made of tempered glass.

Cooling is at the center of the V3000 Plus tower. It supports up to 16 fans and up to three 480mm radiators and one 360 mm radiator. There are also two reservoir plates for your pumps if you opt for liquid cooling.

There’s decent cable management built right in, as well. Lian Li included five small velcro straps and two large straps in the housing, so you can tuck those cables up nicely. The rear panel is tinted darker than the sides to better hide the cable. Face it, no matter how much velcro you use, your cables are going to be a mess.

The chassis uses a toolless mount system for your SSD, and you can fit up to four storage drives, thanks to a variety of cages and trays.

Don’t get too excited, however. The case can only fit one older EEB motherboard, an E-ATX board, or a micro-ATX board, and one tiny ITX motherboard as the second system. You can opt for a standard or rotated version of the tower; in which case you can use larger boards for Raptor Lake chips or with AM5 sockets.

The good news is you could actually fit a monster GPU in here. Take the biggest card around as an example. The Nvidia GeForce RTX 4090 is 304 mm long and 137 mm thick. The V3000 Plus case has 589 mm of clearance space on one side and 320 mm on the other. There are eight slots available, so it will accommodate whatever GPU you throw at it.

Imagine having your gaming PC and your work computer all together … but separate. It could actually happen with this tower. We don’t yet know the pricing details or final release date, so stay tuned.

Black Friday: Save $200 on the Samsung Galaxy Tab S8 Ultra