The Pixel 7 is Google’s iPhone, and it’s my favorite Android phone so far 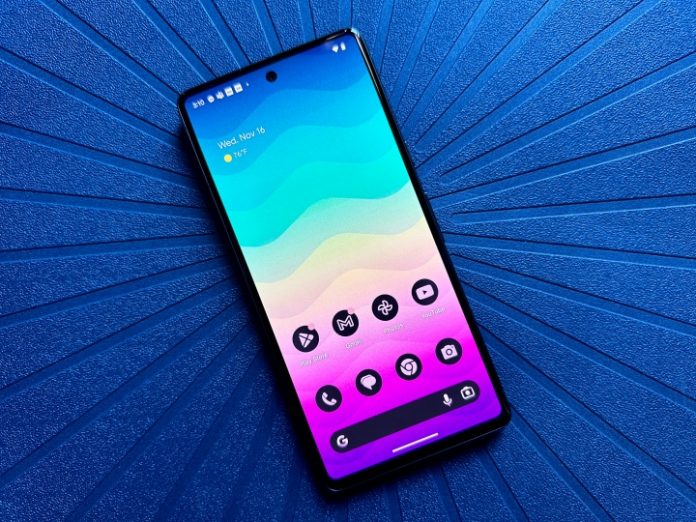 I’ve been a long-time user of Apple’s iPhone — since 2008, to be exact. I got my first iPhone as a birthday present, and it was the original one that started it all. Every year since, I’ve upgraded to the latest and greatest that Apple has to offer (most recently, the iPhone 14 Pro), and I don’t regret my decision one bit.

However, since I started at Digital Trends, I’ve been expanding my horizons by giving Android devices a try. There are a ton of different manufacturers, and each one has its own version of Android. But so far, my favorite has been Google’s own Pixel 7. To me, it’s just like Google’s version of an iPhone, and it’s quite lovely.

Android is to Google what iOS is to Apple

Apple unveiled the iPhone in 2007, which came equipped with iPhone OS. Android was originally developed by the Open Handset Alliance, and the first commercial sponsor was Google. In 2005, Google bought Android, Inc., and it helped refine the Android operating system before launching the first Android phone, the T-Mobile G1, in 2008. Even though there are many Android manufacturers these days, it’s primarily Google that handles the development of the Android operating system. Individual brands have heavily customized versions of Android on their devices, but Google still leads the charge.

With the Pixel 7, the hardware is designed by Google, and the version of Android on it is quite pure compared to other brands. The Pixel 7 also uses Google’s own in-house Tensor G2 chip, similar to Apple and its A-series Bionic chips in iPhones.

I’ve tried a handful of different Android smartphones in the past few months, but so far, my favorite has definitely been the Pixel series. One of the biggest reasons is that the software doesn’t feel like bloatware.

As someone who has used iPhones for over a decade, I feel like the Google Pixel 7 with Android 13 is pretty comparable. Android 13, without any customization from third parties, is fast, snappy, and responsive. It also feels very similar to iOS 16; I picked up the Pixel 7 and started using it naturally with the swipe navigation gestures I know from iOS, and it’s pretty much the same. Swipe up from the bottom to return home, do a longer swipe up to bring up the app switcher, swipe down from the top to bring up notifications and quick settings, swipe from the left to go back, etc. I applied what I knew from iOS, and it worked flawlessly on the Pixel 7.

Like most people my age, I’ve had a Google account for most of my lifetime. I primarily use Gmail, I have a ton of photos already backed up to Google Photos, my primary calendars have always been on Google Calendars, I reluctantly use Google Drive/Docs/Sheets/Slides when necessary, and I’ve kept my address book in Google as a failsafe.

So, even though I use an iPhone (and other Apple gear), most of my data is in Google — meaning I can access it on anything. I love that once I log in to my Google account on the Pixel 7, all of my important stuff is already on the device, and I don’t need to set up any third-party account (like with Samsung, OnePlus, etc.) to back up my data.

Though I like Android 13 so far on the Pixel 7, I do notice some things are still done better on the iPhone. For example, it’s a bit jarring when I’m scrolling through something, and it suddenly stops when I reach the bottom. I also love tapping at the top of the status bar on my iPhone to simply go back to the top of the screen, which apparently is not a thing on Android. When it comes to small things like that, I still appreciate iOS and how it adds a bit of elasticity and bounce when scrolling. They’re little details, but they matter to me.

The Pixel 7’s design game is too good

I’m a bit of a butterfingers, so the moment I get a new phone, I will shove it right in a case if I have one — and the Pixel 7 is no different. However, when I have it out of a case, the glass material for the back cover makes it feel premium, even with the aluminum enclosure.

I honestly wish my iPhone 14 Pro had an aluminum frame instead of stainless steel because I’m not a big fan of the glossy finish (fingerprint smudges). Of course, since my Pixel 7 unit is the Obsidian black variant, it does get fingerprints easily.

I’m also a big fan of what Google did for the camera with the camera bar design. Again, as someone who has been using iPhones, the triple-lens camera array on the iPhone 14 Pro is a little tiring at this point, and the camera bar is unique and distinctive — similar to how iPhones were when they first came out. I also enjoy how the camera bar has a matte aluminum look since it’s an extension of the aluminum frame; it adds a nice contrast with the glossy back.

Oh, and let’s not forget that the camera lenses sit flush with the camera bar. Though the bar sticks out like the camera bump on the iPhone 14 Pro, once you put a case on the Pixel 7, the camera bar protrusion isn’t noticeable.

Apple devices are always considered premium in terms of aesthetics, but I’m very impressed with what Google has come up with in the Pixel 7, even if it’s not the Pro version. To me, the hardware of the Pixel 7, combined with a pure version of Android 13, just makes me think if an iPhone was made by Google, this would be it.

One of the main reasons why I always upgrade my iPhone every year is for the camera improvements that Apple adds to the Pro models. However, the performance of the Pixel 7 as a camera has left quite an impression on me, especially the post-editing tools.

Though my iPhone 14 Pro remains my primary device, I’ve enjoyed testing the Pixel 7 camera in my time with it so far. Images that I’ve captured with the Pixel 7 have been balanced with the proper colors that you’d see in real life, which are pretty similar to the results I get with the iPhone 14 Pro. I haven’t taken any photos that looked washed out or artificial, unlike other Android phones I’ve tested, like the OnePlus Nord N300 5G. Of course, the selfie camera on the Pixel 7 isn’t the best because of inaccuracies with skin tone, but the dual rear-camera system is ace.

However, while I could easily just point the Pixel 7 camera at anything and get good results, it’s not my favorite feature of the phone. No, I actually love Google’s photo editing tools more, which is what I wish Apple would add to the iPhone. Specifically, the Magic Eraser tool is the biggest selling point for me, and one of the reasons I would purchase a Pixel if I were not an iPhone user.

As someone who has primarily only used iPhones for photo editing, the built-in editing tools in the Photos app are pretty barebones. You have just the basics and a few filter-like effects. I would love to see Apple add in a tool like Magic Eraser because I have thoroughly enjoyed using it to eliminate strangers in the backgrounds of some of my favorite Disneyland photos. I also like how Google will utilize its artificial intelligence (AI) to analyze a photo and make suggestions on how to improve it. I don’t always use the suggestions, but I like having the option in case I need inspiration.

I haven’t made full use of every feature that the Pixel 7 has to offer in terms of camera and photo editing, but it’s easy to use and get great pictures, and editing has never been simpler. I really wish Apple would have some similar features in iOS later down the line.

The Pixel is Google’s iPhone, and that’s a good thing

I’m still going to use my iPhone 14 Pro as my primary device, but if my iPhone tie-in weren’t so strong, the Pixel 7 (perhaps even the Pixel 7 Pro if I tried one out) would be my phone of choice. I simply love how fast and snappy Android is on it, without the customized forks of Android that other manufacturers use on their hardware. The overall aesthetics and feel of the Pixel 7 are also very well done, and the camera and photo features are great.

I know there’s still a lot for me to try out in the world of Android, and I’m only just starting to tread the waters. But the Pixel experience — so far — has been so pleasant for me. Even though other manufacturers have their own strengths too, I wish all Android devices could be as good as the Pixel.

Too good to miss: This $79 Chromebook deal is almost gone

The Pixel 7 is Google’s iPhone, and it’s my favorite Android phone so far

This Lenovo gaming laptop is $599 for Black Friday