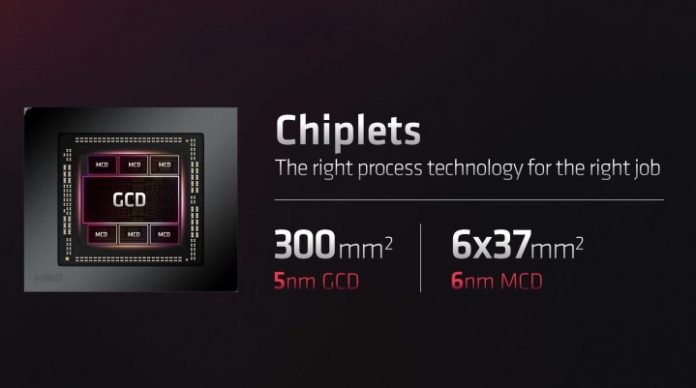 Have you ever imagined the process of creating the blueprint for a brand-new piece of PC hardware? If you’re picturing a bunch of engineers and a whiteboard, you’re probably not wrong, but sometimes, it all starts with a small idea jotted down during a slow meeting.

That seems to be the case with AMD’s upcoming RX 7900 XTX and RX 7900 XT. AMD experts talked about the creation process of the new GPUs, soon set to rival some of Nvidia’s top graphics cards.

It’s been a big year for AMD, with the innovative 3D V-Cache Ryzen 5800X3D, next-gen Ryzen 7000, and lastly, RDNA 3 GPUs all being launched. In the case of the RX 7900 XTX and 7900 XT, the beasts that sit atop AMD’s new graphics cards lineup, it’s safe to say that the cards had rather humble beginnings. According to AMD fellow Andy Pomianowski, the initial idea for the new RDNA 3 architecture was conceived on a bit of napkin and a notepad found at a hotel.

“We’ve had a lot of success in server and the desktop market, and the application of that technology to GPUs wasn’t obvious,” Sam Naffziger, AMD’s corporate fellow, told PC Gamer.

This is a huge change, but it was initially born out of what seems to have been a dull off-site meeting for Naffziger. Referring to the meeting, he said: “There was one where we were sitting there thinking, my mind is working in the background, and just thinking through all of the technology challenges and the options. And so I started scratching out on a little hotel pad there, which no one usually uses but once in a while they come in handy.”

According to PC Gamer, Naffziger sketched out something resembling the GCD and MCD duo that now powers up the next-gen graphics cards. Pomianowski liked the idea well enough to go through with it. “Start with a napkin. Then it’s PowerPoint, and then the engineering teams just do it,” Pomianowski joked, simplifying what must have been hundreds of hours’ worth of work for the AMD engineering team.

AMD didn’t just introduce a brand-new architecture, it also made each MCD much smaller than the GCD, thus increasing yields. This could make for a better level of supply once the initial hype dies down.

Although AMD won’t be trading blows with Nvidia’s champion RTX 4090, it stands a good chance of being highly competitive against the RTX 4080 — at a much lower price. The GPU market is heating up and the next couple of months should be interesting.