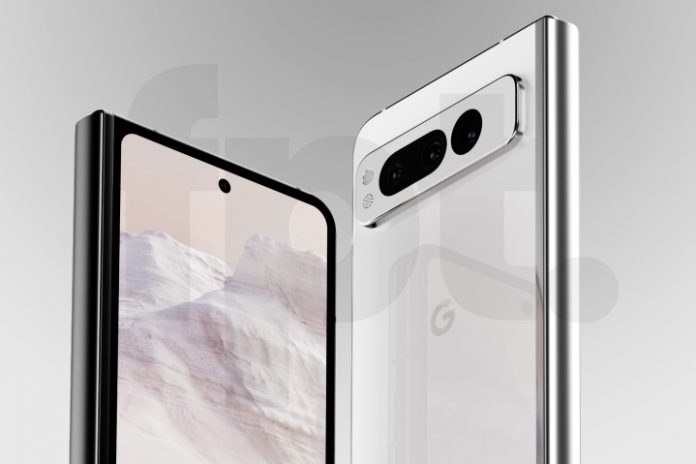 Ever since Samsung released the first Galaxy Fold, there have been rumors and speculation about a Google-made foldable phone. What would it look like? How much would it cost? Is a foldable Pixel something Google is even interested in?

Following months of tiny leaks and reports, we now have our biggest piece of Google Pixel Fold news to date. On November 14, FrontPageTech published numerous renders showcasing the Pixel Fold’s design. And, in short, it looks pretty damn incredible.

We’ll start with the outside of the phone. The front of the Pixel Fold is home to a large outer display that’s noticeably wider than the narrow cover screen on the Galaxy Z Fold 4. The Pixel Fold’s outer screen also has a 9.5MP front-facing camera in a hole-punch cutout with pretty slim bezels all around. Around the back is a triple-camera system with a housing that looks just like that of the Google Pixel 7 Pro. Camera specs aren’t confirmed here, but it’ll presumably have the same setup as the Pixel 7 Pro — including a 50MP main camera, 12MP ultrawide camera, and 48MP telephoto camera.

Open up the Pixel Fold, and we’re treated to a large tablet-like display that appears to be in a landscape orientation. There are fairly big bezels on the top and bottom of the inner screen, with the top bezel discretely hiding another 9.5MP camera for selfies and video calls. Other design details include a USB-C charging port, speaker grills on the top and bottom frame, and a fingerprint sensor embedded into the power button.

There’s another interesting detail in this leak, and that’s the price. FrontPageTech reports that the Google Pixel Fold will retail for $1,799. That’s a lot of money and significantly more expensive than the Pixel 7 or Pixel 7 Pro — but compared to other foldables, it’s right on par. Samsung’s Galaxy Z Fold 4 also starts at the same $1,799, as did the Fold 3 before it. Google won’t be doing anything revolutionary at that price, but it should also keep the Pixel Fold nice and competitive with its biggest rival.

So, what’s the big takeaway from all of this? Assuming these renders are accurate, the Pixel Fold looks really, really good. It’s essentially a Google-ified version of the Oppo Find N, and that’s nary a bad thing at all. If Google can deliver a foldable smartphone with top-notch cameras, as well as its usual Pixel smarts thanks to a Tensor chip, and support the whole thing with big-screen-optimized software with Android 13, we could be in for a major treat.