HomeNewsThe good thing is, it won’t matter if the Pixel Fold turns...
News 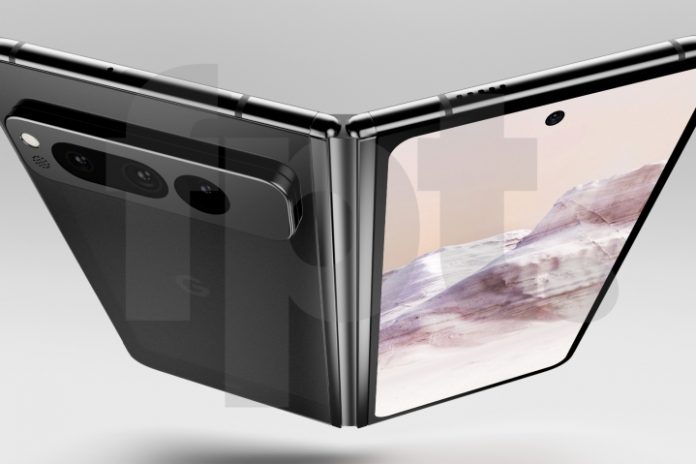 But when I think this, another part of me knows that it won’t matter if it’s a disappointment — because the very fact it’ll be right there ready to buy will be of far greater significance than whether it’s any good. I know this sounds odd, so let me explain.

Why do I lack faith?

The Pixel 7 and Pixel 7 Pro are both risky purchases. It seems to be a potluck if you get a good one, and the problems that can arise if you don’t are not insignificant. I’ve been immensely lucky with my Pixel 7 Pro, which works mostly as you’d expect, but several other people—  including Digital Trends’ Mobile Editor Joe Maring — have had phones that are bug-ridden and unreliable. I hear more horror stories about Pixel 7 ownership than I do positive ones, and that’s not good.

Then there’s the Pixel Watch. It’s expensive, it lacks expected features, and while the design is not ugly, it is terribly ordinary. Google also made a serious misstep by only making it in one size, showing either a lack of understanding or money. It’s Google we’re talking about here, so I’d have to assume it’s a lack of understanding, which is a big concern. The Pixel Watch can be buggy too, and the software design and implementation isn’t a patch on Samsung’s interpretation of Wear OS 3 on the Galaxy Watch 5.

Many have called the Pixel Watch Google’s “first” smartwatch, but it’s not really. The company has been involved in wearables since the very beginning and has made hardware for years too. It’s not the result of an optimistic Kickstarter campaign, and Google is hardly a startup.

For the 2022 Pixel product range to be so hit-or-miss in general is surprising and worrying, as the Pixel Fold really will be the first of its kind for Google — and folding smartphones are still a nascent product line in general. If it gets smartwatches so wrong and can’t nail quality control for its smartphones, what’s in store for the Pixel Fold? I think I’m right to feel some trepidation around it.

Why it won’t matter

With this in mind, let’s look into the future. The first scenario is the Pixel Fold arrives, it’s ace, and Google proves it can make winning hardware paired with its (usually) top-notch Android software — now specifically designed to work well on foldables. All is forgiven, and my worries were for nothing. The second scenario is it arrives, and it’s like two Pixel 7’s nailed together with twice the bugs, twice the unreliability, and twice the risk involved in buying one. Maybe I’m exaggerating, but you get the idea.

At this point in my imaginary future, the two scenarios will converge into one outcome, the “bigger picture,” and the phone’s quality and ability won’t matter. Everyone should be rejoicing that it is available to buy at all. It won’t matter if it’s good, bad, or indifferent — the main thing is that we should be crowding the streets celebrating its existence. To paraphrase Dick Jones in Robocop, “Who cares if it works or not!”

The Pixel Fold will have solved one of the greatest problems with big-screen foldables at the moment: Choice. A manufacturer other than Samsung will have made a folding smartphone and put it on sale in the U.S. and the U.K., ending this period of being forced to choose between a big Samsung foldable or a small Samsung foldable … and that’s all. For folding smartphones to become better, for more people to consider them, and for the market to become more mature and healthy, we need more than one manufacturer making and selling them.

What about the other foldables?

Oppo, Xiaomi, Vivo, and Huawei all make folding smartphones, but if you live in the U.S., you can’t buy any of them. Samsung dominates the market. It’s great that the Z Fold 4 and Z Flip 4 are such excellent smartphones, but I still want a choice when I go into a store. Samsung’s control inevitably puts other companies off selling a new, expensive, folding smartphone in the U.S. — a market where they don’t always have those important, established relationships with carriers or retailers. It makes it financially difficult to introduce a phone where margins are likely already slim, so selling them only in markets where they have clout is sensible.

Google has money and clout, and the market is right there waiting to be wrestled from Samsung. It has a massive 62% of the global market share for folding smartphones, according to Counterpoint Research, with Huawei taking 16%, Oppo a mere 3%, and “others” the remaining 18%. You can buy the Huawei Mate Xs 2 in the U.K., but otherwise, all the other models are available almost solely in China. When you say folding smartphone, you tend to think of Samsung, and that needs to change for the health of the market.

The Pixel Fold could be the device to do it, and unless it’s an absolute dog, it won’t matter that much if it’s as risky to buy as a Pixel 7 or Pixel 7 Pro. It’ll make foldable smartphones more common, more people will begin to understand and consider them, and more people will see how life-changing a big-screen folding smartphone can be. But more than that, the Pixel Fold has the potential to open the door for more companies to take a risk and sell a folding smartphone outside China, and that’s exactly what we need.

Folding smartphones are fantastic, and the more choice there is, the more people will realize. When that happens, more companies will decide to make and promote them. I don’t care whether the Pixel Fold is any good or not (within reason) — I just want it on sale where I and everyone else can have a chance of buying it.

Apple vs. Samsung: Who has the best lock screen customization in 2022?