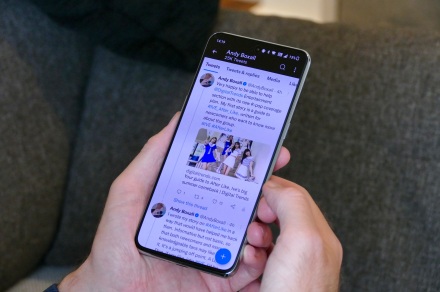 Twitter’s recent blue check verification drama took an even sillier turn yesterday. Amid all the recent commotion regarding Twitter Blue subscriptions, paying for blue checks, and impersonation versus parody, some Twitter users temporarily lost their ability to edit their screen names.

On Monday evening, some verified Twitter users began reporting that they couldn’t change their screen names. It’s unclear to us at this time if the issue these users were experiencing was a bug or a new feature of a platform that was recently purchased by Tesla CEO Elon Musk.

I'm suddenly unable to remove the (Parody) from my profile name, though I can edit other information in my profile 🙃

In any case, whatever it was, the issue seems to have resolved now, as some of these verified users later reported being able to edit their screen names once again. (I also checked with one of our editors who has a verified Twitter account, and as of this writing, he said it was working fine. And for what it’s worth, I don’t have a verified Twitter account, but the feature still works for me.) And so if you had trouble editing your Twitter screen name yesterday, it might be worth checking again to see if it’s working today.

If it was just a bug, it’s terrible timing for the newly Musk-helmed Twitter, which has already experienced quite the backlash from its own users regarding changes to the platform Musk plans to make, including a controversial move to charge users $8 per month to have a Twitter blue check badge at all. Some users (including celebrities) initially responded to the news of Musk’s planned changes by changing their own Twitter screen names to “Elon Musk” to make fun of the situation.

That seemed to lead to Musk to respond by announcing new consequences for “impersonation”:

Going forward, any Twitter handles engaging in impersonation without clearly specifying “parody” will be permanently suspended