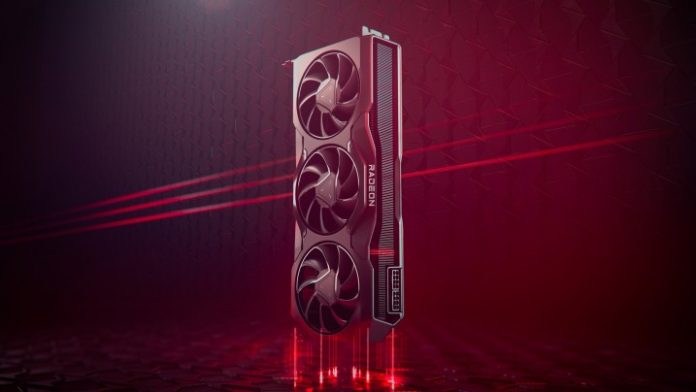 This could help bridge the gap between the higher-end RX 7000 GPUs with the top-end models; by contrast, the RX 6800 XT launched for $649, well below the 6900 XT’s price tag with no GPU in between the two models.

Here’s a quick look at how these two models differ on the spec sheet.

The TDP for the 7900 XT is also a little lower, of course, as is the clock speed. Overall, both GPUs are quite similar — the only real difference will be performance.

The 7900 XT and 7900 XTX are both powered by the new RDNA 3 architecture, which is radically different from RDNA 2, the architecture inside of RX 6000-series GPUs. The two GPUs share the same architecture, but it’s worth exploring when considering AMD’s latest and greatest.

Most importantly, chiplets, the technology that propelled Ryzen into first place back in 2019, have finally come to GPUs. That’s big news, but the chiplet design in RX 7000 is in many ways very different from what we’ve seen with Ryzen and other AMD CPUs. Instead of having multiple dies for cores and one extra die for I/O and other functions, RX 7000 GPUs have one die with all the cores and several dies that each have one GDDR6 memory controller and 16MB of Infinity Cache. The chip with all the GPU cores is now called the Graphics Compute Die (GCD) and the chips with memory controllers and cache are Memory Cache Dies (MCD).

This means an RX 7000 GPU (specifically the 7900 XTX) can have up to 96MB of Infinity Cache and a bus width of 384-bit, which together allow the 7900 XTX to hit a peak bandwidth of 5.3 TB/s. Meanwhile, the 7900 XT appears to have one less MCD and thus has just 80MB of cache and a 320-bit bus, as well as 4GB less VRAM. Lower-end RX 7000 GPUs will likely use a different GCD and even less MCDs, but we’ll have to wait until those are announced next year for all the details.

RDNA 3 also comes with a new node. Last-generation RX 6000 GPUs were fabbed on TSMC’s 7nm node; now, RX 7000 GCDs are fabbed on 5nm, which has up to 1.8 times the transistor density of 7nm as well as offering a 15% clock speed boost for the same power consumption or 30% less power at the same clock speed. Combined with architectural improvements, 5nm reportedly allows RDNA 3 to be 54% more efficient than RDNA 2.

Meanwhile, RX 7000’s MCDs are fabbed on TSMC’s 6nm node, which is basically 7nm but with a focus on efficiency, low power, and low cost. Cache and I/O devices like memory controllers are increasingly more difficult to shrink with every new generation, which is why AMD is sticking with 6nm for these MCDs; 5nm is just too expensive while providing little improvement for this kind of stuff.

Still, performance is definitely the single most important thing we all care about, and AMD has provided some figures for us, but only for the 7900 XTX and only compared to the 6950 XT. In six AAA games tested at 4K (three of which also had ray tracing enabled), the 7900 XTX was about 1.5 to 1.7 times faster than the 6950 XT. If AMD had tested a 7900 XT, we could guess that it would be about 1.3 to 1.5 times faster than the 6950 XT, but this is just speculation.

In esports titles specifically, AMD claims the 7900 XTX quite easily hits frame rate caps at 1440p, such as Apex Legends‘ 300 frames-per-second (fps) cap and even Valorant’s 833 fps cap. At the other extreme, AMD claims the 7900 XTX can also game at 8K, even well above 60 fps. This sounds very familiar to Nvidia’s 8K gaming claims and it sounds a little too good to be true (AMD does admit it needs FSR to hit these frame rates), but at least the 7900 XTX has DisplayPort 2.1 so it can actually show more than 60 fps at 8K, unlike the RTX 4090.

However, that’s not all there is to RX 7000. AMD is also introducing FSR 3, which the company says will deliver as much as double the frames as FSR 2 does. It seems FSR 3 will come with a feature called “Fluid Motion Frames,” which could be the secret behind such a large increase in frame rate, but unfortunately AMD didn’t elaborate much on FSR 3 or “Fluid Motion Frames”; in fact, this detail comes from the endnotes of AMD’s presentation. FSR 3 is slated for a 2023 debut.

After seeing the massive difference between the RTX 4090 and the RTX 4080 (especially that canceled 12GB model), it’s a relief to see RX 7000 isn’t repeating that situation. As far as GPU launches go, the 7900 XT and 7900 XTX are a bit conventional, with the XTX model representing the best of the best AMD has to offer while the XT is a bit more cut down for a lower price.

So, based on this preliminary data, which GPU should you buy? At the moment, the 7900 XTX actually seems like the better deal. For $100 more, you get about 15% more cores, a significantly higher clock speed, a little more VRAM, while having about the same amount of power consumption. But we’ll have to test them ourselves before we make our final recommendations on how all these specs play out.