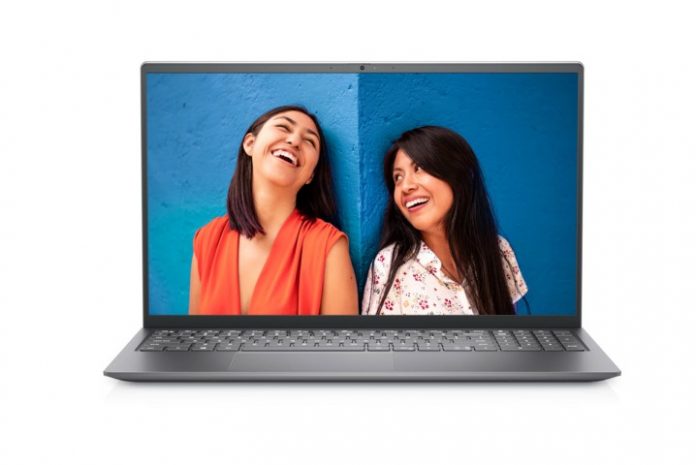 You don’t have to wait for Black Friday to enjoy savings on laptops and desktop computers because this year’s Dell Black Friday deals are already online. Dell continues to add to its offers as the shopping holiday draws nearer, giving you more options to choose from so that you won’t have to go through the chaos on Black Friday itself. Here are some of the best deals that you can buy today — if any of them fits your needs and budget, it’s highly recommended that you finalize the purchase immediately because we’re not sure if they’ll still be available tomorrow.

One of the cheapest Black Friday laptop deals that you can get from Dell is for the Dell Inspiron 15, an affordable but reliable laptop for basic functions like typing documents, doing online research, and watching streaming content. It’s equipped with the 11th-generation Intel Core i3 processor, integrated Intel UHD Graphics, and 8GB of RAM, which our laptop buying guide says is the sweet spot for most users. The Dell Inspiron 15 also comes with a 15.6-inch Full HD screen for clear details and vivid colors, and a 128GB SSD with Windows 11 Home in S Mode pre-installed so that you can start using the laptop as soon as you unbox it.

If you want versatility from your device, you should go for the Dell Inspiron 14 2-in-1 laptop. Similar to some of the best 2-in-1 laptops, the 360-degree hinge on its 14-inch Full HD+ touchscreen allows for easy transformation from laptop mode to tablet mode by folding the keyboard all the way back. You can also use the Dell Inspiron 14 in tent mode or media mode, for delivering presentations and catching up on your favorite streaming shows. Whichever form you use, you’ll enjoy fast performance from the laptop’s 12th-generation Intel Core i5 processor, integrated Intel Iris Xe Graphics, and 8GB of RAM. It’s also got Windows 11 Home pre-installed in its 512GB SSD.

The Dell XPS 13 is a mainstay in Digital Trends’ best laptops, partly because of its gorgeous and compact design with virtually no bezels surrounding its 13.4-inch Full HD+ screen. That’s combined with reliable performance from its 12th-generation Intel Core i5 processor, integrated Intel Iris Xe Graphics, and 8GB of RAM, which will let you multitask between apps without worrying about slowdowns or crashes. The Dell XPS 13 also promises fantastic battery life and a comfortable keyboard, which will help if you’re planning to use the laptop for long hours to complete projects for work or school.

The affordable Dell G15 gaming laptop is even cheaper from Dell’s Black Friday gaming laptop deals, but that doesn’t mean it’s an outdated machine. It won’t have trouble running the best PC games with its 12th-generation Intel Core i5 processor, Nvidia GeForce RTX 3050 Ti graphics card, and 8GB of RAM, and you’ll be able to appreciate modern video game graphics on the laptop’s 15.6-inch Full HD display. You’ll have enough space to install several AAA titles on its 512GB SSD, which comes with Windows 11 Home out of the box. The Dell G15 features a thermal design inspired by Dell’s gaming-focused Alienware brand, for optimal cooling to maintain peak performance even after hours of playing.

The Dell XPS 15 is at the top of our best 15-inch laptops due to its combination of a streamlined build, perfect aesthetics, and strong productivity, among other features. Its 15.6-inch Full HD+ screen with the InfinityEdge design that virtually eliminates the bezels is simply gorgeous — perfect for creative work or watching your favorite streaming content. The Dell XPS 15 doesn’t sacrifice performance for its looks, as it comes with the 12th-generation Intel Core i7 processor and Nvidia GeForce RTX 3050 graphics card, plus 16GB of RAM that’s recommended for laptops by our guide on how much RAM do you need. The device also comes with Windows 11 Home out of the box, in its 512GB SSD.

Most of the best gaming laptops come with an Intel processor, but as the gap in the AMD vs Intel rivalry closes, you might want to try an AMD-powered gaming laptop like the Alienware m15 Ryzen Edition R5. It runs on the AMD Ryzen 9 5900HX processor, Nvidia GeForce RTX 3070 graphics card, and 16GB of RAM, which makes the machine ready even for the video games that will be released in the near future. The gaming laptop also comes with a 15.6-inch Full HD display with a refresh rate of up to 360Hz and support for Nvidia’s G-Sync, for smooth and uninterrupted gameplay, and a 1TB SSD with Windows 11 Home that offers significant space for your games and other software.

Like the Dell XPS 15, the Dell XPS 17 holds the top spot in our best 17-inch laptops — and for similar reasons. The 17-inch screen with Full HD+ resolution and InfinityEdge design is very easy on the eyes, and despite the large display, the laptop is thin and light so it remains portable if you’re planning to move around or travel with it. With its 12th-generation Intel Core i7 processor and Nvidia GeForce RTX 3050 graphics card, you won’t be craving for faster speeds, especially with 32GB of RAM that will allow the Dell XPS 17 to handle even the most demanding tasks. Windows 11 Home is pre-installed in the laptop’s 1TB SSD, which should offer ample storage space for all the software and files that you need.

If you’re also taking advantage of Black Friday monitor deals, your gaming machine should come from Dell’s Black Friday gaming PC deals. If you’re having a hard time choosing, we’ll make the decision for you — go for the Alienware Aurora Ryzen Edition R14. Inside its sleek and eye-catching chassis are the AMD Ryzen 7 5800X processor, Nvidia GeForce RTX 3080 Ti graphics card, and 16GB of RAM, with a 1TB SSD that comes with Windows 11 Home out of the box. Its Legend 2.0 design not only improves accessibility for easy component upgrades in the future, but also reduces airflow obstructions so that the gaming desktop won’t overheat and can keep operating at peak performance.

This Chromebook 2-in-1 laptop is $179 today, and it’s selling like hotcakes