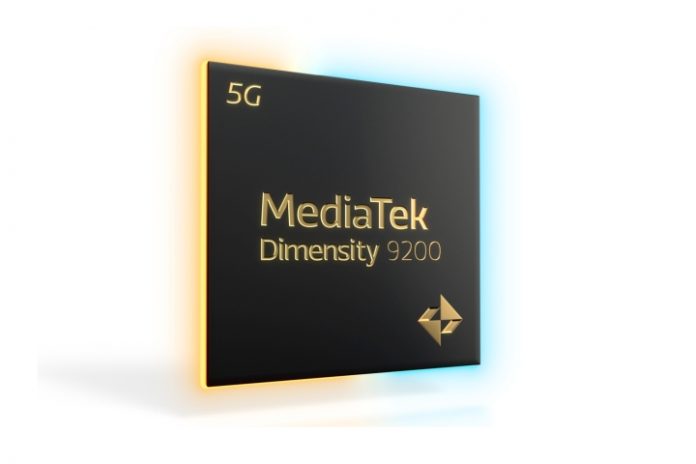 MediaTek has announced the Dimensity 9200 smartphone processor, which according to the company, “combines ultimate performance with significant power savings, extending battery life and keeping smartphones cool.” Built using cutting-edge techniques, it’s the first flagship chip from the maker to include both Sub-6 5G and mmWave 5G connectivity, meaning it’ll be more attractive to brands launching phones in the U.S. as well as globally.

Built using the latest second-generation 4nm process, it’s the first chip to use the second-generation ARM V9 architecture, the first with new LPDDR5X RAM, and the first with a UFS 4.0 and MCQ storage system. The processor uses a single ARM Cortex X3 running at 3.05GHz, three 2.85GHz Cortex A715 cores, and four 1.8GHz Cortex A510 cores for efficiency. The Dimensity 9200 is also the first chip to use ARM’s 11-core Immortalis G715 GPU, which supports hardware ray tracing.

The Imagiq 980 Image Signal Processor (ISP) has been upgraded with support for RGBW camera sensors, and updated AI promises improved HDR, new cinematic video modes, and less blur in photos. The chip supports cameras with up to 300 megapixels and the ability to record 8K video. The Dimensity 9200 also supports displays with up to a 144Hz adaptive refresh rate and a WQHD resolution.

MediaTek says the Dimensity 9200 will be part of its Dimensity Open Resource Architecture (DORA) initiative, where manufacturers can customize the chip to meet requirements. We’ve recently seen how Oppo and MediaTek successfully worked together on the Reno 8 Pro using DORA and the Dinemsity 8200 Max processor.

When will we start to see phones with the Dimensity 9200? MediaTek says its launch partners will be revealed before the end of the year. The company also promises a faster and broader release than that of the Dimensity 9000, which didn’t have a huge impact outside China. It wants more phones released in the U.S. to use the chip, but says this may take some time to realize.