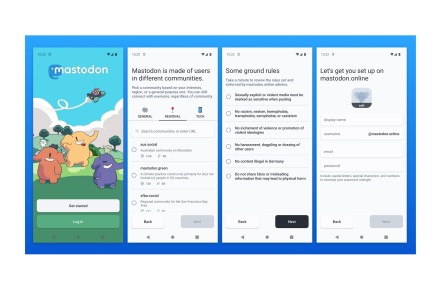 Mastodon, an alternative to Twitter that’s been getting a lot of attention lately, just surpassed 1 million monthly active users this week, all while Twitter struggles to deal with the  backlash caused by recently announced changes to its platform.

On Monday, Eugen Rochko, founder and CEO of Mastodon, announced via a Mastodon post that the social media platform now has “1,028,362 monthly active users across the network today.” This news comes after a particularly tumultuous week (and weekend) for Twitter after Elon Musk took over the popular microblogging platform just last month.

Musk’s first week at the helm of Twitter saw leadership shake-ups, a massive layoff, and a pretty sizable backlash to some of the changes he announced, including charging users $8 per month for a blue check. And then the drama snowballed, as it often does on Twitter, but this time it apparently resulted in further policy changes to the platform that were then announced by Musk himself:

Going forward, any Twitter handles engaging in impersonation without clearly specifying “parody” will be permanently suspended

For context, around the same time Musk tweeted the above announcement, there were quite a few Twitter users who changed their account names to “Elon Musk” as a way to protest and poke fun at Twitter’s latest move to charge a fee for a blue check verification badge. Some of these users included celebrities such as actresses Kathy Griffin and Valerie Bertinelli.

But in the midst of all the drama leading up to and now during Twitter’s takeover by Musk, Mastodon, a six-year-old social media platform that was essentially born out of its founder’s dissatisfaction with Twitter, has apparently experienced substantial growth. In fact, Rochko noted in a blog post published not long after Musk first announced his intention to buy Twitter that Mastodon was experiencing an increase in new users as early as April 2022, and he seemed to attribute that growth to social media users seeking an alternative to Twitter once news broke that Musk wanted to buy it.

And exceeding 1 million monthly active users was not the only indicator of Mastodon’s growth. Rochko also mentioned in today’s Mastodon post that the platform now has 489,003 new users and that there are “1,124 new Mastodon servers since October 27.” That date is notable because it’s when Musk took charge of Twitter.