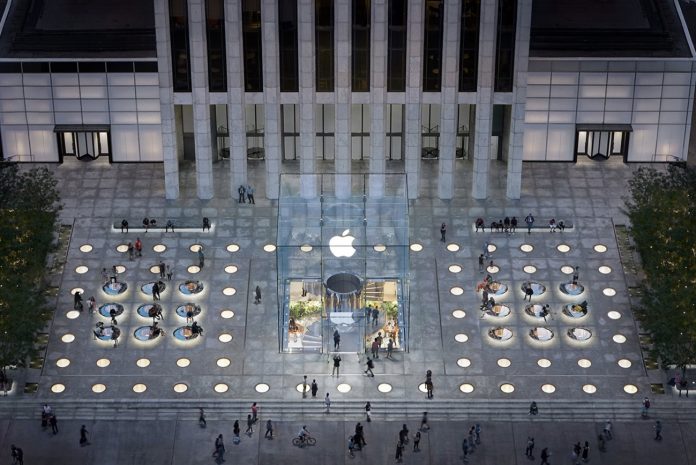 An unnamed 27-year-old man who purchased 300 iPhones from Apple Fifth Avenue on Monday morning was robbed shortly after leaving the store, according to 1010Wins Radio in New York.

He was carrying 300 iPhone 13s in three bags and walking to his car at 1:45 a.m. when another car pulled up next to him. Two men jumped out and demanded that he hand over the bags. Not wanting to hand over 300 iPhones, the victim put up a fight and was ultimately punched in the face before thieves made off with one of the bags.

The bag contained 125 iPhones that were worth $95,000. Police said the man in question often made large ‌iPhone‌ purchases from the Fifth Avenue Store in order to resell them through his small business. It is not clear why he was making the purchase at 1:00 in the morning, nor whether he was specifically targeted based on past purchasing habits.

Apple’s Fifth Avenue location is open 24 hours a day, allowing for the early morning purchases. Apple also had a Black Friday sale going on at the time, which the thieves may have been aware of.

The NYPD is investigating the robbery, and the victim was not seriously injured. A description of the suspects and their vehicles has not yet been released.
This article, “Man Robbed After Buying 300 iPhones From Apple Fifth Avenue” first appeared on MacRumors.com