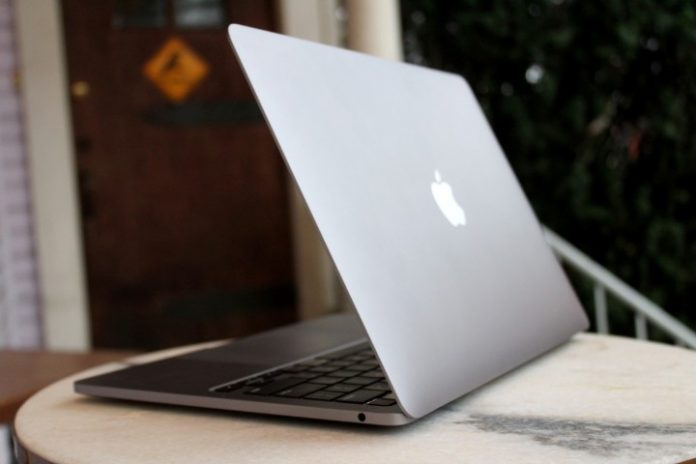 The 13-inch M2 MacBook Pro and 14-inch M1 Pro MacBook Pro are two of the most desirable, impressive laptops you can buy in 2022, but how do you pick between them? One might have a newer CPU, but they both have excellent battery life, top-notch build quality, and beautiful designs.

Here’s what you need to know about the two MacBook Pro models before you buy.

The 13-inch M2 MacBook Pro drew some inspiration from older MacBook models in terms of design. It might look thick in the middle, but it tapers off with slimmer corners, similar to the 2016 MacBook Pro.

In comparison, the 14-inch MacBook Pro was redesigned in 2021 with a boxier frame and rounded corners, but the two laptops share the same height at 0.6 inches. Overall, the 14-inch is wider and has more depth, so it’s not quite as portable, but then neither is as mobile as Apple’s latest MacBook Air models.

Both MacBook Pro models are available in Silver and Space Gray color options.

The backlit magic keyboard and trackpad on both the M2 MacBook Pro and 14-inch MacBook Pro have similar, setups that shouldn’t give buyers any issues. Some YouTube reviewers consider the keyboard on the 14-inch might be slightly superior due to better keyboard travel; however, this might ultimately come down to the opinion of the user.

You can keep in mind when considering your purchase that the M2 MacBook Pro includes a Touch Bar, and is the last MacBook set to have this feature. Meanwhile, if the hardware function keys are more up your alley, you can opt for the 14-inch MacBook Pro. Both laptops also include a Touch ID key on their keyboards in the upper right corner.

One stand-out difference between the two MacBook Pro models is that the 14.2-inch MacBook Pro features a Liquid Retina XDR display with an extreme difference in brightness. The 3024 x 1964 resolution Mini LED display has 254 pixels per inch, an adaptive refresh rate of up to 120Hz, and a 16 million color range, in addition to a peak brightness of 1600 nits and sustained brightness of 1000 nits.

Functionally, the higher brightness allows for deeper blacks and greater contrast on the older MacBook Pro. It also allows for better overall viewing in bright situations, such as using the laptop outdoors. Features such as the higher refresh rate allow for smoother transitions when moving pages or opening programs.

The 13.3-inch M2 MacBook Pro features a Retina LCD display with 2560 x 1600 resolution, 227 pixels per inch, a 60Hz refresh rate, a 1 billion color range, and a peak brightness of 500 nits. Features such as the lower refresh rate and lower peak brightness can allow you to save on battery life; however, they can take away from the richer viewing experience. Particularly when viewing content in dark, blacks might appear grayer and the M2 MacBook Pro can be prone to blooming, where glowing might appear among light images on a darker background, YouTuber MaxTech noted.

Visually, the 14.2-inch MacBook Pro retained the controversial notch; however, this design allows the laptop to feature slimmer bezels, giving the laptop an overall look and feel of more screen real estate. The M2 MacBook Pro is notch-less but does have thicker front bezels, perhaps only having its overall lightness to compensate.

Apple also took an interesting spin with the webcams on the two MacBook Pro models, with the 14-inch model featuring a 1080p FaceTime HD camera and the M2 model featuring a 720p FaceTime HD camera. The webcam on the M2 MacBook Pro has been featured on several prior generations but has been beefed up with a software update. However, depending on the lighting, the video can present like there is a hazy film or filter over the camera. The 14-inch MacBook Pro has a newer webcam, which offers greater exposure, color presentation, and low-light performance than the M2. Reviewers also claim that the higher resolution webcam presents sharper and more detail.

The M2 MacBook Pro and 14-inch MacBook Pro both have solid audio systems, but the M2 model once again includes older speakers that date back to 2014, while the 14-inch features an updated system with high-fidelity audio. The M2 MacBook Pro has a four-speaker setup with high dynamic range and wide stereo sound. The 14-inch MacBook Pro has a six-speaker setup with dual force-canceling woofers and wide stereo sound. The extra speakers and additional woofers in the 14-inch make for a better audio profile, with reviewers noting higher-quality bass, mids, and highs on the laptop.

Both models have spatial audio support for Dolby Atmos for music and video. They both also feature a studio-quality three-mic array with high signal-to-noise ratio and directional beamforming, which don’t appear to have much difference in quality.

The M2 MacBook Pro and 14-inch MacBook Pro models both feature Apple’s latest proprietary processors, which include the M2 chip for the 13-inch laptop and M1 Pro and M1 Max options for the 14-inch laptop.

Many benchmarks have compared the two models, and despite the M2 being the newer chip, the 14-inch MacBook Pro with the M1 Pro chip has consistently shown superior performance. The 14-inch has shown SSD performance results that are two to three times as fast as the M2.

This is due to the M2 model having two NAND slots in its internal setup and only one being filled with a ship for use. The 14-inch has four slots and two chips in use, giving the laptop more overall power. Even when the M2 is boosted to a 512GB SSD variant, it still runs slightly slower than the base model 14-inch MacBook Pro, according to MaxTech.

Meanwhile, CPU and GPU benchmarks also test the 14-inch as being at least twice as powerful, despite Apple having raised the overall clock speed of the M2 MacBook Pro.

Additionally, there has not been much follow-up on the overheating and throttling issues that appeared to plague the M2 MacBook Pro during its launch period. Some enthusiasts have released fixes for the issues that sent the laptop up to 108 degrees Celsius. However, you should exercise caution before using these methods to repair the laptop.

The M2 MacBook Pro was released with Apple’s brand new processor series, but several older components, which has helped to bring its price down significantly to a starting price of $1299. The M2 MacBook Pro also has fewer upgrade options than its older counterpart.

The development of the M2 MacBook Pro was likely affected by the ongoing supply chain issues resulting from the pandemic. After an external redesign on the previous model, it seems like the current laptop is being used to showcase its latest M2 chip in a Pro form factor rather than adding or updating features overall.

Despite any grievances, many are still rating the M2 MacBook Pro as a solid Pro-level device that is ideal for the user who is looking for a portable option with a power of a Pro-tier Apple laptop. The price difference likely doesn’t hurt either and also leaves room for modifications to get higher specs for around the same price as the base model 14-inch MacBook Pro.

The 14-inch MacBook Pro is ideal for those who are looking to do a little heavier lifting in terms of power and enjoys more standard features, such as a MagSafe plug and hardware function keys. Considering the 14-inch model is only one year old, it is still early in its life cycle as an Apple product.

Watch a modder transform a Mac Mini into a Nintendo Wii