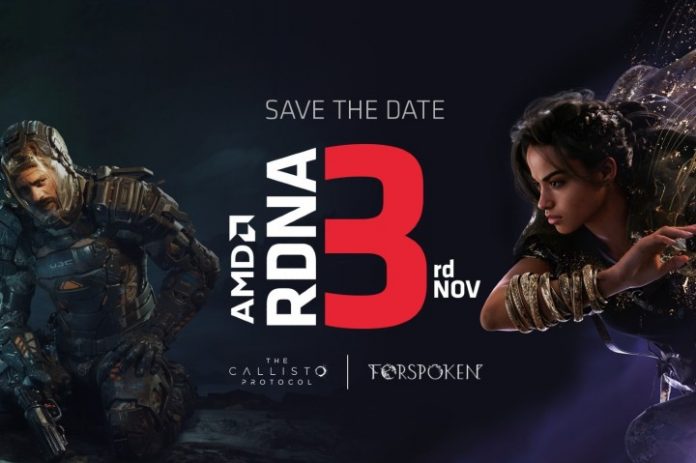 This fall has been jammed full of PC hardware releases, but AMD has one more big product launch for the year. Today, AMD is scheduled to announce its RX 7000 line of GPUs, based on the new RDNA 3 architecture.

We’re expecting a full rundown on how these new graphics cards will compete with the best from Nvidia, and you’ll be able to watch it all live as the announcements roll out.

AMD Presents: together we advance_gaming

The video event launching AMD’s RX 7000 is scheduled to start at 1 p.m. PT and should last around an hour.

AMD is always good about making its product launches available to the public, and this one’s already been posted on YouTube and has been embedded above.

The emphasis of the launch will be on the new RX 7000 graphics cards. We don’t exactly which models will be announced, but we’re expecting AMD to start at the high end to compete with Nvidia’s own RTX 4090 and 4080. If AMD continues its current naming convention, the flagship GPU will be known as the Radeon RX 7900 XT. We expect AMD to go in-depth on specs and the performance outlook of these cards.

Interestingly, recent rumors indicate that AMD may launch an even more powerful version of this card that uses the Navi 31 GPU. The rumored “RX 7900 XTX” will reportedly feature 24GB of VRAM, which matches the Nvidia RTX 4090.

These new GPUs will also be our first look at RDNA 3, the company’s highly anticipated new graphics architecture. These will be the first chiplet-based AMD GPUs, which be built on TSMC’s 5nm node. AMD puts it this way: “Join AMD for ‘together we advance gaming,’ announcing the next generation of GPUs built on the groundbreaking AMD RDNA 3 architecture delivering new levels of performance, efficiency, and functionality to gamers and creators.”

Join us on November 3rd for the unveiling of #RDNA3 and the world premiere of exciting new footage from @CallistoTheGame, @Forspoken, a sneak peek at something amazing from our friends at @Ubisoft, and a whole lot more…

But according to this statement from AMD’s recent quarterly earnings call, we’re also expecting the company to detail some new features that will be “supporting high-resolution, high frame rate gaming.” That sounds an awful lot like FSR 3.0,  though that would be a quick follow-up to FSR 2.0, which came out just this past summer. Still, reports about FSR 3.0 showing up in the RX 7000 graphics cards go back a few months, and would include hardware-based acceleration to help it compete with Nvidia’s DLSS 3.0.

AMD has even promised an exclusive look at some footage of upcoming PC games The Callisto Protocol and Forspoken.

Given the pushback over the RTX 4090’s melting cables and insane pricing, there’s certainly an opportunity for AMD to make a good impression with gamers going into this holiday season. But the incredible raw performance of the Nvidia RTX 4090 won’t be easy to beat, so we’ll have to wait to see just how good these new GPUs really are.

How to track sleep with Google Pixel Watch