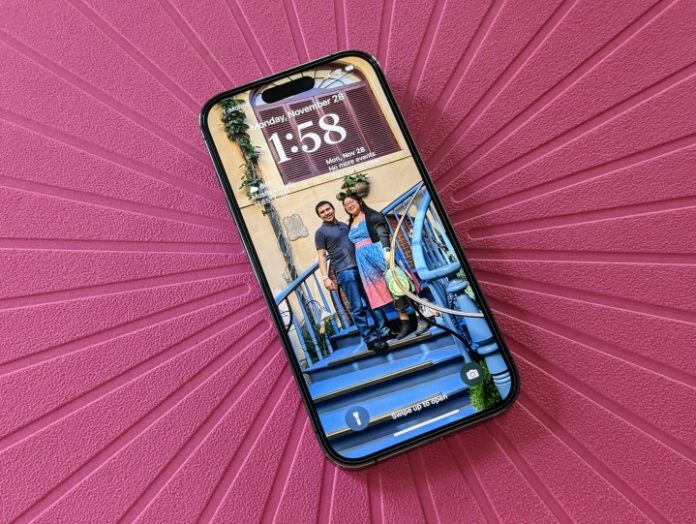 When you compare iOS and Android, it’s always been clear that Android is the way to go if you want full customization of your mobile software. However, ever since iOS 14, Apple seems to have had a change of heart and allowed for more user customization, starting with the home screen. With iOS 16, we finally got a few options for customizing our lock screens, which is the first thing we see when picking up our favorite iPhone.

As much as I enjoy using iOS on my iPhone 14 Pro, I’ve always wished for more ways to customize the software on my device to make it feel more personal — more me. iOS 14 made it possible to use custom app icons through the Shortcuts app, eliminating the need to jailbreak for that purpose. iOS 16 brought a few options for changing up how the lock screen looks, from sprucing up the font for the clock to adding some widgets. But Apple needs to do more because what we have in iOS 16 is not enough for the lock screen. Here’s what I hope Apple does in the future, maybe with iOS 17, for customizing the lock screen.

When I first got my hands on the iOS 16 beta after WWDC22, the first thing I did was check out the lock screen customization. I was a little surprised at how confusing and convoluted the interface to do so was, and even more so that Apple decided to ship it to the public with very minor changes made to the overall process.

I personally find the user interface and experience of changing up your lock screen to be exhausting. To access it, you need to press and hold on the lock screen after unlocking it, similar to how you would do on an Apple Watch. You can have multiple lock screens, too, though I find it more annoying to switch between them since you can’t just swipe from the edges on the lock screen as you do on the Apple Watch.

When creating a new lock screen, the first step is to pick a wallpaper image. You can choose from Apple’s own curated collection of wallpapers, or you can pick your own from your photo library. But when you choose the latter, the first thing you see are featured photos that the device has picked, though you can also choose from People, Pets, Nature, and Cities. Alternatively, just go with All to see the most recent, or switch the tab at the top from Photos to Albums.

But no matter which source you choose, the newest images will be at the top, and you scroll down to view older images. This is the reverse of how you normally view your images in the Photos app, so it’s instantly confusing and throws me off — I like consistency. Changing how the image picker flows is jarring and not something I’d expect from Apple.

But the biggest issue I have is the fact that I simply can’t just add a new lock screen without just keeping my current home screen wallpaper. Once you set your new lock screen, iOS 16 forces you to either set it as a wallpaper pair on both the lock and home screens, or you can set a separate image for the home screen — but you can’t just choose to keep it the current one (without having to go and find the image again).

I’m glad that Apple has finally given us some ways to dress up the lock screen on our iPhones, but the current user interface and experience for it just isn’t optimal. I’m hoping that the entire process, especially if you want to just change the lock screen wallpaper and not the home screen, gets an overhaul in iOS 17.

Give us more room for widgets

One of the big things about the lock screen revamp in iOS 16 is the ability to add widgets. However, the space that Apple is allowing you to put widgets in is very limited — it’s just the space below the time widget (which you can’t change, by the way).

Apple gives us a one-by-four row underneath the time, which you can fill up with widgets, provided that you have apps that actually have useful widgets you want to display. Given the size constraint, this means four one-by-one squares, two one-by-two rectangles, or one rectangle and two squares.

I suppose that Apple designed it this way so that we can still show off our lock screen wallpapers, but not everyone necessarily cares about that. There are also those who use simple colored wallpapers or abstract images and would prefer to have more information displayed on the lock screen. Having only such a small space for widgets is really restrictive for both users and developers, and Apple should consider changing this in iOS 17. I would like to see it more like how home screen widgets are in terms of size and appearance.

While we’re on the topic of widgets, I would also like to see interactive widgets on the lock screen (and home screen). It would be fantastic if a widget let us control a HomeKit accessory without having to launch the app, for example.

After many years of using the single typeface on the lock screen, Apple has given us a few more options to pick from in iOS 16. You could choose from three styles — Arabic, Arabic Indic, and Devanagari — with each of those having eight different typefaces. Unfortunately, if you like the classic font from the lock screen time from iOS 15 and earlier, it seems that has disappeared.

While the current selection of different fonts is nice, I would like to see even more in iOS 17. In fact, I’m surprised that you can’t choose your own custom fonts for the lock screen. The ability to download and add custom fonts was introduced in iOS 13, so it’s odd that this didn’t make it to the lock screen. Perhaps iOS 17 will change that or at least give us more preset options.

I mean, yeah, they look nice, but they may not be suited for everyone. What if someone wants Comic Sans or Papyrus on their lock screens? Let them have it, Apple!

Even more ways to express color

Oh, and the colors. The preset choices are nice, and Apple lets you choose the color intensity to suit your preferences. And if you don’t like the standard colors, you can use the color grid, spectrum, or sliders for a more personalized hue.

But I think it would be nice to let us do even more with the colors on the lock screen. For example, let us have a rainbow gradient or even alternate between multiple colors for each number, like red and green for Christmas. Or what if I want the numbers to be one color and the colon a different one? If Apple wants us to personalize the lock screen, giving us more colors to express ourselves would be great to see.

I’ve been wanting to see customization on iOS for a long time, and I think Apple has taken some good first steps. But I hope to see more in the future. Apple has gone a little stagnant again with home screen customization with no major changes since iOS 14, and I fear that the lock screen could be the same.

But who knows? Apple could definitely have some tricks up its sleeve in iOS 17. At the very least, though, the current interface for the lock screen process needs to be improved.