HomeNewsGet ready: the first 8K ultrawide monitors are coming out in 2023
News

Get ready: the first 8K ultrawide monitors are coming out in 2023 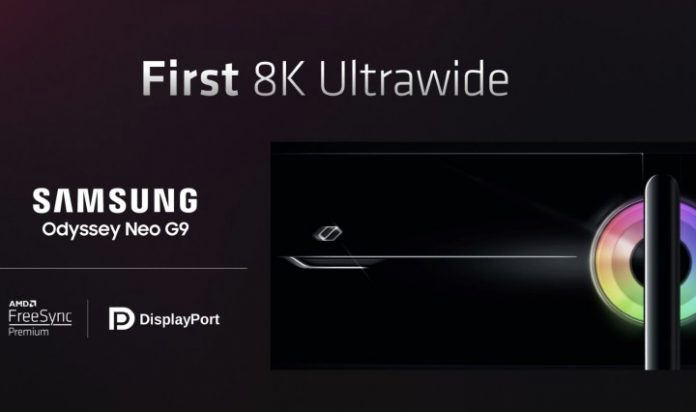 The first 8K ultrawide monitors are finally coming — and they’re coming soon. Details are incredibly sparse, but we do know that these high-resolution gaming displays will be launching sometime in 2023.

The announced was dropped at AMD’s next-gen RX 7000 GPU launch, where the company announced that the Samsung Odyssey Neo G9 would be the first official ultrawide monitor to support this higher resolution.

The first of the bunch will be from Samsung, the Odyssey Neo G9, but AMD confirmed that companies like Dell, Asus, Acer, and LG will also be supporting this higher resolution on future monitors. While we don’t have many of the details of what these monitors will be like, we do know what the current Odyssey Neo G9 is like, which is a massive 49-inch Quantum mini-LED gaming monitor that costs $2,300.

We don’t know the exact resolution on these future displays, but AMD listed 7680 x 2160 as the tested resolution for “8K widescreen.”

AMD is making a big deal of this, of course, because it’s a port that Nvidia’s RTX 40-series graphics don’t support. Even the flagship RTX 4090 is still stuck on DisplayPort 1.4a. It should be noted that for 8K ultrawides, DisplayPort 1.4a can still reach 135Hz, even though the standard 8K resolution is locked at 60Hz.

As exciting as 8K might sound, most PC gamers are still playing in 1080p, even if there’s been some significant growth in 1440p and 4K gaming these past couple of years. AMD did provide some performance charts about how well its RX 7900 XTX would perform in 8K, fortunately, hoping to prove why the time for 8K gaming has finally arrived.

In 8K ultrawide, the RX 7900 XTX can supposedly hit 190 fps in Call of Duty: Modern Warfare 2 and 148 fps in Death Stranding Director’s Cut. Meanwhile, it can hit 96 fps in standard 8K in Assassin’s Creed Valhalla and 73 fps in Uncharted: Legacy of Thieves Collection. All this performance was tested at maximum settings but with FSR turned on in Performance mode, which is enabling these higher frame rates.

Lastly, the power consumption of these upcoming monitors may end up causing a problem, especially if they veer into TV territory. As Digital Trends TV reviewer Caleb Denison has covered, EU regulations around power consumption go into effect in March 2023, which are threatening the viability of 8K TVs throughout Europe.

If these monitors dodge these regulations, they may end up being more widely adopted than 8K TVs, especially given the recent EU regulations that are causing problems.

AMD says more details on these monitors will come in 2023, so get ready for more outrageous fresh rates, now in higher resolutions higher than ever.