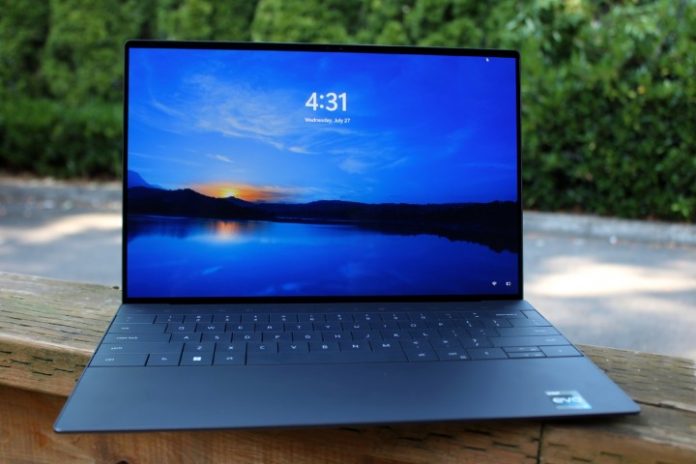 The Dell XPS 13 Plus represents half of the new 13-inch XPS lineup, offering a higher performance and more innovative machine compared to the more affordable XPS 13. Both are among the best laptops on the market. Apple’s MacBook Air M1 is the old-school choice, hanging onto an affordable design that’s been refined over many years into one of the best MacBooks you can buy.

While the XPS 13 Plus is more expensive than the MacBook Air M1, the difference isn’t tremendous. Therefore, if you’re looking for a portable powerhouse, you’ll likely have them both on your shortlist. But which is better?

The MacBook Air M1 is less expensive across the board, although it’s still a premium laptop.

There’s no faulting the MacBook Air M1’s design, given that its tapered chassis kicked off the thin and light laptop trend. The new MacBook Air M2 adopts the blockier look of the most recent MacBook Pros, but there’s nothing wrong with the original aluminum machine. And the build quality is second to none. The XPS 13 Plus looks a lot like previous XPS 13 models on the outside, with a streamlined aluminum chassis with double anodized chrome edges. Open it up, though, and Dell’s latest has a futuristic look thanks to an edge-to-edge keyboard, LED function keys, and smooth glass palm rest with a hidden touchpad. It, too, is incredibly well-built, and choosing between these two laptops on their designs comes down to very personalized tastes.

Speaking of keyboards, the XPS 13 Plus has large keycaps and a comfortable layout, with switches that aren’t terribly deep but provide a snappy, precise response. The MacBook Air M1, however, sports Apple’s Magic Keyboard, and it’s the best around. The switches are also shallow but provide an even more precise feel with excellent feedback. You can type quickly and accurately on both keyboards, but the MacBook’s is better. Both laptops also have haptic touchpads, and Dell’s version is responsive across the entire surface and mimics physical buttons. The MacBook Air’s Force Touchpad, again, is even better, benefiting from Apple’s years of experience with the technology. The XPS 13 Plus has LED function keys that don’t provide any advantage for users but rather exist to keep the chassis thin.

Both laptops are limited to just two USB-C ports with Thunderbolt 4, but the MacBook Air M1 retains the 3.5mm audio jack that the XPS 13 Plus dropped. At the same time, the Dell has more up-to-date wireless connectivity. One XPS 13 Plus advantage is its ability to natively drive two external displays while the MacBook Air M1 is limited to just one.

Finally, both machines have 720p webcams that are behind the curve, while the XPS 13 Plus incorporates an infrared camera for Windows 11 Hello passwordless login via facial recognition. The MacBook Air M1 uses a Touch ID fingerprint reader on the power button. Both methods work quickly and reliably for logging in.

You can also opt for Full HD+ non-touch and touch IPS displays and a UHD+ touch IPS display with the XPS 13 Plus. There’s no doubt, though, that the OLED display is superior for productivity, creativity, and media streaming needs. Note the giant difference in contrast in the table below; OLED displays are in a whole other league.

Both laptops have dual speakers that pump out clean sound with sufficient volume. You’ll want a pair of headphones to best enjoy your TV shows and movies with both.

The XPS 13 Plus is smaller in all dimensions than the MacBook Air M1, and just slightly lighter. However, both laptops are small and light enough to carry anywhere.

Where the MacBook takes home a strong win is in the efficiency of Apple’s M1 processor. In our web browsing and local video battery tests, the MacBook Air M1 almost doubled the XPS 13 Plus’s longevity and will last for more than a day’s work while the Dell will need a recharge to make it well past lunch.

The MacBook Air M1 is simpler but less expensive

You get a couple of innovations with the XPS 13 Plus at a higher price, not least its beautiful OLED display, and its productivity performance is better. You’re paying more money, however, and the MacBook Air M1 benefits from considerably longer battery life and equally strong build quality.

If you’re choosing between these two laptops and simply want a solid productivity machine for the least money, then the MacBook Air M1 is the better choice.

How to add bullets in Apple Pages