HomeNewsApple's Work on realityOS 'Wrapping Up' as Focus Turns to Suite of...
News 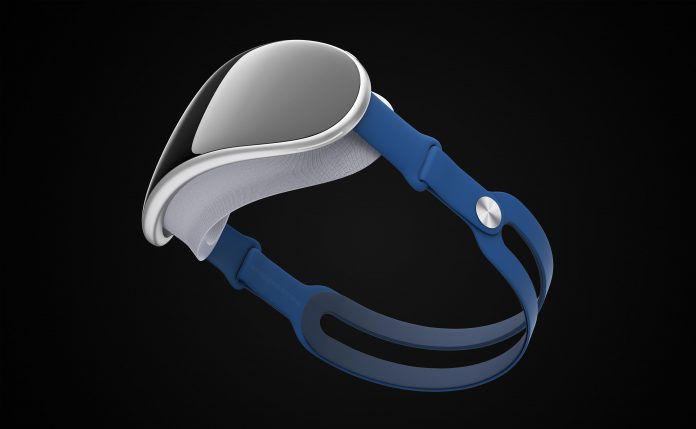 Apple’s work on the first version of its long-rumored mixed reality headset’s operating system is concluding, while new hires related to the device are ramping up ahead of launch next year, according to Bloomberg’s Mark Gurman.

Concept render based on purported leaked information by Ian Zelbo
The headset itself is rumored to run “rOS” or “realityOS,” internally codenamed “Oak.” Apple’s work on realityOS has been rumored since 2017, but the existence of the operating system was finally confirmed earlier this year when references to it were found in App Store upload logs and Apple open source code.

In his latest “Power On” newsletter, Gurman said that realityOS “will include mixed-reality versions of core Apple apps like Messages, FaceTime and Maps.” The first version of the operating system is reportedly “wrapping up internally and should be ready for the new hardware next year.” Gurman previously said that Apple’s mixed-reality headset will focus on gaming, media consumption, and communication. He believes that Memojis and SharePlay could be central to the experience.

Gurman added that job listings indicate that Apple is now ramping up hiring related to the device. The company is seeking a software producer with experience in visual effects and game asset pipelines to create content for AR and VR environments, developers that can “build tools and frameworks to enable connected experiences in a 3D mixed-reality world,” and engineers who can work on development tools including App Intents, which let apps work with features like Siri and Shortcuts. The job listings also suggest that Apple is planning to build a video service for the headset, featuring 3D content that can be played in virtual reality.

In addition to a wave of new hires, Apple has reportedly also made additions to the management team overseeing the headset’s development, bringing in a former senior leader from its self-driving vehicle project and one of its most senior software engineering managers. The nature of the new positions suggest a range of health and productivity apps could be coming to the headset.

DigiTimes believes that Apple’s headset will begin mass production in March next year and analyst Ming-Chi Kuo has suggested that it could be introduced to the public as soon as January. Related Roundup: Apple GlassesTags: bloomberg.com, Mark GurmanRelated Forum: Apple Glasses, AR and VR
This article, “Apple’s Work on realityOS ‘Wrapping Up’ as Focus Turns to Suite of AR/VR Apps Ahead of Headset Launch” first appeared on MacRumors.com

It’s hard to choose a winner in our Pixel 7 Pro vs. Pixel 6 Pro camera test

Dell’s top work-from-home laptop is $1,200 off for Black Friday