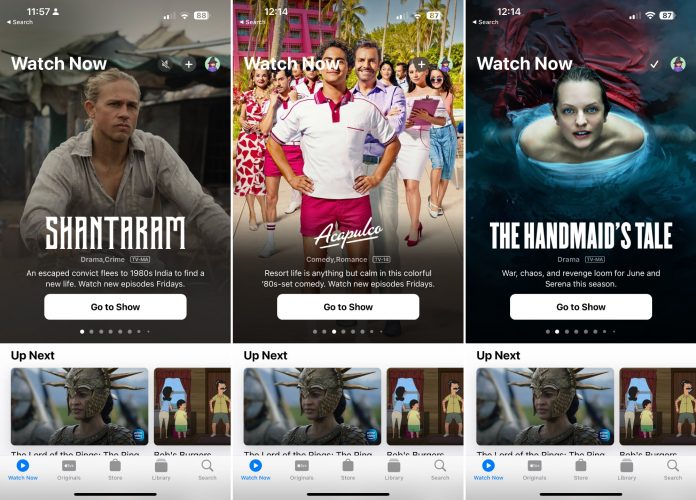 Apple is making some changes to the TV app, and users are not happy with the updates. The updated design appears to be visible primarily for iOS 16.2, iPadOS 16.2, tvOS 16.2, and macOS Ventura 13.1 beta users, but it is likely a server-side change that Apple is introducing that will eventually roll out to all TV app users.

Apple’s new design adds a Featured section to the top of the “Watch Now” section in the TV app, with the featured content placed above the “Up Next” watchlist. The change makes it more difficult for users to get to the content they are interested in, with random TV shows taking up the majority of the screen.

In the current release versions of iOS, iPadOS, tvOS, and macOS, “Up Next” is at the top of the “Watch Now” tab for quick access to shows and movies that are in progress or that have been placed on a watch list. 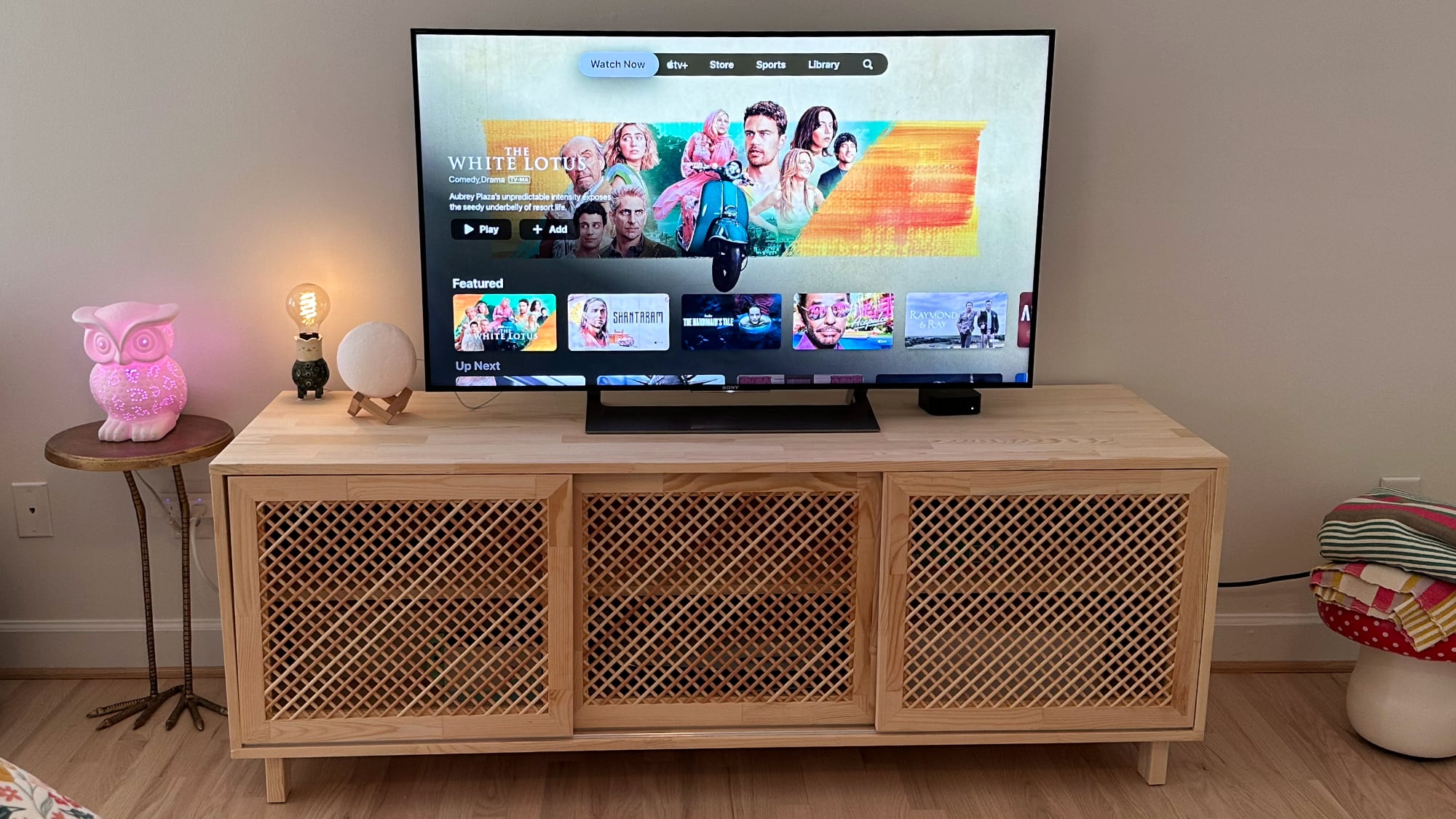 There are a number of complaints about the new design on Reddit from users who are unhappy with the way that Featured TV shows and movies supplant Up Next content. This section seems to display quite a few Apple TV+ shows and movies, but it does also highlight shows and movies from other streaming providers. Regardless of content shown, TV users do not seem to want suggested content replacing their chosen content at the forefront of the app. From Reddit user robber3572:

I don’t mind the discovery aspect, which I agree is what the tv app is all about. It’s highlighting this featured content above (literally and figuratively) the content that I watch on a regular basis that’s annoying and intrusive. This featured content is now prominent in the tv app and it highlights shows/movies I would never have an interest in watching.

The TV+ tab in the TV app already had this design that puts content above watch lists, and it is expanding to the Watch Now tab as well. When the Up Next section is selected on the Apple TV, the Featured section is still visible, and the previews of Up Next shows are gone. Featured also dominates the interface on the iPhone, iPad, and Mac. 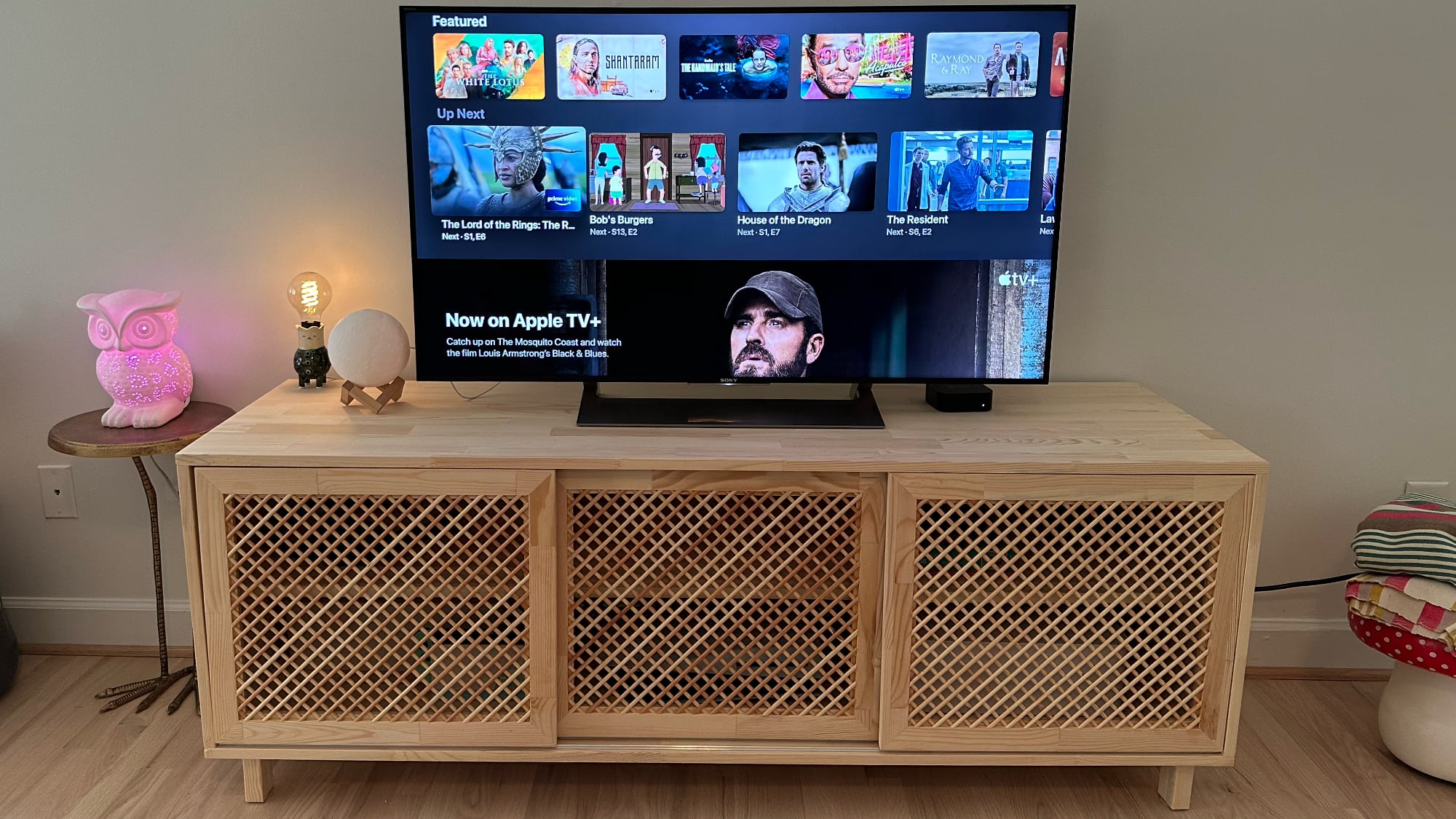 At the current time, there is no way to disable the featured section to put Up Next content back at the top of the app, and it is not clear if Apple is still tweaking the design or if this is a finalized look. What’s worse, the featured content seems to autoplay, ignoring settings for Up Next that prevented shows from previewing content. There does not appear to be a way to turn off autoplay for featured shows and movies.

This article, “Apple Adds Intrusive ‘Featured’ Section Above ‘Up Next’ in TV App” first appeared on MacRumors.com