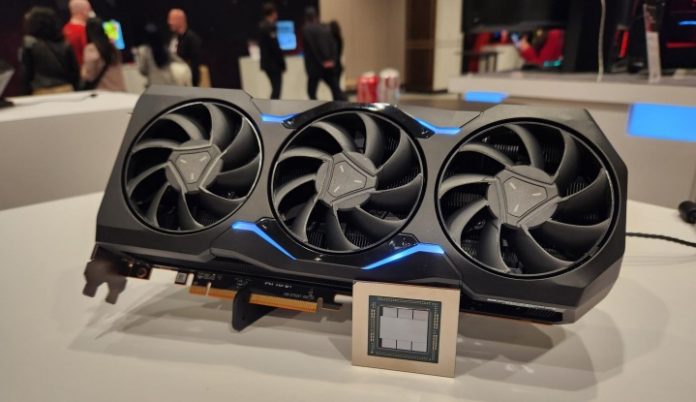 AMD finally pulled back the curtain on the RX 7900 XTX and its new RDNA 3 architecture. The card will arrive in a few short weeks, and before it does, we rounded up everything you need to know about specs, pricing, performance, and how the card will fare against Nvidia’s beastly RTX 4090.

AMD will release the RX 7900 XTX, along with the cut-down RX 7900 XT, on December 13, 2022. The RX 7900 XTX starts at $1,000 for AMD’s reference design, though you should expect board partner cards, especially those that come with an overclocked already applied, to go for $50 to $100 more. It’s hard to say how big of a price difference there will be right now, though.

AMD says board partner cards will release on the same day as the reference design, so you don’t have to wait to pick up a card if you don’t want the reference model. Although it’s possible that prices will go up after the cards are in the wild, we don’t expect that. We track GPU prices every month, and AMD GPUs don’t typically go far above list price (in some cases, they end up a little lower).

The specs of the RX 7900 XTX don’t look crazy, at least based on the standards of a flagship GPU. You get 24GB of GDDR6 memory — the same capacity as the RTX 4090 — along with boost clocks near 2.5GHz. The clock speed is a bit complicated, though, as we’ll dig into a bit later in this section.

Memory is the important spec to call out for now. Although AMD is using 24GB like Nvidia’s latest flagship, the RX 7900 XTX uses slower GDDR6 memory instead of the GDDR6X memory in the RTX 4090. Faster memory speeds are better, though not in all games and applications. The RX 7900 XTX also comes with a wide 384-bit memory bus, so although the memory isn’t as fast, its bandwidth isn’t constrained.

Perhaps the biggest point of comparison to the RTX 4090 comes in Total Board Power (TBP). The RX 7900 XTX tops out at 355 watts, while the RTX 4090 climbs up to 450W (and sometimes higher for board partner cards like the MSI Suprim X). In addition, AMD is sticking with two eight-pin power connectors for the RX 7900 XTX, not the 12-pin connector Nvidia is using for its recent cards (which has been prone to melting issues as of late).

For clock speed, AMD claims the RX 7900 XTX has a Ggame clock of 2.3GHz, which is the frequency you should expect the card to run at while playing games. However, the boost clock speed can reach higher, and there isn’t a single clock speed governing the system. AMD explained that it uses slightly slower clock speeds on the compute units themselves, leading to better efficiency without a big drop in performance.

Although an interesting note, you shouldn’t get too wrapped up in clock speed. The speed relies on the architecture, so there’s no sense comparing the clock speed of the RX 7900 XTX to that of the RTX 4090 (or a card using another architecture). Rumors suggest the RX 7900 XTX may be able to climb to 3GHz with some overclocking, but we’ll have to wait until the cards are here to verify that.

The most interesting part of the RX 7900 XTX is the RDNA 3 architecture powering the card. AMD made a lot of changes compared to RDNA 2. The most immediately noticeable difference is AMD’s chiplet design. Instead of a single monolithic die, AMD is splitting the graphics die and the memory die into separate tiles.

At the center of the design is the Graphics Compute Die (GCD), which holds all of the logic for the GPU. It’s built on a 5nm node, and it’s where you’ll find the redesigned Compute Units (CUs). We’ll circle back to the CUs shortly, but the GCD also houses the new media engine that supports AV1 encoding and decoding, as well as the Radiance display engine. The display engine enables DisplayPort 2.1, as well as support for 12-bit color depth per channel (36 bits per pixel), up to 68 billions colors.

Around the outside edge of the GCD, there are six Memory Cache Dies (MCDs). These are much smaller and built on a 6nm node, and they house the second-generation Infinity Cache and GDDR6 memory controller. Although there are six MCDs around the GCD, they aren’t all used — one is a dummy chip that’s on the die for structural stability.

Despite breaking out the Infinity Cache and memory controller, AMD says RDNA 3 is capable of reaching 2.7x the peak bandwidth of RDNA 2. The design can drive 5.3TB/s of peak bandwidth.

Deeper in the GCD is where the CUs live, and these are the building blocks of the RDNA 3 architecture. The RX 7900 XTX comes with 96 CUs, and each one comes with 64 dual issue processors. These processors can handle two different instructions down each data path, leading to two times the instruction issue rate of RDNA 2. It’s not two times as fast — instructions can just be put into motion twice as fast.

Each CU also comes with a pair of AI accelerators that accelerate AI tasks like matrix multiplication, as well as a second-generation ray tracing accelerator. AMD says this RT accelerator supports new instructions and ray box sorting, resulting in up to 50% better ray tracing performance per CU. Finally, each CU comes with a Vector General Purpose Registry (VGPR) — basically where the instructions for the CU are stored.

We don’t have a ton of data for the RX 7900 XTX yet. We only have what AMD has shared, and even then, the company didn’t reveal much performance data without FidelityFX Super Resolution (FSR) upscaling turned on. What we know so far is that AMD is targeting the price point the RX 7900 XTX lands at: $1,000. That means it probably won’t stand up to the RTX 4090, at least in most games.

AMD shared some raw numbers in esports titles, showing the RX 7900 XTX reaching 295 frames per second (fps) in Apex Legends, 355 fps in Overwatch 2, and 704 fps in Valorant at 4K. We also saw the card reach 96 fps in Assassin’s Creed Valhalla and 73 fps in Uncharted Legacy of Thieves collection at 8K, though with some major help from FSR.

Although it’s tempting to compare the RX 7900 XTX to the RTX 4090, AMD’s new card doesn’t seem to be targeting Nvidia’s flagship. The more interesting comparison will be against Nvidia’s $1,200 RTX 4080, which is much closer in price to the RX 7900 XTX.

For now, all we can do is wait until we’ve had a chance to test the cards. AMD is making bold performance claims, but we have too little data to go on at the moment.