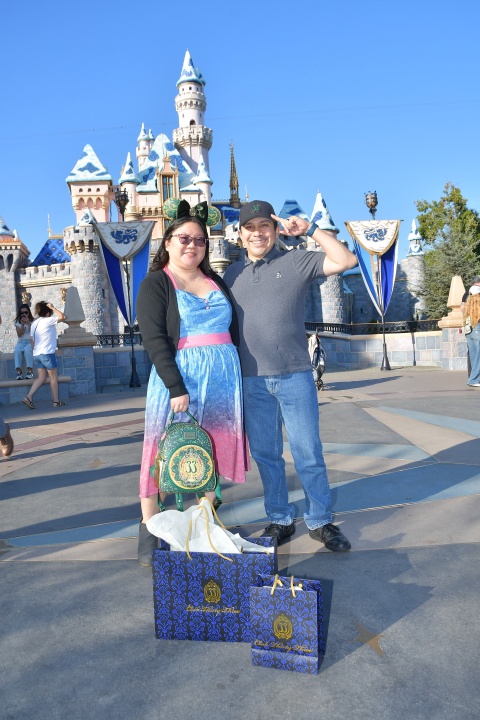 One of my favorite things to do with my iPhone 14 Pro is to take photos. Whether it’s part of my attempt to be artsy by snapping spontaneous moments with my husband and daughter, or just capturing the magic at Disneyland, I have a ton of photos. Though I don’t have time to edit every single one, I do like to spend time making edits on my favorites just to improve how they look before I post them on social media. But the built-in tools on the iPhone for taking photos and editing them are, well, lacking.

I’ve been testing a few different Android devices since I joined Digital Trends, and let me tell you — it’s been a trip. I’ve discovered so many new photo and camera tools on various Android devices that just show how much Apple is behind in that regard, despite being one of the most popular devices for mobile photography.

Here are a few of my favorite camera features on Android that I’d like to see Apple implement on the iPhone.

So far, one of my favorite Android devices to use has been the Pixel 7. It’s basically an iPhone made by Google, and honestly, it’s been the easiest Android device for me to transition to. One of my biggest draws to the Pixel, of course, is the much-hyped Magic Eraser tool.

With Magic Eraser, you can remove any unwanted objects (or even people) from the background of a photo, and Google’s artificial intelligence (AI) will fill in that spot based on context as best as it can. In short, it’s a commonly used Photoshop tool that is integrated natively into Pixel phones, making it more accessible to everyone, rather than just Photoshop experts.

As a pass holder at Disneyland, I’m frequently at the parks, and sometimes I’m there just for photos. But of course, this is Disneyland — a place that attracts thousands of people every single day. It’s near impossible to get a photo without some people in the background, as much as you try. I’ve been using Magic Eraser on a lot of my Disneyland PhotoPass pictures to get rid of background people, and while it’s not always perfect, it works nicely if there are just a few people in the background compared to dozens.

Another reason I like having Magic Eraser around is more niche. As a tech journalist, I end up taking quite a few photos of products I’m writing about. You know how it goes — you spend time setting up the product with a nice backdrop, but then after you capture it all, you notice a smudge of dust or dirt, or even fingerprints. Magic Eraser also helps out with those situations, making products and surfaces look as pristine as they can be. It can also be used to get rid of things like power lines in the sky, or trash on the ground.

But sometimes, Magic Eraser isn’t the right tool for the job. I noticed if you try to get rid of dozens of photobombers in a Disneyland photo, the AI may leave behind digital artifacts or other elements, making the image look worse than before. When that’s the case, something like the Camouflage feature is more suitable. Camouflage desaturates a selected part of an image so that it doesn’t pull attention away from the main subject in the photo.

Google’s Magic Eraser is simply one of my favorite things about Pixel devices, and I really wish Apple would integrate it into iOS. At the moment, Apple has kind of the reverse of Magic Eraser in iOS 16, where you can remove the background of an image and just have the subject. It’s neat, but it’s just not as useful unless you want to superimpose a subject onto another image.

Portrait mode is fun, as it uses depth of field to blur the background behind a subject — creating a portrait image that looks like it was taken with a professional DSLR. While Apple did add more Portrait mode-specific tools, like Portrait Lighting and depth adjustment, you can’t do much beyond that.

As I was playing around with the Samsung Galaxy Z Flip 4, I noticed some extra things you can do with Portrait mode images. In addition to the standard lighting effects, you can change the background blur to be a colored backdrop, grayscale, big circle bokeh, or even go with a spinning or zoom effect.

These aren’t groundbreaking, but they gives users more options on how the background blur and bokeh look in portraits. I personally love to take photos in portrait mode whenever I can, so I love having more effects that help spruce things up and keep them fresh and interesting. Plus, I’d imagine the zoom blur effect could lead to some creative photos.

Though I love to take selfies and photos at places like Disneyland, I often notice imperfections and blemishes on myself after the fact in my photos. I’ve always been a little self-conscious about my appearance, and though I try to be confident, it’s not always possible. Sometimes I feel like I could use a little touching up in my photos before I post them on social media.

As I’ve been using the OnePlus Nord N300 5G, I noticed it has some retouching tools in its photo-editing app. There are tools for adjusting skin tone and texture, as well as traditional spot healing for minor blemishes. These are the kind of retouching tools I would use to just make some very subtle touchups to my own pictures (for example, I’m not a fan of the pores on my face), as I don’t like to be too superficial.

However, the Nord N300 (like some other Android phones) has other tools for changing cheeks, eye size, and even teeth. I even tried the “auto” setting, which uses AI to determine what looks “best” for the picture. Personally, I think using too many of these features can be deceiving, especially if posting on Instagram and whatnot, but for minor touchups — like getting rid of a pimple or bump, or even a stray hair — they can be nice to have.

It’s just convenient to have these retouch tools built into the native photo editor on a phone. At the moment, if you want such functionality on the iPhone, you’ll have to find a third-party app that does the job, and these days, retouching tools come at a price, unfortunately.

Though some people may think selective color images may be a bit gimmicky and don’t look good, I think it’s a fun way to make a photo stand out. And if you do it well, then it can actually look really good.

I discovered this feature when playing around with my Google Pixel 7, and it’s something that I think could be beneficial on an iPhone. On the Pixel, this is a tool called “Color focus” or “Color pop,” depending on whether you do it manually or choose it as an automated suggestion. Either way, using the tool will leave the subject in the photo in color, while converting the background into grayscale.

When I first got an iPhone, these kinds of photo-editing apps from developers were pretty popular, and I liked to experiment with them. Sure, they may be gimmicky, but photography is a form of art and expressing oneself. If someone wants to make that their thing, then I don’t see why selective color shouldn’t just be easily accessible — and it’s something that could be fun to have on iOS.

As I continue to play around with my Samsung Galaxy Z Flip 4, I noticed that Samsung has its own version of Magic Eraser, simply called “Object Eraser.” There are two add-ons for the Object Eraser, which you can find in Photo Editor Labs: Shadow Eraser and Reflection Eraser. These features are still in beta, however, so results are either hit-or-miss — and it seems that it may not even be working properly in the latest One UI 5.0 beta.

Still, I found these additions to be interesting features that I wish were available on my iPhone. I usually try to compose my photos properly to avoid harsh shadows, but sometimes it’s impossible. I also love taking photos from behind a glass window, especially when I travel and want to capture my view from a hotel room, so a reflection eraser would be handy. Again, these are still in beta from what I can tell, but it would be great if Apple could implement such a tool into iOS.

iPhone camera gets upgrades every year, but iOS remains stale

The iPhone 14 Pro received a huge improvement in camera specs this year, going from 12MP to 48MP through a pixel-binning system (four smaller subpixels to make one larger pixel), and allowing users to shoot in full 48MP resolution for ProRAW images. But while Apple makes all these improvements to the camera hardware, iOS software continues to hinder all the possibilities of what you can do in the Photos app.

Sure, you can go download a third-party photo-editing app that can probably do some of the things I mentioned here, but wouldn’t it just be easier to have these integrated natively in Photos? And these are just some of my personal favorite photo-editing tools that I’ve noticed — I’m sure there are more, like stickers and text.

As much as Apple loves touting how great its devices are for photography, I’m really surprised that it’s lacking compared to the competition in terms of photo-editing tools. I hope to see Apple take a page from the books of its competitors and add some of these tools in future versions of iOS — especially Google Pixel’s Magic Eraser.

Facebook
Twitter
Pinterest
WhatsApp
Previous articleYou won’t believe how cheap this HP gaming PC is today
Next articleGet it while you can: Walmart’s $99 Windows laptop is selling fast
- Advertisment -

Get it while you can: Walmart’s $99 Windows laptop is selling fast