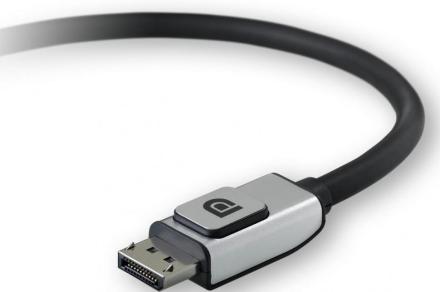 The Video Electronics Standards Association (VESA) today announced the release of DisplayPort 2.1. It brings a few improvements over DisplayPort 2.0, such as tighter compliance with USB Type-C and USB4 PHY specifications, improved connectivity through DisplayPort tunneling over USB4, and longer cable lengths while maintaining high throughput.

Hot off the heels of DisplayPlay 2.0 released earlier this year, DisplayPort 2.1 facilitates greater PHY toward USB Type-C and USB4 PHY specifications. The new version has also added a DisplayPort bandwidth management feature that allows DisplayPort tunneling to work together with other I/O traffic over USB4 with great efficiency.

Alan Kobayashi, VESA board chair and VESA DisplayPort task group chair, says that “achieving greater alignment between DisplayPort and USB on a common PHY has been a particularly important effort within VESA given the significant overlap in use case models between the DisplayPort and USB4 ecosystems.”

Speaking to DisplayPort 2.1 and its convergence with USB4 PHY specifications, Kobayashi also states that “features such as driving multiple displays over a single cable, or enabling multiple functions on a single port like video, power, and data transfer, no longer require any compromise in video format choice.”

Another improvement that comes with the DisplayPort 2.1 specification is with full-size and Mini DisplayPort cable configurations. Ultra-high bit rate (UHBR) throughput via VESA-certified DP40 (maximum 40 Gbps with four lanes) and DP80 (maximum 80 Gbps with four lanes) cables is now claimed not to diminish with longer cable lengths (more than one meter for DP80, and more than two meters for DP40).