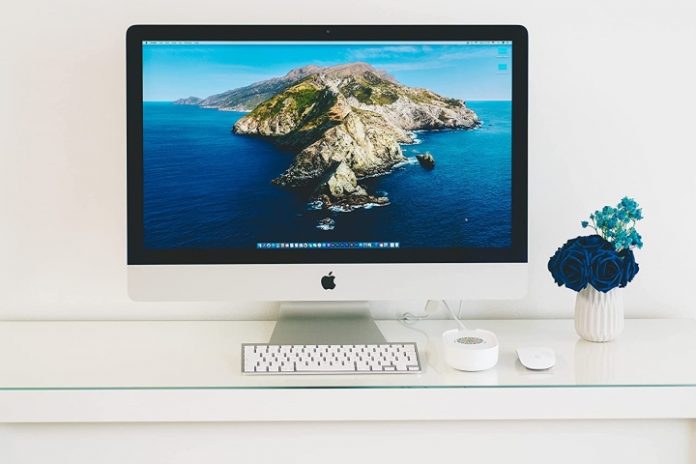 Along with the rise of remote work and hybrid workplaces, monitoring software, and business-collaboration options like Slack or Teams, another kind of technology has started to go mainstream — the mouse jiggler, also known as a mouse mover.

This odd little tech solution is being used to thwart some types of micromanagement and help employees manage time on their own terms, among other solutions. Does it work? Are jigglers allowed in the workplace? Here’s everything you should know.

Mouse jigglers are technology, typically hardware, that simulate mouse activity on a computer screen by automatically moving the cursor. That, in turn, keeps the computer active and avoids states like sleep mode or a status indicator on an app switching to “away” or “inactive.” This is a big deal for users who have their computers monitored.

How are people using mouse jigglers?

The rise of remote work during the COVID-19 pandemic — among other factors — made many businesses worry that they could not physically track employees the way they used to. From installing mandatory monitoring software (“bossware”) to even hiring private investigators, employers started going to great lengths to find some way to keep an eye on employees. Others started using additional productivity measurements, such as active versus inactive statuses on company communication apps so employees who went inactive too frequently would face consequences.

Employees frequently disagreed. Many believed that “time on the computer” had little to do with actual productivity, especially if their tasks were completed in a timely manner. Others wanted employers to realize that work-from-home and other work situations required a more flexible approach and that measuring active status on a computer was a very poor indicator, unfair to those juggling their work/life balance. The Center for Democracy & Technology directly called the practice hazardous to employees’ health.

A solution existed to these tracking issues: mouse jigglers that simulated computer activity enough to keep status indicators active. In the past few years, their use has quickly grown among monitored employees. Activating these jigglers can be useful in situations like:

Are there different kinds of mouse jigglers?

Yes, there are two main types. One is a dock-like device that you plug into a power source and rest beside your mouse. When you step away from the keyboard, you place your mouse on this dock, and it will manipulate the optical sensor to keep the mouse cursor on the screen slowly moving.

The second kind is a USB plugin, similar to the normal kind that many wireless mice use, except it includes software to wiggle the mouse cursor around when the mouse isn’t being used. These tend to be more affordable and take up less space but may be more detectable.

There are also apps that can simulate mouse movement, but these are less common.

Do they actually work?

They do what they are intended to do: They keep status lights green and keep screensavers and sleep modes from activating.

However, they can’t imitate actual work. They can’t fool keystroke tracking, which some of the most invasive bossware may use, and they can’t respond to callouts you may receive on videoconferencing apps like Zoom or WebEx.

Are mouse jigglers legal? Will I get in trouble using one?

There’s no law against using a mouse jiggler. But a workplace that implements bossware or rules about status indicators is likely to have a problem with mouse jigglers, too. That could put your job in jeopardy if someone finds out you are using one, and at least one story of someone being caught has gone viral.

Jigglers and movers are generally hard to detect unless you are using a work computer, which can be monitoring for extra peripherals or additional software. That’s why some people prefer the dock-style mouse jigglers that can be plugged into a separate power source.

We’re still early on in this arms race, and it’s uncertain just how hard employers will pursue technology to detect mouse jigglers and similar solutions (along with the requisite IT resources). For now, it’s something that can vary greatly from company to company.

What are some popular mouse jigglers?

Tech8 has a colorful mouse mover with the dock design for $30 that you may be interested in. Vaydeer sells a similar model with a different design and also sells a $14 USB version that it claims won’t be detected as an unknown USB device. If you’re willing to pay a bit more, Liberty Mouse Mover has a larger, fourth-generation Mouse Mover for $50 that uses a microprocessor to create random mouse movements with the ability to adjust the parameters.