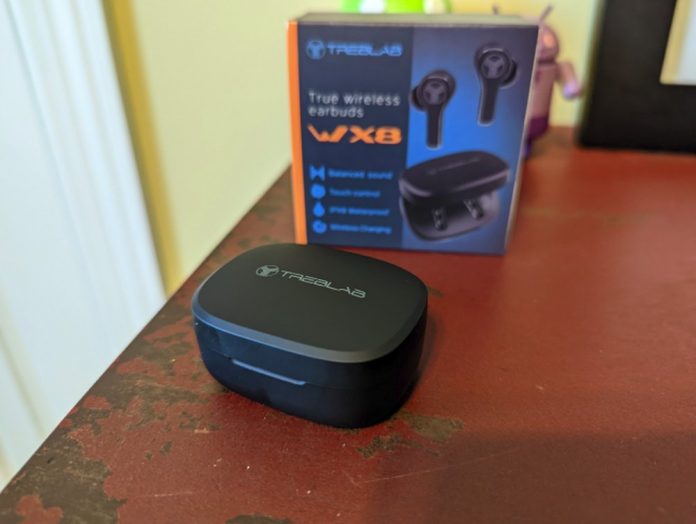 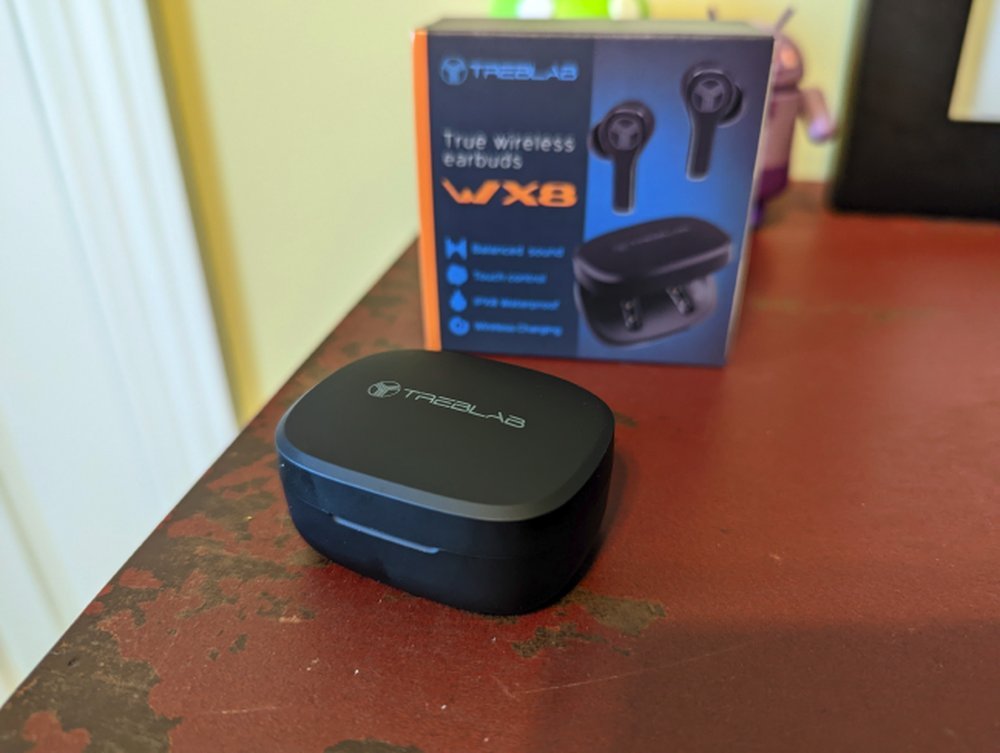 Treblab is a favorite of ours for wireless earbuds. The company consistently makes quality devices that can be had on a budget. I’ve been testing the latest addition to its portfolio for a few weeks now, and the Treblab WX8 earbuds continue that tradition.

The WX8 earbuds aren’t striking out for new territory here, but these buds still have a nice industrial design. The stemmed earphones have a light plastic construction with a silicone-tipped earpiece.

Personally, I’ve struggled with these types of earbuds with mostly silicone tip that has almost a 90-degree angle. These are no different. The WX8 seat well on first putting them in my ears but quickly struggle to stay put. This is of course subjective to each person. Many of our team have zero issues, but it’s worth pointing out.

On the positive, I found the touch controls to be spot on. Tap either side for play/pause of playback. Double taps of the right earbud move you forward a track and the left takes you back to the previous item.

Press and hold each earpiece to manipulate the volume. The right side increases the sound level while the left side lowers the volume. A triple tap of either earbud activates your voice assistant of choice.

Rounding out the specs are Bluetooth 5.1 and IPX8 water resistance ratings. This should get you a fast connection and durability for any elements. Whether inside the gym sweating out that lunch burger, or getting caught in a storm shower, you should be good to go with the Treblab WX8 earbuds.

Audio quality is good on the Treblab WX8. Wireless earbuds by nature will never reach audiophile levels, but Treblab has done a nice job in this segment. The bass is decent with highs and mids coming through as you’d expect.

Reviews of audio are always another subjective part of earbud assessments. I’ve found for the price point of $50, the Treblab WX8 buds perform admirably.

Endurance is another element of surprise here. Treblab rates a single playtime to be seven hours for the WX8 earbuds. I’ve found this to be very accurate with volume around 50-60%. I have consistently gotten a full workday in the office out of a single charge.

When you do need to fuel back up, you have great options with the charging case. The case alone can give you 28 hours of total listening. The case can be recharged via USB-C or wireless charging. The Qi charging is a nice touch for something with a pretty low price tag. 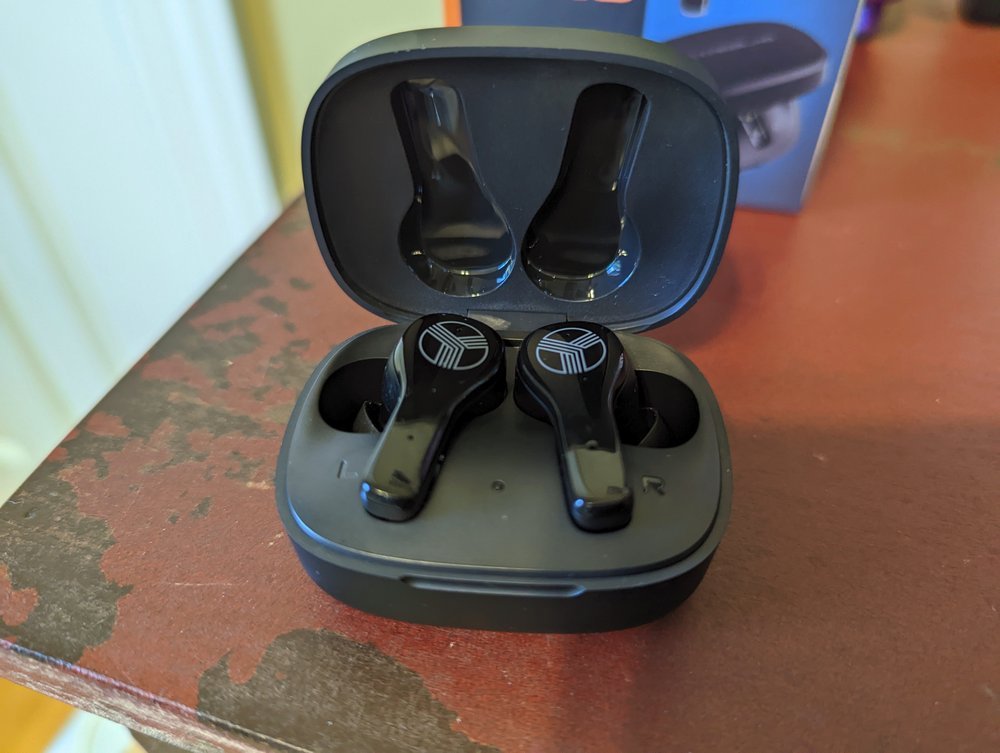 USB-C charging can also offer quick charging. Trelabs rates that just an hour of plug-in can give you a full charge. This has been accurate in my testing as well.

Treblab has another compelling set of earbuds with the WX8. For just $50 you can snag true wireless earbuds with good spec, fast charging, and great battery life.

The Treblab WX8 earbuds can be purchased via the Treblab website or Amazon in a single black variant. Hit the links below to snag one now.