HomeNewsTikTok pivots to photos while its competitors are still chasing its viral...
News 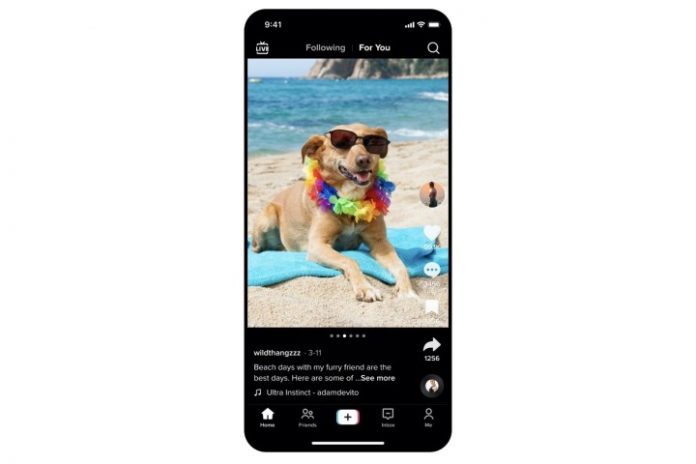 TikTok’s competitors have been all over the news recently for essentially copying the short-form video sharing app’s  most successful moves. But while everyone else is pivoting to video, TikTok is now taking swings in the other direction: photos.

On Thursday, TikTok announced a slew of new editing and creation features, but the one tool that caught our eye was Photo Mode. Because the image that TikTok shared in its official announcement depicted a photo carousel-style image post that looks a lot like Instagram.

We're excited to highlight a range of new editing and creation tools available on TikTok 🎉 https://t.co/aOchdcIdT9

Photo Mode (see below) is expected to allow users to be able to post multiple photos in a carousel. TikTok’s announcement seems to say that the carousel allows viewers to  swipe through the images featured and the images will “automatically display one after another.”

And with those familiar carousel dots seen in the image above, TikTok’s Photo Mode does look like an IG post. But Photo Mode also has something that differentiates it from a standard Instagram carousel post: You can add music to a Photo Mode post. Photo Mode begins its rollout today and should be available in the U.S. and “most regions globally.”

TikTok’s recent pivot to photos feels odd considering all of its competitors are still trying to copy what made TikTok successful: its viral short-form videos. This recent switch-up from TikTok is odd, but it’s not entirely surprising. TikTok has been incorporating its own take on its competitors’ features and concepts for a while now. In May, it announced the continued rollout of its Friends tab feature (so users could keep up with their friends’ videos) — which feels like it was taking a page out of the old Facebook/IG playbook of using social media platforms to keep up with friends rather than using it primarily as a platform for creating an influencer/content creator career.

And then just last month, TikTok announced its own version of daily prompt photo posts first introduced by the social media app BeReal. TikTok’s version is called TikTok Now, and its posts look a lot like BeReal posts. Both TikTok Now and BeReal involve sharing a photo with friends, although TikTok Now also offers the option to share a short video.

It is strange to think that for all of the commotion around Facebook, IG, Twitter, YouTube, and everyone else trying so hard to catch up with TikTok, that TikTok is just out here seemingly minding its own business, doing its own thing, and bringing its users back to social media basics with simple photo sharing to friends.