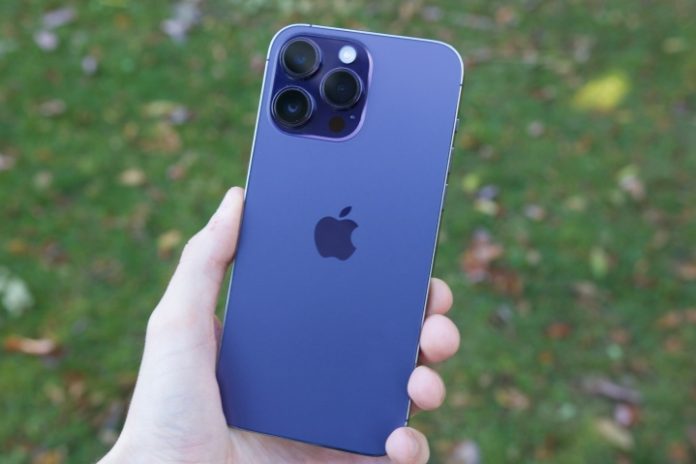 Apple is apparently prepping a few surprises for the iPhone 15 lineup next year, including one that marks the return of haptic tech for physical controls on its phones. According to TF Interntional Securities analyst Ming-Chi Kuo, Apple plans to put “solid-state” buttons on the Pro models next year, replacing the clicky power and volume buttons on the sides.

Kuo adds that Apple will put the Taptic Engine array alongside the phone’s vertical edge on both the left and right sides; Apple’s existing lineup of phones comes armed with a single Taptic Engine. To put it simply, the clicky power and volume buttons are gone.

For the unaware, this is the same system that simulates the feeling of a physical click on Apple hardware. The best example would be the glass-covered trackpad on MacBooks, which offers satisfying vibration feedback when you tap on the trackpad, replicating the assuring feedback of a physical click.

Apple integrated similar tech inside the Touch ID home button on the iPhone 7 and its successor. Instead of a button that could physically push downward when pressed, users only had to tap on the button and let the Taptic Engine produce vibration feedback to simulate the button press sensation.

Huawei used a similar solution on the Mate 30 Pro, which had a dramatically curved waterfall display that left no space for physical volume control. To make up for it, the Chinese smartphone maker chose an on-screen system for volume controls.

It is unclear whether Apple will go with the usual metallic flat-edge design, or if we are finally going to see a curved display aesthetic on the iPhone 15 Pro. However, the implementation will most likely be good, primarily because the Taptic Engine will be there on both the left and right sides.

Upping the ante for innovation

Interestingly, putting a Taptic Engine on either side just might solve the dexterity problem. The physical power button on an iPhone sits on the right, while the volume rocker sits on the left. With a button-less approach that relies on a vibration motor mechanism, Apple might allow users to switch the position of volume and power buttons alongside the left and right edges.

Apple is also reportedly planning to upgrade the RAM capacity from 6GB on the iPhone 14 series to 8GB on its successor. The most notable upgrade will reportedly happen in the camera department. Apple is supposedly eyeing a periscope-style telephoto camera for the iPhone 15 Pro models, significantly boosting the lossless optical zoom range.

Apple’s best currently maxes out in the 3x optical zoom range, despite the $1,000 starting price. On the other hand, Android rivals like the Galaxy S22 Ultra have reaped the benefit of a periscope (aka folded lens) telephoto camera system to deliver 10x optical and 30x hybrid zoom output, going as far as 100x digital zoom.

Finally, there’s the juicy USB-C rumor, which Apple only confirmed earlier this week. Apple won’t say when exactly its phones will switch away from the Lightning port, but if the 2024 deadline set by the EU is anything to go by, Apple might want to get an early start by putting a USB-C port on its phones starting with the iPhone 15 family next year.