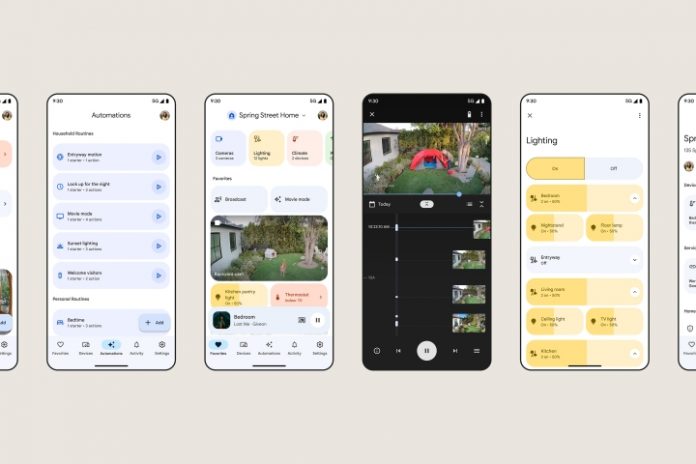 A new, major Google Home design overhaul is coming soon to the delight of users everywhere. Many have been unhappy with the Google Home app’s UI for quite some time as its streamlined approach to providing information seemingly took some agency away from smart home device owners. The new redesign, however, aims to give users more control over their devices and settings than ever before.

While the redesign certainly retains a more straightforward, minimalist look to its UI elements, the settings themselves are as abundant as ever — giving users full control over every aspect of their smart home. The newfound control doesn’t end with more granular settings, however, as the redesign is meant to be fully customizable so that users can prioritize the aspects of smart home living most applicable to them.

For example, if you don’t have smart devices like security cameras or smart lights, you won’t have to navigate past their UI elements in the app if you don’t want to. Conversely, if your house is packed to the brim with devices, organization through Google Home has never been more simple as the update provides helpful tabs for quick navigation.

The new update makes use of a lot of the empty space that the previous version of Google Home featured by filling it with things such as suggested reminders and scheduling options. This makes it easy to program an automated weekly schedule for yourself and your household through the app. 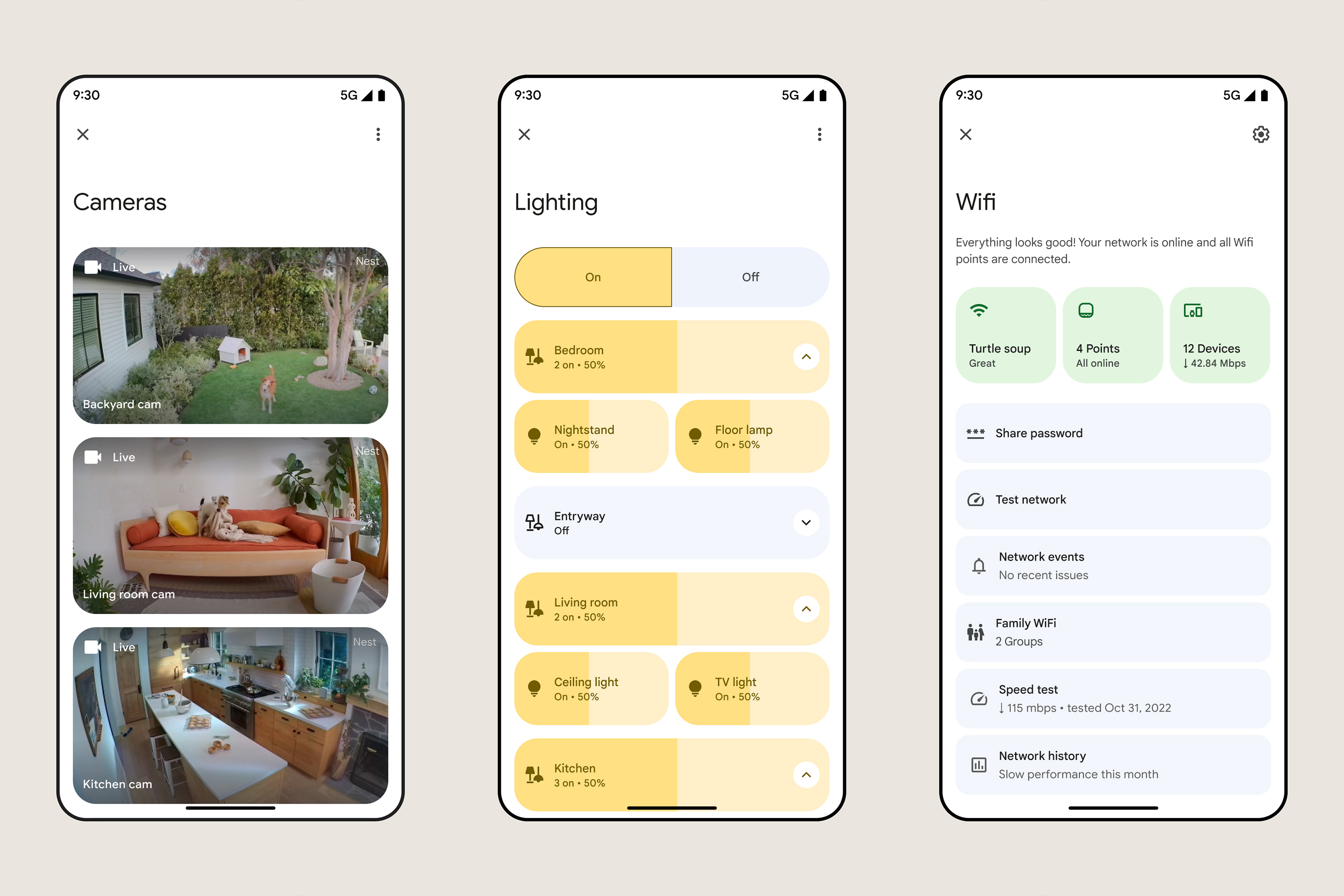 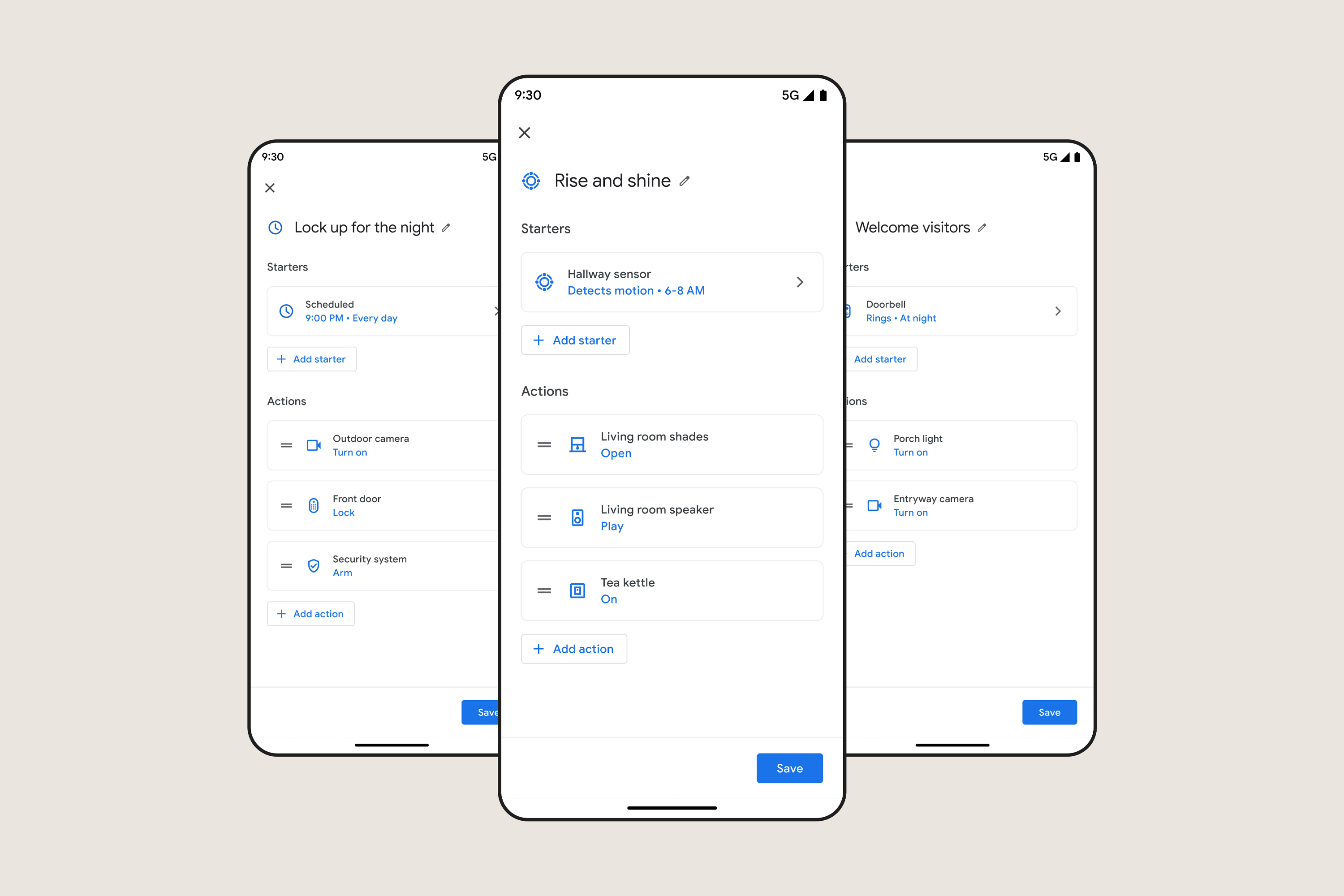 There’s plenty to be intrigued by with the redesign, but one of the main reasons for the changes seems to be the upcoming integration with Matter, a universal device controller of sorts that puts full control over all smart home devices in a single place. Some devices may already support Matter connectivity, but Google promises that as new devices implement it, they’ll all be controllable through the Google Home app.

The new Google Home update will be rolling out later this fall to smartphones as well as to browsers and to Wear OS for the first time. If you’re interested in trying out the app redesign early as a preview tester, you can sign up through this link, which will be live in the coming weeks.