The canceled Nvidia RTX 4080 12GB takes a beating in benchmarks 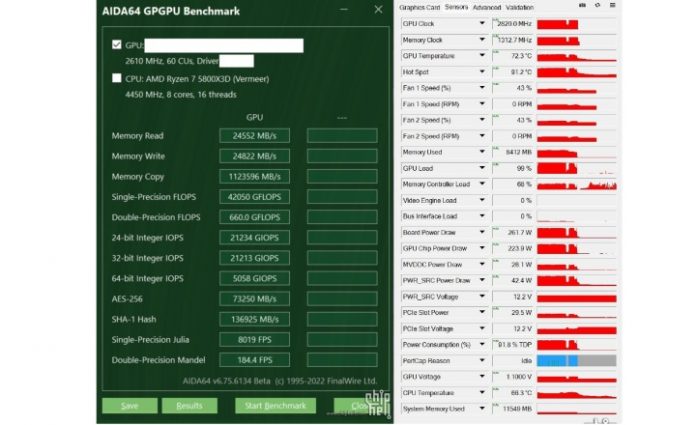 Nvidia decided to “unlaunch” the 12GB version of the RTX 4080, but those graphics cards were still made by Nvidia’s board partners. This means that, as with any other piece of PC hardware, some benchmarks of these ill-fated GPUs are expected to leak out.

Today, one such set of benchmarks appeared online, giving us our first look at what could have been the RTX 4080 12GB. Spoiler alert: It was beaten by GPUs from the previous generations.

Nvidia’s RTX 4080 12GB, also known as the graphics card that was just not meant to be, appeared on Chiphell forums in leaked benchmarks. Nvidia may have chosen to cancel the RTX 4080 12GB and place all bets on the 16GB version instead, but Nvidia’s board partners were already hard at work preparing the graphics cards for an imminent launch. Even though they won’t make it to the stores under the RTX 4080 12GB branding, these GPUs still exist, and a member of the Chiphell forums took one out for a spin in a series of tests.

We don’t know the exact model of this RTX 4080 12GB, but the leaker provided some information about how it fared during the test. It’s worth noting that it was most likely running on a factory overclock, but this wasn’t mentioned by the tester. The GPU’s clock speed maxed out at 2,820MHz and the maximum power consumption hit 262W. At peak, it managed to deliver 42 teraflops (TFLOPs) of FP32 compute power.

Wccftech compiled all these results and compared the unreleased RTX 4080 12GB to some of the best graphics cards that are available right now. Unsurprisingly, the RTX 4090 reigns supreme by a landslide so we won’t mention that GPU, but the RTX 4080 12GB was outperformed by RTX 30-series and RX 6000-series GPUs on several occasions.

Given the controversies that surround the RTX 4080 12GB, it was probably the right idea for Nvidia to “unlaunch” it, seeing as both the name and the price tag didn’t add up to the performance promised by the specifications. However, it might be a costly choice for Nvidia, which is currently also dealing with a rising number of reports of RTX 4090s melting.