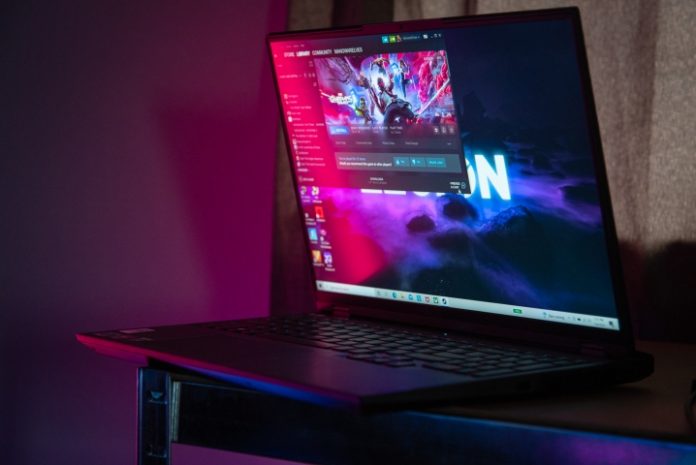 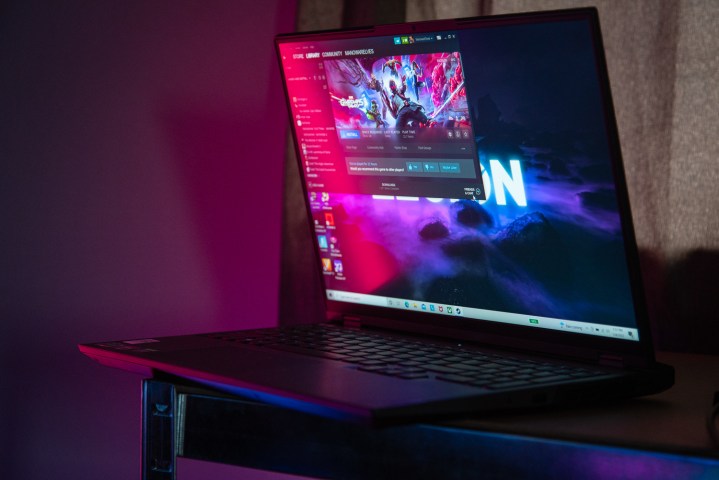 The Prime Early Access Sale starts tomorrow (it officially kicks off 12 a.m. PT October 11), offering up what is effectively a second helping of Prime Day deals as well as a chance to get an early start on the 2022 holiday shopping season. This two-day sale is exclusive to Prime members, and if this year’s summer Prime Day event is any guide, then it’s sure to deliver some fantastic discounts on clothing, toys, tech, and just about everything else. If you’re specifically planning to hunt for Prime Early Access gaming laptop deals, then read on for some tips and advice on how to shop the sale, along with a few early October Prime Day gaming laptop deals you can browse before it begins.

The long and short of this is that you’ll need a Prime membership in order to shop the Prime Early Access gaming laptop deals tomorrow (at least the ones sold by Amazon, and not third-party retailers operating on the website). Amazon Prime currently costs $15 per month or $139 per year. That’s a pretty good value considering all that you get with your membership, but if you aren’t quite sure you want to pay for it yet,  Amazon offers 30 days of free Prime to those who haven’t had an active membership or taken advantage of the free trial within the last 12 months.

MSI isn’t as well-known as names like Alienware, but this brand has some pretty solid gaming machines under its umbrella. The MSI GF63 notebook is one of them, and this 15-inch laptop is a highly affordable gaming battle station that you can fold in half and put into your backpack or shoulder bag. And with an HDMI port, you can even hook it up to an external monitor when you’re back at home for a desktop-like gaming setup.

Under the hood, this gaming laptop combines the speed of an Intel i5-10500H processor, 8GB of RAM, and an Nvidia GeForce GTX 1650 Max-Q graphics card with 4GB of VRAM. That’s enough power to enjoy modern games at decent settings while also delivering plenty of juice for work — this would be a fine laptop for a student who likes to kick back with some gaming after a day of class. The full-size backlit keyboard is also ideal for working on comfortably, and you even get a numeric keypad.

The chassis has a nice-looking design that’s not too garish, too, making it suitable for classroom and workplace environments. This multimedia machine can be yours for a great price, and it’s easily one of the best cheap gaming laptop deals on the market right now.

Acer is a value leader in the world of laptops, and gaming laptops are no exception. The Acer Nitro 5 is one of the best budget laptops on the market for gaming if you want a solid machine for work and play that won’t set you back more than a grand. This one pairs a Ryzen 5 5600H processor with a GeForce RTX 3060 graphics card, one of Nvidia’s RTX 30-series GPUs, which has 6GB of GDDR6 video RAM. It comes with 8GB of RAM and a 512GB SSD as well.

That hardware is more than capable of playing new games at good settings, and it’s helped further by the 1080p display’s smooth 144Hz refresh rate. This higher refresh rate allows you to game comfortably at 60 frames per second without annoyances like visual stutter or screen-tearing. The 15.6-inch screen is surrounded by slim bezels, too, giving the laptop a nice gamer aesthetic that’s suitably modern without looking too chunky.

You can often  expect to pay nearly a grand for a gaming laptop sporting a GeForce RTX 30-series graphics card, but a nice discount knocks this machine down to a very affordable price right now.

If you’re looking for one of the best gaming laptop deals for under a grand but one that doesn’t skimp on hardware, the MSI Alpha 17 is a fine choice. Normally, the GPU is the most expensive part of a gaming machine — if any component will bottleneck your gaming performance, it’s going to be the graphics card. However, the CPU and RAM are still very important, as they handle general computing tasks as well as almost everything else you’re doing when you’re not gaming.

This gaming laptop sports a Ryzen R7-5800H CPU, and on top of that, it’s got 16GB of RAM which is fantastic to see on any sub-$1,000 gaming laptop. The star of this show is, of course, the graphics card: Here, you get a Radeon RX 6600M, one of the best mobile GPUs on the market now. This processor, RAM, and graphics card combo is more than sufficient for tackling modern games at high settings for years to come, and with that GPU, you have plenty of horsepower for video work and multitasking as well. You even get 512GB of solid-state storage.

HP is a maker of some of the best gaming laptops to come along in recent years, and its Omen 16 is a great upgrade over standard 1080p gaming laptops if you want a larger, crisper picture. With its 16-inch 1440p display, this gaming laptop fits the bill, giving you a noticeably better resolution to work with but without the refresh rate limitations that usually come with laptops.

The highlight of this design is the sleek frame and QHD display, but it’s got the hardware where it counts, too. Its 12th-gen Intel i7 processor packs 14 cores, which is superb for productivity and multi-tasking. It’s no slouch for gaming, either, with its beefy GeForce RTX 3060 GPU. Better still, you’ve got 16GB of RAM — double the amount that you usually see on laptops.

The display has a 165Hz refresh rate as well, so you don’t have to worry about the screen being unable to keep up with all that hardware when you’re playing at higher framerates. If you you want a muscular gaming laptop that’ll last for years and years, it doesn’t get much better than this.

If “cheap” isn’t in your vocabulary and you want a serious gaming laptop that will last you for years to come, the Asus ROG Strix G15 Advantage Edition needs to be on your radar. This on-the-go gaming PC is a practical size with its 15-inch QHD display, and its striking LED-accented design and narrow bezels keep the laptop slim enough that it won’t weigh you down.

That 1440p screen is also a very impressive 165Hz panel, with a boosted refresh rate being a must-have for any proper gaming laptop. Its gorgeous QHD resolution also lets you enjoy your games, movies, and other entertainment on a screen that’s superior to standard 1080p panels. The screen ensures that you get the most out of the hardware under the hood.

And you’ll want a display like that to go with the hardware: This QHD gaming laptop laptop comes loaded with a Ryzen 9 5980HX processor, a boosted 16GB of RAM, and a Radeon RX 6800M GPU, meaning this machine will effortlessly handle new releases for years. You get a 512GB SSD for installing your game library as well. The adaptive cooling design is also one of the better thermal setups we’ve seen on a laptop.

Should You Shop These Prime Day Gaming Laptop Deals or Wait Until Tomorrow?

If you see that gaming laptop you’ve been eyeing all year on sale fall to your target price before tomorrow, there’s no real harm in buying it now. After all, if the price does drop during the Prime Early Access Sale, you can always cancel your first order and snap it up again at the lower price (assuming you’re quick enough). However, it should go without saying that the best Prime Early Access laptop deals are going to drop during the sale itself, so if you have a Prime membership and are planning to shop the event anyway, you might as well wait and see. It’s highly unlikely that the price will go up during the sale.

A more pertinent question might be whether it’s wise to wait until after Thanksgiving for the Black Friday gaming laptop deals that are sure to come. In this case, our advice is not to wait. Prime Day deals are usually every bit as good as those you’ll find during Black Friday weekend, and the Prime Early Access gaming laptop deals are not likely to be different. We recommend shopping the Prime Early Access Sale if you can, and treating it as an “early Black Friday” event (or a second Prime Day) as well as a chance to get a head-start on your holiday shopping.