Let’s face it, power banks are boring. We charge them, toss ‘em in a bag, and don’t give them any thought until we get the low battery warning on our favorite gadget. So, how do you make a power bank more interesting?

If you ask Shargeek, it’s by adding some cyberpunk style and versatile controls using a sci-fi-inspired display. And boy were they right. I’ve used dozens of power banks over the years and the Storm 2 is the first one I’ve actually gotten excited over. Fortunately, Shargeek agreed to send one over for review and even threw in its new Storm 2 Solar Panel. 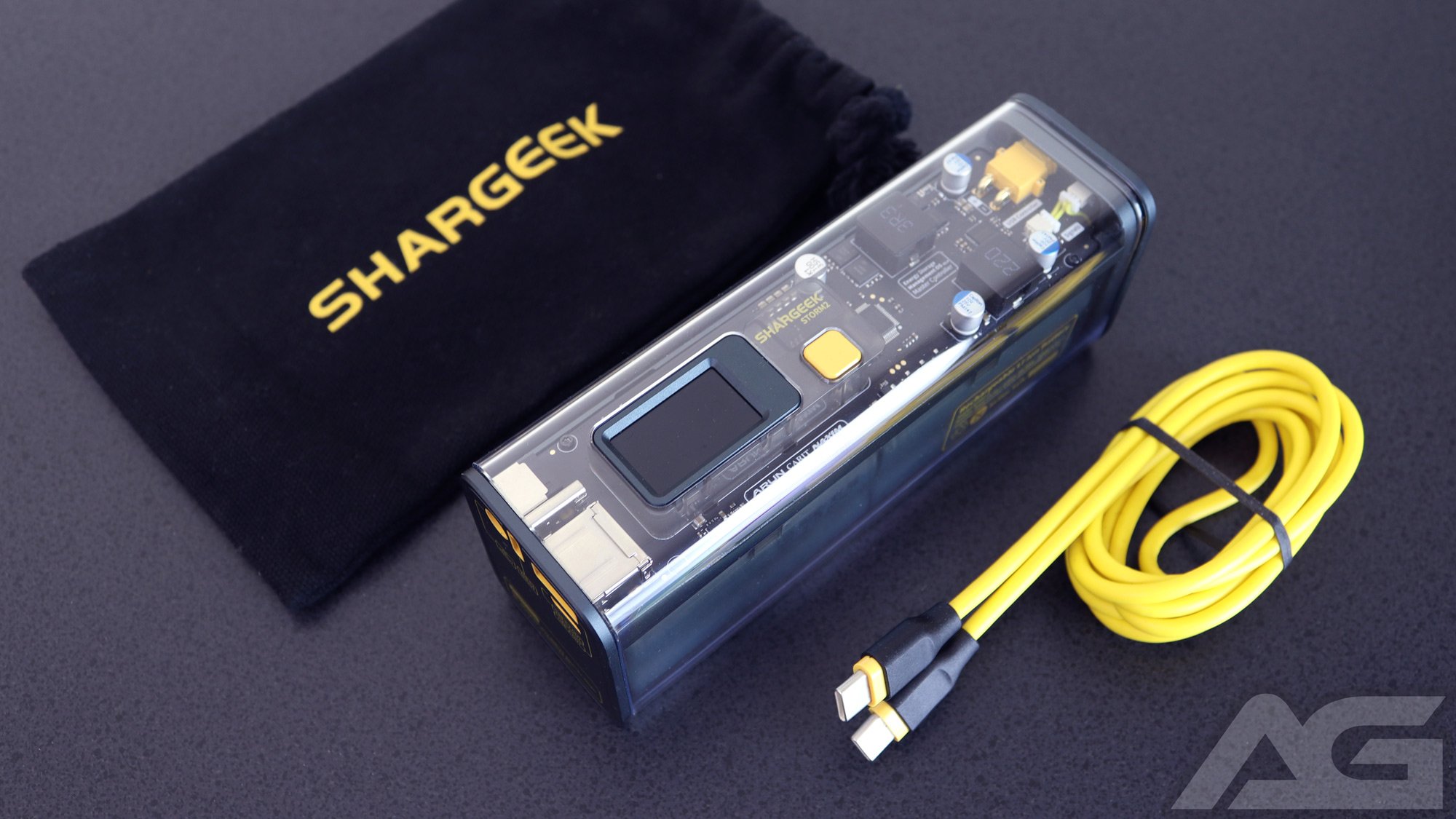 The first thing you’ll notice about the Shargeek Storm 2 power bank is the eye-catching see-through body that reveals the internal circuit boards. Next, is the unique color display that gave me Star Trek LCARS vibes thanks to the colorful interface.

Last, but not least, is the variety of ports the Storm 2 provides, including a USB Type-A port, two USB Type-C ports, and a DC barrel connector.

The Shargeek Storm 2 Solar Panel is similar to many other compact solar panels, in that it uses a foldable accordion-like design with a hook and loop fastener. However, it stands out with a compartment specifically designed to house the Storm 2 power bank, including cutouts for the ports, display, and singular button.

Usually, there’s not much to say about a power bank. At most, they typically have a simple display with a number read out. The Shargeek Storm 2 isn’t your typical power bank though, this cyberpunk-inspired charger has serious smarts. 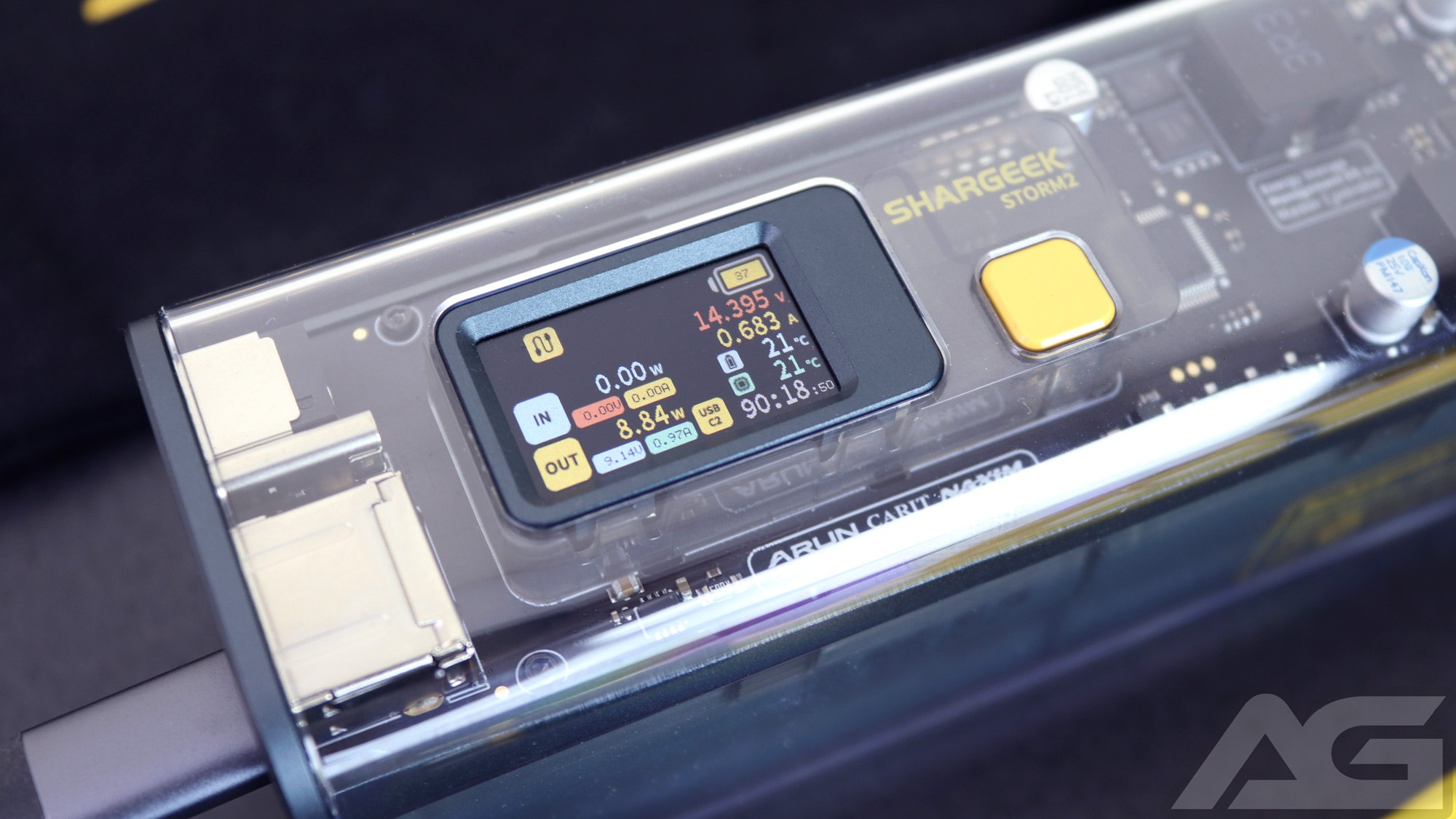 I’ve never seen a more fully decked-out intelligent power bank before. The display is crammed full of information, including the wattage in and out, the voltage, temperature, and more. Digging into the menus opens up all sorts of new options, such as changing the units, setting a timer, and a battery info overview.

This is more than enough to satisfy any stats geek out there, like myself, who loves to monitor every little thing, and Shargeek does all of this while also making it easy to use. Besides the unique style and fantastic display, the Storm 2 also impresses with its capacity and selection of ports. With its 25600 mAh / 93.5Wh capacity, the Storm 2 is capable of providing one full charge to a wide variety of laptops or charging up your phone or tablet several times over. You can also use it on a drone, Bluetooth headphones or speakers, and pretty much any other mobile device with a charging port. 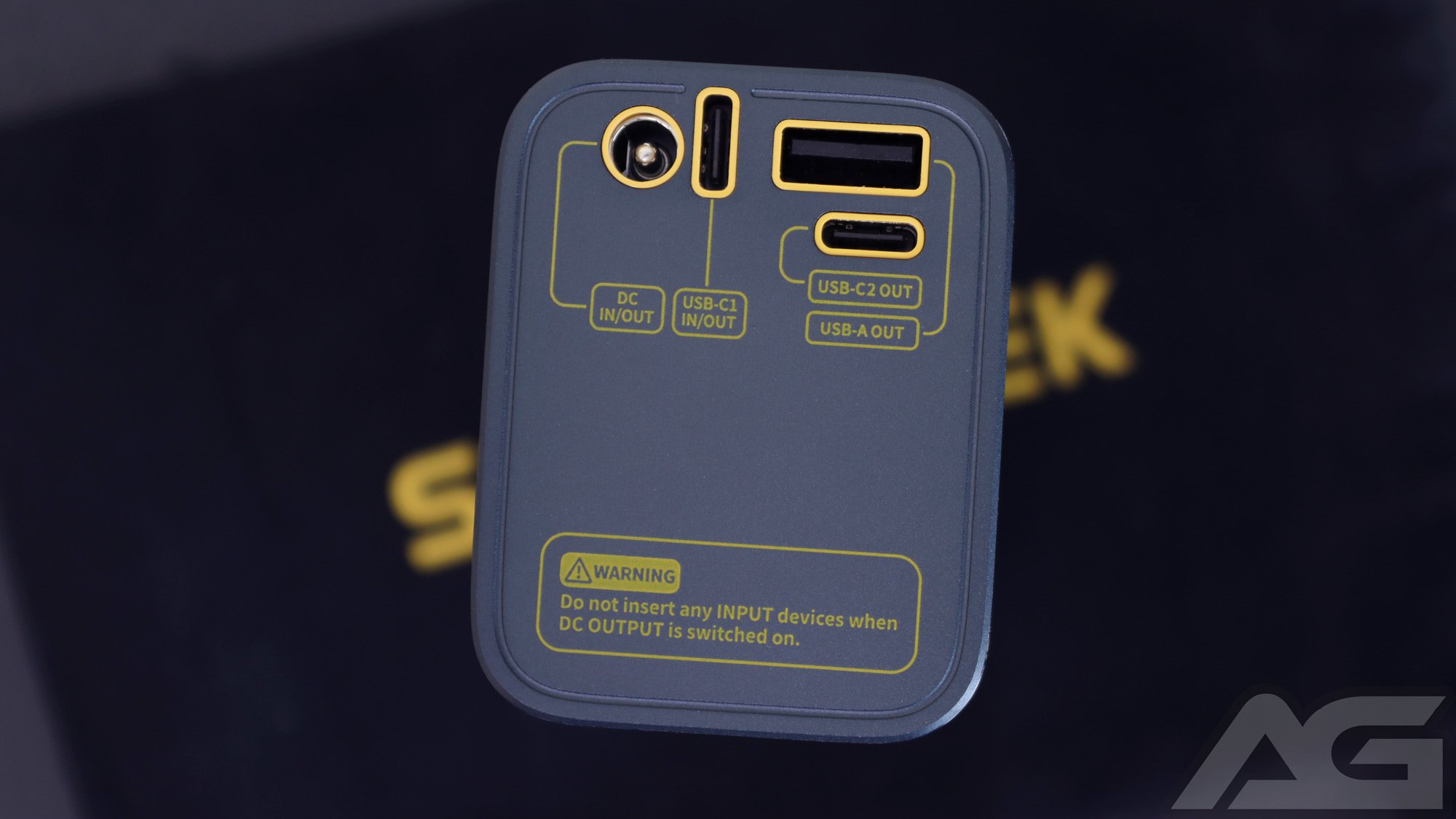 Additionally, with fast charging and 100W PD capabilities, the Storm 2 will have you charged up quick, fast, and in a hurry. It even provides pass-through charging, and can be fully charged and ready to go in under two hours.

The Storm 2 Solar Panel has the benefit of being built specifically for the Storm 2 power bank. While it can be used for any device or power bank, you’ll end up with a bulky useless enclosure if you choose to get it without the Storm 2. Like many other solar panels, this one is as easy to use as putting it in the sun and plugging something into it. The Storm 2 Solar Panel is rated for a maximum of 12W of power, but in my experience, I was only able to get a maximum of 7-8W in direct sunlight. This may be due to some wattage lost in transition or the panels being unable to lay perfectly flat after being folded up for so long.

Either way, it still works, but it will take quite some time to fully charge the Storm 2 power bank. 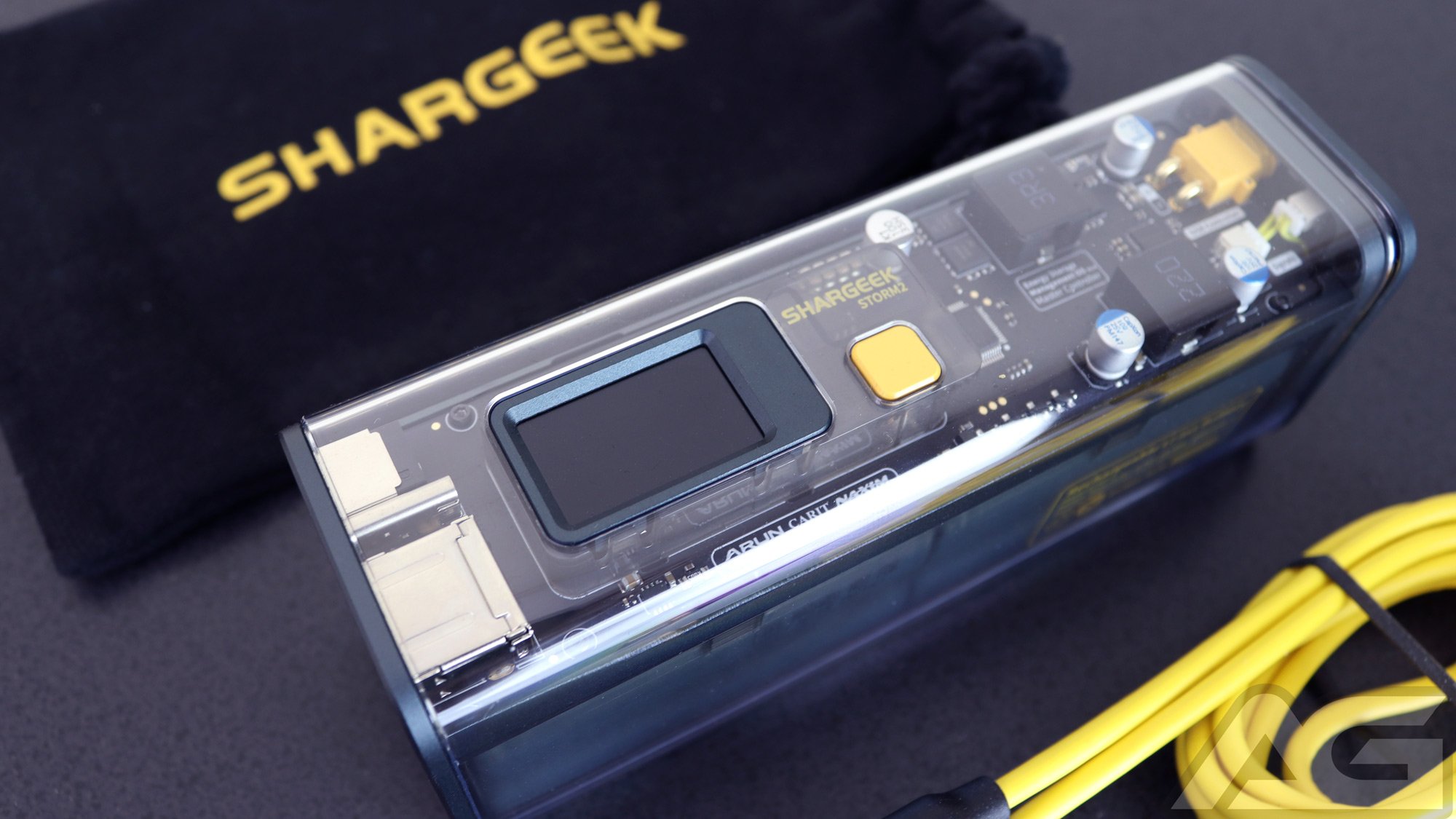 The Shargeek Storm 2 power bank and Storm 2 Solar Panel are the perfect combo for staying powered up off the grid. The pair were tailor-made for each other, and even separately, both are fantastic products. Especially the futuristic-looking Storm 2 portable charger, which is the most advanced power bank I’ve ever used with an impressive set of features, versatile controls, and an array of ports.

The only downside is that the Shargeek Storm 2 portable charger is pretty pricey starting at $229. The good news is, all of Shargeek’s products, including the Storm 2 power bank and Storm 2 Solar Panel, which retails for $69, will be 20% off on October 11 and 12 from Amazon and Shargeek’s website. That’s a fantastic discount on both of these products and your best opportunity to grab them at an all-time low price.

Buy from Amazon Buy from Shargeek