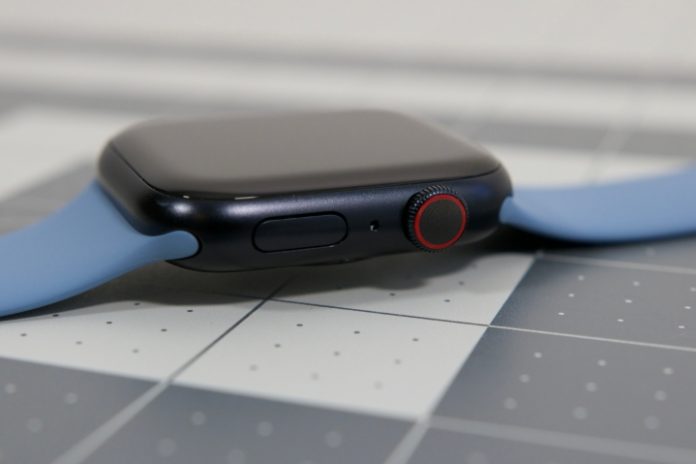 Taken as a whole, the Apple Watch is an impressive piece of technology. It remains one of the best smartwatches out there, and it’s by far the most practical option for iPhone owners.

Each year, the Apple Watch gains small improvements that Apple undoubtedly hopes will be enough to draw new customers into the fold. However, these year-over-year improvements aren’t enough for most current Apple Watch owners to justify upgrading to a newer model.

To be clear, there’s nothing inherently wrong with that. Sometimes we have unrealistic expectations that tech products always need to be exciting and innovative. But when a product is already ahead of the curve to begin with, there’s only so much farther it can go.

It’s also not a bad thing that Apple Watch owners can be happy for much longer with the wearable that’s already on their wrist instead of feeling that they’re missing out on the next big thing. This is precisely how I’ve felt about my Apple Watch Series 5 for the past few years, and seeing the new Apple Watch Series 8 did nothing to change that.

The Apple Watch hit its stride three years ago

The Apple Watch had grown up with the Series 4 the year before, adding improved heart rate sensors, an ECG app, and fall detection. The Series 5 completed that journey with an always-on display — a quality-of-life improvement that made it a substantially more practical timepiece.

Since the Series 5, Apple’s annual upgrades have been focused on iterative improvements and more niche features. The Series 6 gained a blood oxygen sensor and always-on altimeter, along with under-the-hood improvements to the optical heart sensor and Apple’s ultra wideband U1 chip. The Series 7 grew slightly larger, making room for a full QWERTY keyboard while also adding 33% faster charging. This year’s Series 8 adds a temperature sensor and emergency crash detection.

These are all solid features, to be sure, but it’s clear that the Apple Watch has already reached maturity as a consumer product. That’s good news, as it means you can be confident that any Apple Watch model you buy today will remain relevant and useful for years to come.

Why I upgraded to the Apple Watch Series 8

Despite being quite happy with my Apple Watch Series 5, I took the plunge and picked up a Series 8. However, my decision to upgrade wasn’t for any of the new features that the Series 8 promised or even features from the past two generations of Apple Watch. In fact, it was actually more about the Series 5.

My father, who is in his mid-70s, has been wearing an Apple Watch Series 3 for the past few years, which itself was a hand-me-down when I picked up the Series 5 in 2019. In addition to being smaller, the Series 3 lacks useful health features like the ECG app, fall detection, and improved heart sensors. Further, WatchOS 9 signals the end of the road for the Apple Watch Series 3, which will now be left behind on WatchOS 8.

When the Apple Watch Series 7 came along last year, I began contemplating upgrading to that one for the sole purpose of handing off my Series 5 to my dad. While he was recently visiting from out of town, I decided it was an ideal time to make the move. So, I picked up a Series 8 and sent him home with my old Series 5.

He’s been thrilled with the upgrade, particularly the larger screen and always-on display, while features like fall detection and better heart sensors also provide me with some extra peace of mind.

As for me, though, I find it easy to forget that I’m wearing a new Apple Watch.

Adapting to the Series 8 was effortless

Were it not for the larger display, I wouldn’t notice any difference between the Series 5 and Series 8. They’re similar in every other way, and the Series 8 doesn’t add any new apps or user-facing features that I would encounter regularly.

Of course, the larger display is a nice change. While the Apple Watch Series 8 is only a millimeter larger than the Series 5, the screen grew by twice that in each direction. It’s a noticeable difference, and the appearance of the QWERTY keyboard on those rare occasions when I’m replying to a text is another reminder of that.

The new temperature sensor and fast charging also prompted me to revisit the sleep-tracking features, and I’m quite impressed with how much these have improved with recent WatchOS versions. I’m still not sold on the idea of wearing my watch to bed at night — it just feels weird to me — but it’s still nice to know that I can charge it back up while I’m taking a shower and having my morning coffee.

Still, even with these new experiences, the Apple Watch Series 8 doesn’t actually feel “new” to me in the same way that my iPhone 14 Pro Max does. However, that’s a good thing, and it’s a testament to how well-thought-out the Apple Watch is that each new model still feels like an old familiar friend and not something to get excited about. After all, great technology should blend in seamlessly with our lives, and that’s especially true when it comes to wearable technology. By that standard, the Apple Watch completely nails it.