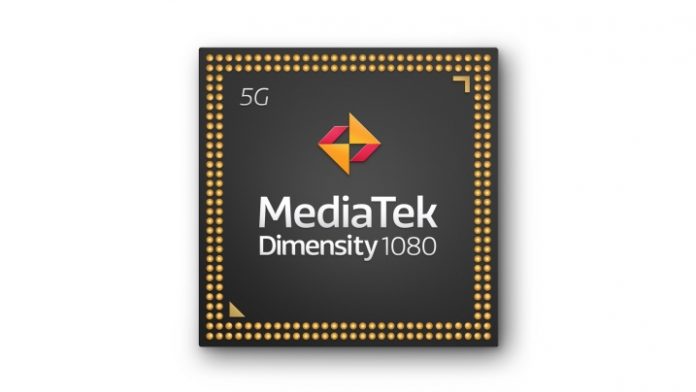 The MediaTek Dimensity 1080 is based on a 6nm process like its predecessor. It consists of an octa-core CPU, which comes with two upgraded ARM Cortex-A78 CPU cores operating at up to 2.6GHz as compared to 2.5GHz on the Dimensity 920 chipset. They are accompanied by the same ARM Mali-G68 GPU.

Due to it having the same GPU, you can expect a similar gaming performance as before. However, MediaTek is promising new gaming experiences. For instance, you can now keep on gaming even when you receive a call — a common feature for many devices. The Dimensity 1080 is also claimed to be more power-efficient than before, so it sgould deliver better battery life.

The MediaTek Dimensity 920 supported up to 108MP cameras, which we saw on a number of Xiaomi devices. The latest Dimensity 1080 bumps the megapixel count to 200MP with HDR10+. In other words, you can expect smartphones with 200MP cameras to become more mainstream in late 2022 and early 2023. Like the Dimensity 1080’s predecessor, the new chipset comes with support for 4K HDR video recording, which is “hardware-accelerated” this time around.

The Dimensity 1080 has support for 120Hz displays, something we saw on the previous generation. It also supports sub-6GHz 5G networks, Wi-Fi 6, and Bluetooth 5.2 connectivity. Other features include LPDDR5 RAM and UFS 3.1 2-lane storage. Unlike the Dimensity 920, however, the Dimensity 1080 doesn’t support UFS 2.2 storage alongside the 3.1 standard.

The MediaTek Dimensity 1080 seems like a mild upgrade over the Dimensity 920. The major upgrade comes in the camera department with support for 200MP cameras, and the promise of better power efficiency is encouraging. We will have to wait for a final verdict until we get our hands on some Dimensity 1080-powered smartphones, which are slated to launch in the fourth quarter of 2022.