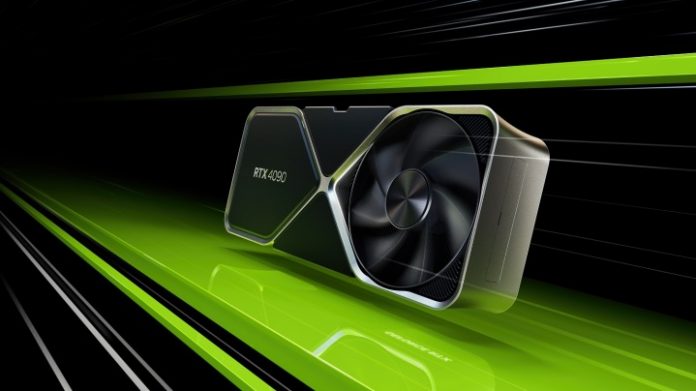 Some leaked Geekbench scores for the new Nvidia GeForce RTX 4090 GPU just dropped, and the card appears to be 67% faster than the previous-generation RTX 3090 Ti card.

Upon its initial release, Nvidia claimed the RTX 40-series graphics cards were up to four times as fast as the previous-gen RTX 30-series cards. Taking things further, in a blog post released yesterday, Nvidia said the new GPUs with Nvidia Reflex could hit 360 frames per second (fps) while playing the new Overwatch 2 at 1440p resolution.

Of course, the apparent performance bump certainly comes with a couple of downsides in size and power consumption.

The top-of-the-line RTX 4090 is massive. It’s a triple-slot unit that takes up to 336mm (13.2 inches) of space lengthwise, and it’s a whopping 61mm (2.4 inches) in height. That’s massive, and some of the third-party cards look even bigger. The other 40-series cards are around the same size, so regardless of which you choose, you may end up needing to upgrade.

Another issue facing Nvidia’s mammoth 40-series GPUs is power consumption. The 4090 has a TGP of 450 watts and recommendations call for an 850W power supply at minimum. This is the exact same as the RTX 3090 Ti, and we thought it was a lot when that card first rolled out back in March.

The takeaway here is the 4090 is likely to be a beast of a graphics card. It represents a massive increase in power over the previous generation of Nvidia GPUs, but you had better be prepared for big, bulky cases and massive power demands if you want to enjoy it.

The RTX 4090 goes on sale October 12, while both versions of the RTX 4080 will be available sometime in November.

Facebook
Twitter
Pinterest
WhatsApp
Previous articleDeals: Get 25% Off MagSafe Accessories and 50% Off iPhone 12/13 Cases on Verizon
Next articleArc GPU drivers are getting better, but Intel says it’s challenging