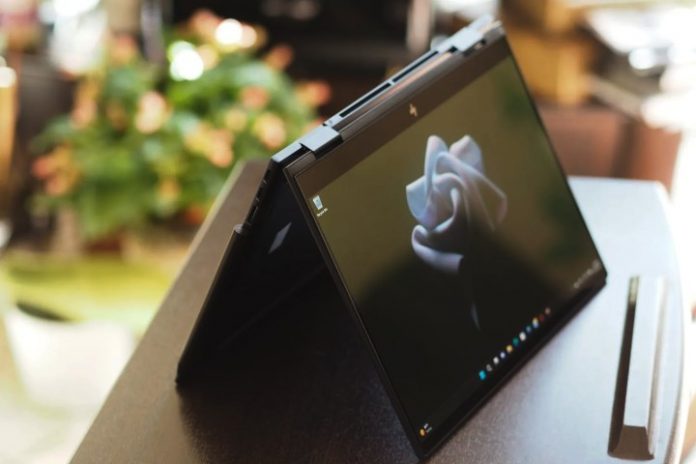 It’s not often that laptop technology and marketing converge to produce so many excellent value options for laptop buyers, but now is one of those times. The Apple MacBook Air M1 has been superseded by the M2 version, and yet it remains an excellent laptop with outstanding performance, a solid build quality, and excellent battery life at a relatively affordable $1,000 price. The HP Envy x360 13 is also well-built and offers solid performance with great battery life (for a Windows laptop), and it can be purchased for as little as $700.

You can’t go wrong with either of these laptops, but does Apple offer enough value to offset HP’s incredible price? Read on to find out.

The MacBook Air M1 retains a design that stood the test of time for years. Its wedge shape is iconic, and for a time spurred an entire industry of similar machines. Apple went away from it with the MacBook Air M2, but that doesn’t mean the M1 version is no longer viable. It’s still attractive and elegant, and it’s solid as a rock. It’s also thin and light, although thicker than the M2 model’s class-leading 0.44 inches.

The Envy x360 13 is also solidly built and attractive, although it’s a 360-degree convertible 2-in-1 that flips around four modes: clamshell, tent, media, and tablet. That makes it a more flexible laptop. It’s almost the same size as the MacBook Air M1, and exactly as thin and close to the same weight. They’re quite different laptops in their aesthetic, but both are excellent examples of a 13-inch laptop design.

Where the MacBook Air M1 claims a solid win is in its Magic Keyboard, which is the best you’ll find on a 13-inch laptop that’s not a MacBook. It’s a bit shallow but has the snappiest and most precise switches around, with a roomy layout and large keycaps. The Spectre x360 13 has a great keyboard as well that ranks up there with the best on Windows laptops, but it’s not quite as great as Apple’s. The MacBook’s Force Touch haptic touchpad is also superior to the Envy’s mechanical version. It’s larger and supports clicks anywhere on its surface. Apple nailed touchpads years ago and maintains its advantage today.

A win for the Envy x360 13 comes with its more impressive connectivity. It has as many Thunderbolt 4 ports as the MacBook Air M1, but it also includes legacy support with two USB-A ports and a microSD card reader. The HP’s Wi-Fi 6E and Bluetooth 5.2 connectivity are also newer specs than Apple’s Wi-Fi 6 and Bluetooth 5.0.

Finally, HP included a 5MP webcam that’s much higher resolution than the 720p webcam that Apple built into the MacBook. That makes the Envy x360 13 a much better videoconferencing tool. The Envy also includes an infrared camera for Windows 11 Hello password-less login via facial recognition, while the MacBook uses a Touch ID fingerprint reader embedded in the power button. Both are reasonable security solutions, although the Envy x360 13 can also shut off the webcam for enhanced privacy.

In our usual benchmark suite, the two laptops were closely matched. The Envy x360 13 was slightly faster in our Handbrake test and encodes a 420MB video as H.265 and in Cinebench R23 — but slower in Geekbench 5. The MacBook Air M1 would likely score slightly faster in creative applications that can utilize the GPU like the Adobe Creative Suite, thanks to Apple optimizations for various creative tasks.

But for the typical productivity user that both laptops are aimed at, the Envy x360 13 is a slightly faster laptop. Even so, both will provide excellent day-to-day performance.

While the Apple’s display is good enough for productivity work, the HP’s display is another level of quality entirely. While they’re both just as bright and offer the same wide RGB color gamuts, the HP’s display has an incredibly wide Adobe color gamut and significantly higher accuracy. And, there’s the usual OLED contrast, resulting in truly inky blacks.

The Spectre x360 13 offers a display experience that’s worth a lot more than the laptop’s price.

The Spectre x360 13 achieved strong battery life for a laptop equipped with a power-hungry OLED display. But, it was well behind the MacBook Air M1, which managed class-leading longevity. Note that the Spectre can be configured with a low-power WUXGA display that’s likely to add a few hours to its score. If you absolutely need an all-day laptop, then the MacBook is the safer choice.

The MacBook Air M1 is awesome, but the Envy x360 13 is a better overall value

Apple’s kept the MacBook Air M1 around, even with the M2’s release, because it remains a competitive laptop at an excellent price. Normally, that’s enough to dominate its class at the mid-range. The Envy x360 13, however, seriously undercuts it on price while offering equal productivity performance, just as solid a build, and a spectacular OLED display option.

The MacBook leads in battery life and has a better keyboard and touchpad, but the Envy x360 13 is also a more flexible machine with active pen support, and it wins this shootout.