HomeHow toHow to watch Google’s Pixel 7 and Pixel Watch event on October...
How to 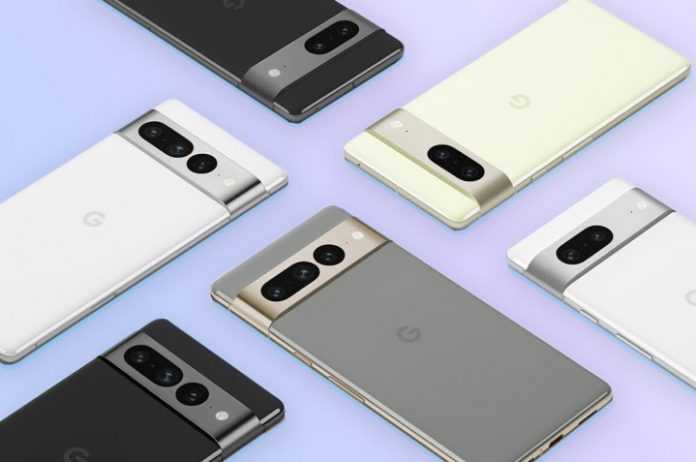 Google is once again ushering in the fall tech season this year with another “Made by Google” hardware event to show off the next-generation Pixel 7 lineup, reveal its long-awaited Pixel Watch, and possibly even offer up another surprise or two.

Google typically holds two events each year: the spring Google I/O conference provides a broad overview of everything that Google is working on, from Android to Google’s cloud ecosystem, while its fall Made by Google events (as the name implies) are focused solely on the company’s newest hardware products.

How to watch Made by Google on October 6

Made by Google 2022 will kick off at 10 a.m. ET/7 a.m. PT on October 6. While Google is inviting the press to attend the event in person in New York City this year, others can tune in to the livestream from the comfort of their own home or office.

For most folks, the best place to watch will be on the Made by Google YouTube channel since this can be accessed from any device that supports the YouTube app, from your smartphone to your smart TV. Google will also be streaming the event on its Google Store Events page for viewers in the U.S., U.K., and Australia.

The livestream hasn’t been posted on the YouTube channel yet, but unlike some of its rivals, Google isn’t being coy about what’s coming; the Made by Google YouTube channel has plenty of teaser videos to whet your appetite while you wait for the big event.

What we expect Google to announce

Google teased the new Pixel 7 and Pixel Watch earlier this year at its annual Google I/O developer event, noting that the products would be arriving in the fall. With the announcement of its October 6 Made by Google event, the company has confirmed outright that we can expect the Pixel 7, the Pixel 7 Pro, and the Pixel Watch.

While it shouldn’t come as much of a surprise, Google has also confirmed that the Pixel 7 and Pixel 7 Pro will run Android 13 and pack in the next generation of its custom-made Tensor chip that was introduced in last year’s Pixel 6 lineup.

The Pixel 7 and Pixel 7 Pro will retain the same general design as their predecessors but with a classier and more polished look that uses a 100% recycled aluminum finish across the entire rear casing. There may be minor changes in screen sizes, with the Pixel 7 getting a bit shorter and the Pixel 7 Pro shrinking its bezels to make room for a slightly larger display. Rumor has it that the pricing for the new Pixel 7 lineup will remain on par with that of the Pixel 6.

The Pixel Watch will mark the first smartwatch designed and built by Google. The company notes that it will bring together “Google’s helpfulness and Fitbit’s health and fitness expertise” in a “new, reimagined WearOS experience.” Google has already shown us what the Pixel Watch will look like, and it’s evident that the company is going for a minimalist circular design that sticks with a more traditional look for a timepiece.

It’s an open question as to whether Google has any other surprises in store. Still, with a new Pixel Tablet slated for release in early 2023 and rumors that a “Pixel Fold” could be coming around the same time, we wouldn’t be surprised if Google offers up a few teasers to show us what’s on the horizon.