HomeHow toHow to pre-order the Google Pixel Watch
How to

How to pre-order the Google Pixel Watch 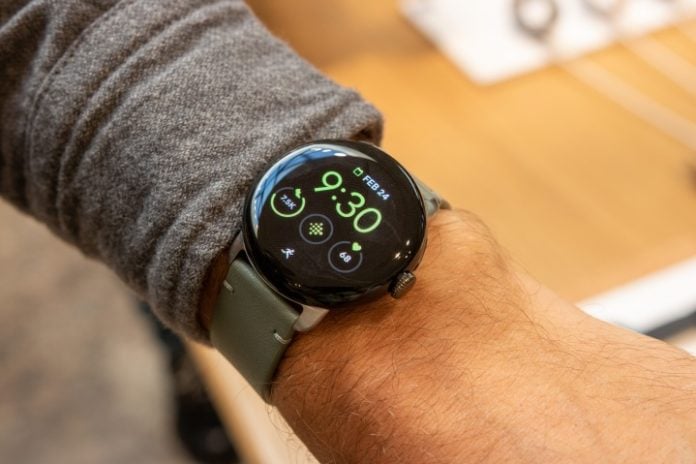 After much, much, much waiting, Google has officially revealed the Pixel Watch, a new Wear OS-based smartwatch that’s intimately tied into the Android ecosystem. With Fitbit integration for fitness freaks, a sleek minimalist looks, and the best software Google can come up with, the Pixel Watch is going to be a smartwatch to, well, watch.

It’s best paired with the new Pixel 7 range, but like Google’s new smartphones, the Pixel Watch is currently only available for pre-order. It releases on October 13, and pre-ordering is the best way to ensure you’ll get your device on launch day. But where should you pre-order your new Pixel Watch? We took a look at the usual retailers and carriers to see what deals you can get for your new Pixel Watch.

It should come as no surprise that Google’s own store is selling the Pixel Watch, and it covers every single variant of the device. Unfortunately, Google isn’t offering any trade-in deals for the Pixel Watch, but you do get six months of Fitbit Premium and three months of YouTube Music Premium included when you activate your device. So that’s better than nothing but less than what we’d hoped for.

T-Mobile is only offering the LTE-equipped Pixel Watch, which isn’t really a surprise since it’s a carrier. However, there’s a pretty solid deal here — grab a new line, and T-Mobile will knock 50% off your monthly payments. That drops the price below to $8.29 a month for two years, which is a deal that’s tough to beat.

Verizon is offering the most comprehensive suite of discounts and offers. You can trade in an older smartwatch and get up to $180 off, or you can get the Pixel Watch for as low as $5 a month if purchased with an Android smartphone. It’s also offering 36-month terms, which make those monthly payments even smaller.