How the new Dell XPS 13 spectacularly undercuts the MacBook Air 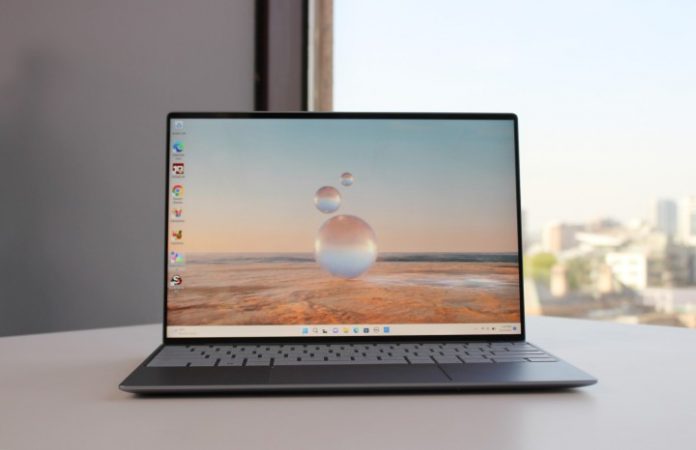 The 2022 Dell XPS 13 marks a sharp turn in the history of this iconic laptop. With the XPS 13 Plus making its debut in the lineup, Dell has pivoted the standard XPS 13 into an extremely value-based offering.

But Dell isn’t going after Windows rivals with this move — it’s aim seems focused on undercutting the M1 MacBook Air. The crazy thing? Dell just may have pulled it off.

The M1 MacBook Air is now two years old. Kicking off the launch of its Apple Silicon, this laptop showed just how far ahead the M1 took Apple. The chassis was identical to previous models in the lineup, and there was almost nothing in the way of new features — but the 2020 update of the MacBook Air was almost entirely about showcasing what the M1 could do. And man, the world of laptops — and computing as a whole — is still trying to catch up.

Think I’m exaggerating? Just consider this: no comparable Windows laptop has come out in the past two years that competes with the M1 MacBook Air in terms of performance, battery life, or surface temperatures.

There are plenty of great 13-inch Windows laptops out there, but we just haven’t seen the likes of Dell, Lenovo, Asus, and HP find ways to keep up with the MacBook Air. Even with the huge improvements we’ve seen from Intel and AMD in these past couple of years, the raw efficiency of ARM is still hard to compete with.

It’s the $999 price for the M1 MacBook Air that makes it such a value.

It’s incredibly rare that a two-year old piece of tech still comes highly recommended, and yet, that’s exactly what the M1 MacBook Air has done. And until now, it’s been difficult to imagine how exactly a Windows laptop could really compete. But Dell has spent the past two years finding a way. And between the XPS 13 Plus and the standard XPS 13, the solution just may have arrived.

The Dell XPS 13 (9315) can’t compete with the M1 MacBook Air apples-to-apples — especially not if it had followed its previous trajectory. Instead, Dell seems to have made the decision to go around the MacBook Air rather than compete with it directly.

The new XPS 13 comes in a starting configuration that costs just $829. That’s cheaper than the XPS 13 has ever been, especially since it comes with 512GB of storage instead of 256GB. When configured similarly, the XPS 13 is $400 cheaper than the MacBook Air. That’s significant.

Of course, the MacBook Air is still a more powerful, longer-lasting, and quieter laptop. But Dell has made strides to compete in each of those categories — at least enough to make the $829 price quite the value. The key is in the processor Dell chose for the laptop, which is a 9-watt Core i5-1230U or Core i7-1250U. These are lower-powered chips than the standard 15-watt processors, and presumably, they’re a bit cheaper for Dell to buy from Intel.

All that adds up to less performance, but improved battery life, quieter systems, and a cheaper price tag. In other words, a laptop that matches up with the strongest aspects of the MacBook Air pretty well.

The lack of performance is certainly a reason for concern, but for the tasks a laptop like this is meant to be used for, it’s probably more than enough. On top of all that, it’s only 0.55 inches thick, meaning it’s even thinner than the M1 MacBook Air.

When the decision to split the lineup between two different 13-inch XPS laptops was announced, I was skeptical. It seemed like a strange move at the time, especially when only the XPS 13 Plus was available. But now, Dell’s strategy has come into full view, heightened by its aggressive pricing. The M1 MacBook Air hasn’t been replaced by the XPS 13, but it’s now starting to look quite expensive.

Let’s hope more Windows laptops catch on and find new ways of competing with Apple. Until then, the Dell XPS 13 is as good of a MacBook Air alternative as we’ve seen yet.