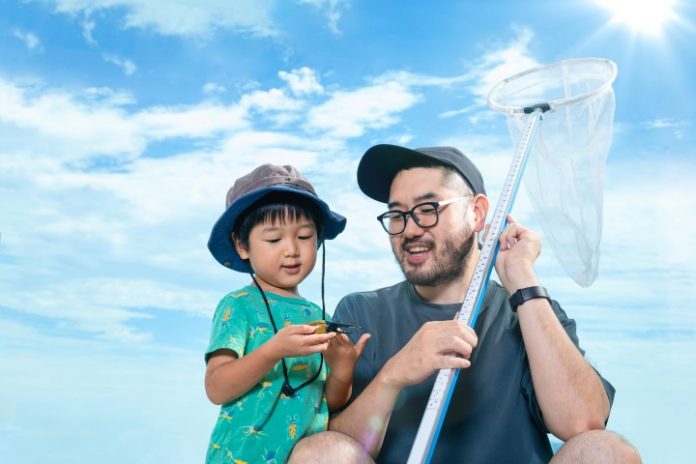 Japan delights us with products like the Pen Pineapple Apple Pen and the Iyashi Octopus Sucker Massager. Google captivates us with joyful products such as Gmail and Pixel phones. So, what happens when you combine Japan with Google? Simple. You get a Gboard bug catcher, of course.

Meet the playful concept for a keyboard from Google Japan. The Gboard stick is a long and thin ruler-like device with alphabetical keys running down its length, to which a net can be attached at the end.

It’s clearly a joke from Google — perhaps trying to make up for its merciless shuttering of Stadia over the weekend), and even its URL is sprightly and very Google-y. (https://landing.google.co.jp/________________/).

There’s a catch to this entire concept. You have to make it yourself. It requires a 3D printer and a working knowledge of the Japanese language … and culture. For example, the specifications given by Google Japan for the Gboard stick include such accurate pieces of information as “It is wide enough for a cat to walk across” and is strong enough to carry “three T-shirts when supported at both ends.”

The actual keyboard is 65 inches long, or 165cm. The keys are arranged in QWERTY format although this can be changed to ASCII code layout if needed. The keyboard can be used as a ruler or hiking pole, or you can sling a net to the end of it and catch bugs, which is what Google Japan is super hyped about, judging by the website. The site also mentions the ability for two people to sit by side and use the keyboard at the same time as a piano.

This isn’t Google Japan’s first foray into whimsical keyboard design. The company released the yunomi, a Gboard teacup, back in October of 2021. It’s a teacup covered in kanji keyboard keys. No more spilling tea on your keyboard.

If you’re ever tired of mechanical keyboards or you’ve ever thought to yourself “Man, keyboards are getting so boring,” take a moment to look across the Pacific, to the great nation of Japan, where neck wrinkle irons and keyboard bug catchers are born.