HomeNewsDoes the iPhone 14 have the Dynamic Island?
News 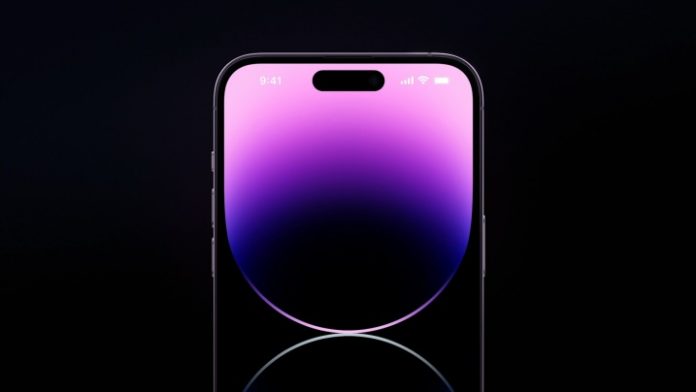 With this year’s iPhone 14 lineup, Apple introduced the most significant user interface change to come to its smartphone platform since Face ID debuted on the iPhone X in 2017: the Dynamic Island.

Thanks to the plethora of rumors and leaks leading up to the iPhone 14 launch, we knew that Apple would be moving away from the longstanding camera notch design, replacing it with a pill-shaped cutout instead. What we didn’t see coming was that Apple had even bigger plans for it.

Unlike most smartphone makers, Apple didn’t want to simply poke a hole in the iPhone display and try and pretend it wasn’t there. Instead, Apple hung a lantern on it. If you need to have a hole in your smartphone’s screen, why not be able to do something useful with it?

The Dynamic Island is on the iPhone 14 Pro

It’s hard to say if there are any technical limitations involved here. Certainly, Apple’s choice to retain the notch on the standard models makes the Dynamic Island a non-starter. Even if Apple did something similar to work with the notch, the experience wouldn’t be the same.

During its September launch event, Apple executives noted that the Dynamic Island was designed to take advantage of the faster 120Hz ProMotion display that’s exclusive to the Pro models. However, that’s not the same as saying the Dynamic Island requires a 120Hz display. It was more about Apple singing the praises of its display technology.

How the Dynamic Island works

The seemingly silly name of the Dynamic Island belies what’s actually one of the most exciting changes to come to the iPhone user interface in years.

Instead of just leaving a black cutout in the middle of the iPhone status bar for people to try to ignore, Apple has centered the iOS 16 experience around it. Notifications for Face ID, incoming calls, battery charging, AirPods, and more now expand from the Dynamic Island, making the camera cutout seem like it belongs there. Small icons persistently appear in the Dynamic Island to show thumbnail artwork for anything you’re currently playing, timers and audio meters for in-progress phone calls, etc.

What’s more, you can tap on the Dynamic Island while an activity is in progress to open the app behind that activity — such as the Phone, FaceTime, or Music apps — or you can tap and hold to bring up a pop-up banner with more details, and even controls for things like playback or calls in progress. Surprisingly, you can press anywhere on the Dynamic Island for this, even in the middle of the camera cutout.

This is only the beginning

For now, at least, the Dynamic Island is exclusive to the iPhone 14 Pro and iPhone 14 Pro Max — but it also hasn’t yet reached its full potential.

We’re still waiting for a few of the iOS 16 features that Apple showed off at its Worldwide Developers Conference (WWDC) in June. One of these is Live Activities, which will take Dynamic Island to a whole new level.

As shown back then, Live Activities are dynamically updating notifications that appear on your lock screen, allowing you to see real-time information like sports scores, ride-hailing ETAs, or even the progress of your Starbucks mobile order. In hindsight, it’s readily apparent that Apple built this with the Dynamic Island in mind.

If you’re using an iPhone 14 Pro or iPhone 14 Pro Max, you’ll see these Live Activities more discretely appear in the Dynamic Island while using your iPhone without interrupting whatever app you’re using. Logos and scores for your favorite sports teams will appear on opposite ends of the Dynamic Island while a game’s in progress, and if you’re waiting for a Lyft ride to come to pick you up, the ETA remains at the top of the screen so you can keep an eye on it while using other apps.

Live Activities are expected to arrive in iOS 16.1 when it ships later in the year. Sports scores are already available in the iOS 16.1 betas since those come from Apple’s TV app; other Live Activities will depend on third-party developers updating their apps.

While folks with an iPhone 14 Pro or iPhone 14 Pro Max will get the most out of this new feature thanks to the Dynamic Island, Live Activities will still be available to the iPhone 14 and iPhone 14 Plus, as well as older iPhone models running iOS 16.1. Without the Dynamic Island, Live Activities will appear as persistent lock screen notifications, just as Apple initially showed them at WWDC, with the usual notification banners dropping down from the top of the screen while you’re using your iPhone.

What about the iPhone 15?

Although the Dynamic Island is currently exclusive to the iPhone 14 Pro models, it looks like that won’t be the case next year. Shortly after the iPhone 14 launch, display analyst Ross Young shared on Twitter that while the more affordable iPhones still won’t get the faster 120Hz display anytime soon, Dynamic Island is expected to come to the standard iPhone 15 models next year.

Young is very well-connected in Apple’s supply chain, so his information is usually pretty accurate. While he’s unlikely to know much about Apple’s software plans, his sources have likely shared that Apple is moving to the pill-shaped cutout across the entire iPhone 15 lineup. If the screens look the same, it would be extremely odd for Apple to limit Dynamic Island to the iPhone 15 Pro models.

It’s actually quite unusual for Apple to split its iPhone lineup so dramatically in the first place. It prides itself on consistency, especially when it comes to user interface design. Sourcing the displays needed to produce hundreds of millions of iPhones is challenging at the best of times, and Apple faced numerous supply chain problems during the global COVID-19 health pandemic. Many of its suppliers still aren’t back at full capacity, and the fact that the iPhone 14 sports a display that’s virtually unchanged from last year’s iPhone 13 suggests there weren’t enough parts for both the iPhone 14 and the iPhone 14 Pro models to get the Dynamic Island.