HomeNewsDoes the Google Pixel Watch work with an iPhone?
News 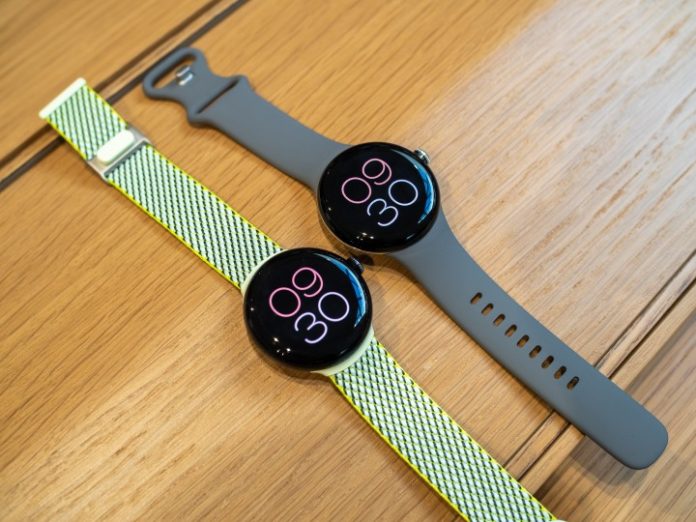 The world of Wear OS smartwatches became a lot more interesting this week with Google’s announcement of its first smartwatch, the Pixel Watch. While there’s no shortage of Android-compatible smartwatches, there are relatively few dominant players in this market, especially when you narrow the field down to devices that offer a native Wear OS experience.

While a few Wear OS smartwatches like the Moto 360 and Oppo Watch have made some impact, it’s fair to say that Samsung’s Galaxy Watch lineup dominates the landscape. Samsung watches are undoubtedly the first devices most folks think of when it comes to Android smartwatches, but that may change now that Google is putting its weight behind the Pixel Watch.

It remains to be seen whether Pixel Watch will eventually topple the Galaxy Watch 5, but its arrival also raises another important question for smartwatch fans: What about the overwhelmingly popular Apple Watch?

Can I use Pixel Watch with an iPhone?

There’s little doubt that the Apple Watch is the best smartwatch for iPhone owners, but it also doesn’t hurt Apple’s ecosystem that it’s just about the only smartwatch that’s truly compatible with the iPhone.

At one time, Android watchmakers like Samsung offered some iPhone compatibility with a third-party Galaxy Watch iOS app. For whatever reason, it stopped doing that a couple of years ago; the 2020 Galaxy Watch 3 was the last Samsung smartwatch that iPhone users could enjoy. Since then, the Galaxy Watch has been an Android-only affair.

Google doesn’t seem inclined to change that with the Pixel Watch, which has compatibility specs very similar to the Galaxy Watch 5. In other words, the Google Pixel Watch only works with Android phones and does not work with iPhones.

While that seems to limit choice, it’s not entirely a bad thing. Whether they’re running watchOS or Wear OS, modern smartwatches are designed to be an extension of your smartphone, offering up notifications and handing off activities between the larger screen and your wearable.

That requires a deep level of integration into the operating system on your smartphone, so it’s not something a third-party app can do nearly as well. Smartwatches are considerably more complex than AirPods or Pixel Buds, which, despite their advanced features, still use an industry-standard Bluetooth audio connection under the hood.

Put simply, Google wants to make sure that Pixel Watch owners can enjoy the entire Wear OS experience, and doing that requires Android on the other end. While an iOS app could easily handle the Fitbit-powered health and fitness features, if that’s all you want to do with your Pixel Watch, you can save money by picking up a Fitbit instead.

What about other Android devices?

The Pixel Watch is an ideal companion for a Pixel smartphone, especially Google’s new Pixel 7 and Pixel 7 Pro, for which it’s been designed with matching aesthetics. However, you’ll be pleased to know that you don’t need to own a Pixel to use the Pixel Watch.

Technically speaking, the Pixel Watch is compatible with any smartphone running Android 8.0 or later. This compatibility is provided through the Google Pixel Watch app on the Play Store. However, it’s worth keeping in mind that you’ll likely get the best Pixel Watch experience if you also use a Pixel phone.

That’s not unique to Google, either. The Samsung Galaxy Watch 5 also works with any Android 8.0 device, but certain features like Samsung Pay will only work if you’ve paired it up with a Samsung smartphone. Since Google takes a more purist approach to Android, Pixel Watch will likely have fewer restrictions, but there’s still little doubt that Google has designed it to work best with a Pixel phone.

The concession to other smartphone platforms likely has more to do with the open nature of Android. The Apple Watch only works with the iPhone because the iPhone is the only device that runs iOS. With Android on nearly every other smartphone on the market, there’s no reason for Google to limit its customer base to only its smartphones when it can support a much larger world of Android devices with minimal effort.

Android has always been about offering more choices, and that’s equally true of the Wear OS smartwatch ecosystem. While Google’s Pixel Watch isn’t quite ready to take on Samsung’s Galaxy Watch 5, it’s also just the first entry. It will be exciting to see what Google has in store for future versions as it continues expanding its Pixel ecosystem.