HomeNewsDoes the Google Pixel Watch have fall detection? Not yet, but it’s...
News

Does the Google Pixel Watch have fall detection? Not yet, but it’s coming soon 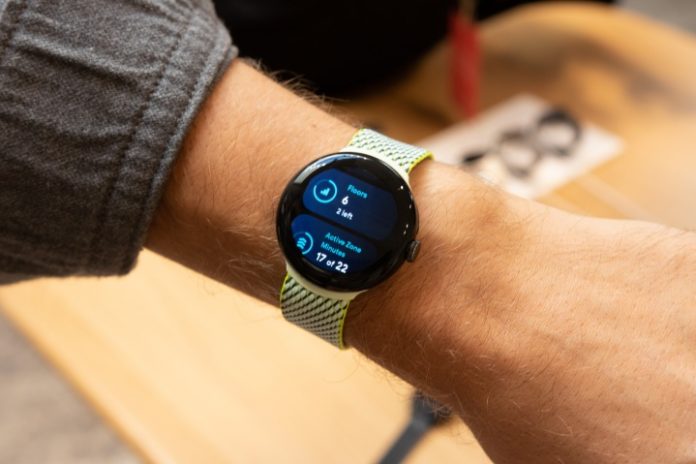 Looking for a great Android smartwatch? The Google Pixel Watch is Google’s response to the Apple Watch and the Samsung Galaxy Watch. With this new kid on the block, Google has inaugurated its own multi-device hardware-software ecosystem with many of the same critical health and safety features.

The Pixel Watch offers Google’s software suite, which users can access via LTE or smartphone connection, and incorporates health resources from Fitbit’s fitness line. The new watch, which runs Wear OS 3.5, is designed for optimal integration with the Google Pixel 7 and Google Pixel 7 Pro smartphones, which debuted alongside it.

Fall detection, a major safety feature, is often perceived as being for those over 60, who are more prone to accidents and balance issues around the home. According to the CDC, some 800,000 older people are hospitalized by fall-related accidents and these are the leading cause of death from injury of adults over 65. However, fall detection is also useful for younger people who are into sports, cycling, or other activities where hard and potentially dangerous falls can happen.

How does fall detection work?

Apple and Samsung currently provide fall detection as part of their smartwatch feature set via built-in accelerometer and gyroscope. These sensors monitor a wearer’s normal activity all the time so the device can sense an unusual falling motion. Accelerometers measure changes in speed divided by time, while gyroscopes use gravity to determine orientation.

Both of these technologies working in tandem can detect whether someone has taken a fall. Fall Detection in both of these smartwatches is available through optional settings that must be enabled to work. Fall detection is not perfect, and the feature may not detect every single fall, but the tech has advanced in recent years to detect falls from workouts, hikes, biking, or Zumba classes.

When will the Pixel Watch get fall detection?

Emergency SOS, which works with fall detection, requires location services to be enabled, as well as an internet connection either on the watch or via a Bluetooth connection to your Pixel smartphone. After you enable Emergency SOS on the Pixel Watch, it lets you quickly get help by pressing the watch crown five times in quick succession, which triggers a call directly to emergency services. When you set up emergency contacts, you can specify another person in addition to local responders to receive that call.

Setting this up on your Pixel Watch does not automatically sync the feature with your Google Pixel phone. Auto dialing to emergency services is not universally available worldwide, and Australia and Germany do not support emergency auto dialing.

There is no indication that the Pixel Watch intends to adopt Apple’s new crash detection feature, showcased in the Apple Watch Series 8, Apple Watch Ultra, and Apple Watch SE 2. In the event of a serious car accident, the newest Apple Watch checks whether you’re OK and follows up with a call to emergency services if you don’t respond within 10 seconds.

You can now pre-order the Google Pixel Watch from the Google Store. The watch costs $350 for the Bluetooth/Wi-Fi model and $400 for the 4G LTE model, with regular sales starting on October 13. Google is selling its smartwatch in the U.S, the U.K., Canada, Australia, Japan, Taiwan, and other EU countries.