HomeNewsDoes the Google Pixel 7 have face unlock? Yes, but there’s a...
News 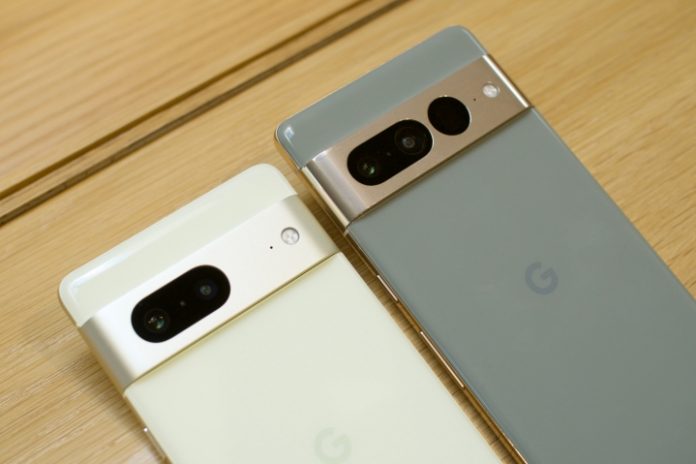 The next generation of Google’s Pixel smartphones has arrived. While the Pixel 7 and Pixel 7 Pro are mostly iterative refinements on Google’s now-established designs, the company packed in a few interesting surprises to this year’s models.

The Pixel 7 lineup will quickly feel familiar to anybody who has handled a Pixel 6 or Pixel 6 Pro, making it clear that Google now has a settled aesthetic for its smartphones. Rather than making broader design changes, Google has added some nice touches where they count, moving to a matte aluminum and glass finish on the Pixel 7 and an even classier polished aluminum and glass look for the Pixel 7 Pro.

As attractive as the new design is, what really counts is what Google has packed in under the hood in the form of the company’s latest Tensor G2 processor and Titan M2 security chip. This pair of new chips power even more advanced computational photography and machine learning features and open the door to more sophisticated security capabilities, including the return of one feature that we feared Google had given up on.

Google made a big splash in 2019 when it introduced a new facial recognition system to unlock the Pixel 4. Unfortunately, the delight in this new feature was somewhat short-lived. Although Google had seemingly put great effort into developing a secure facial recognition system to compete with Apple’s Face ID, Google’s version turned out to be missing at least one critical aspect when it first launched — it worked even when your eyes were closed — forcing the company to play catch-up with later security updates.

So, it didn’t come as much of a surprise when the Pixel 5 shipped without face unlock. Google had clearly decided it needed to go back to the drawing board, and the Pixel 5 didn’t even include the necessary infrared sensors, so there was no hope that it would appear in a later software update. While some rumors hinted it could be coming to the Pixel 6, it never materialized on that device, leaving many to conclude that Google had given up on the feature entirely.

Can I unlock the Pixel 7 with my face?

Thankfully, those assumptions have turned out to be false, and face unlock has returned to the Pixel 7 lineup. This lets you unlock your Pixel 7 or Pixel 7 Pro with merely a glance, and it’s part of Google’s broader approach to device security.

Google notes that the new face unlock feature is powered by the company’s “advanced machine learning models” that are now possible with the Tensor G2 chip, although they likely also have something to do with the improved wide-angle 10.8-megapixel selfie camera that’s now included on both the Pixel 7 and Pixel 7 Pro.

While last year’s Pixel 6 Pro sported a comparable 11.1MP front camera with a 94-degree field of view, the Pixel 6 was limited to a narrower-field 8MP camera. It’s an open question whether that lower-end camera was enough to drive Google’s facial recognition algorithms. Still, Google probably didn’t want to risk a face unlock feature performing differently on the two models. After all, it had enough problems to deal with on the Pixel 6’s in-display fingerprint sensor.

Does the Pixel 7 still have a fingerprint sensor?

Likely in a desire to mirror Apple’s approach with Face ID, Google removed the fingerprint sensor in the Pixel 4, leaving the somewhat flawed face unlock as the only option for biometric authentication.

Thankfully, it hasn’t made that mistake with the Pixel 7 lineup. Folks have a choice of using the under-display fingerprint sensor, face unlock, or both.

While the fingerprint sensor on the Pixel 6 and Pixel 6 Pro had their share of problems at launch, most of those have been fixed in subsequent software updates, and the Pixel 6a delivered even more improvements. This gives us some confidence that Google has learned from its prior experiences and ironed out the bugs so that the Pixel 7 fingerprint sensor will perform accurately and reliably right out of the box.

That’s important, as it turns out, as there are some things you still need the fingerprint sensor for if you want to avoid keying in passwords all the time.

What can I use the Pixel 7’s face unlock for?

Google seems to be taking a considerably more cautious approach to its facial recognition technology this time around, suggesting that it hasn’t fully recovered from the bad experiences of the Pixel 4 era.

Unlike Google’s earlier facial recognition security and Apple’s Face ID, with the Pixel 7 and Pixel 7 Pro, you can only use facial recognition to unlock your phone from the lock screen. Everything else requires that you enter a password or use the fingerprint sensor.

This includes using Google Wallet or other mobile payment services, signing into Google accounts, and unlocking secure apps like password managers. For these, you’ll need to supply your fingerprint or whatever PIN or passcode the app or service requires.

Face unlock and fingerprint unlock are also an either-or choice. You can use one or the other, but you can’t force your Pixel 7 to require that you supply both a facial and fingerprint scan as a sort of two-factor authentication system.

Nevertheless, despite these limitations, face unlock is a welcome addition, and it’s nice to see that Google is giving people more options for biometric authentication. While it remains to be seen how well the face unlock will work under real-world conditions, the in-display fingerprint sensor is still there to give you a fallback.