HomeNewsCan I use an Intel Arc GPU with AMD Ryzen?
News 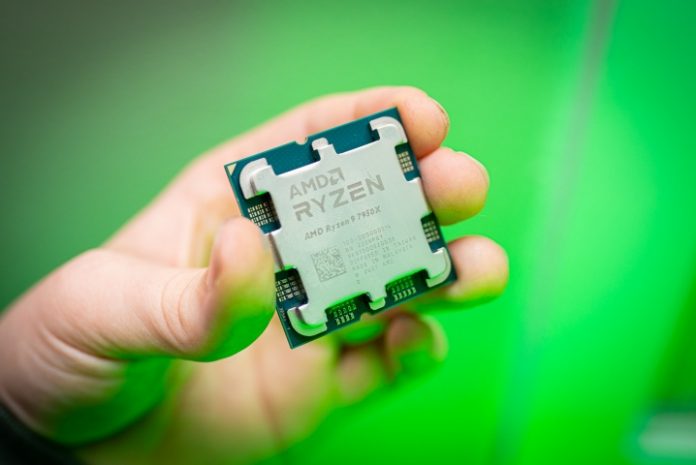 Yes, yes you can. It might seem like an incident of mass hysteria, team red and blue playing together like that, but gamers have been running Intel CPUs with AMD GPUs for years, so the fact that the reverse works just as well, isn’t too surprising. However, there are some caveats. Can you use an Intel Arc GPU with AMD Ryzen: yes, but you have to use the right CPU.

Which AMD CPUs can you use with Intel Arc GPUs?

In reality, any AMD CPU should work with Intel Arc GPUs, as there isn’t some lock or fundamental compatibility issue that means only certain CPUs work with the new Intel cards. That said, Intel has made a big deal of how much Arc Alchemist cards benefit from Resizable BAR, a feature that is only available on Ryzen 3000, and newer CPUs.

This isn’t just a way for Intel to limit the potential market for AMD CPU owners — as if it would want to sell fewer GPUs. In fact, it also recommends only Intel 10th generation and newer CPUs use Arc GPUs too, as, like Ryzen 3000, that is the oldest generation of Intel CPU where ReBAR is supported. Without it, the new Arc GPUs won’t perform anywhere near as well as they should.

Why do Arc GPUs need ReBaR?

Resizeable BAR is a feature in modern graphics introduced by Nvidia as a counter to AMD’s implementation of Smart Access Memory — which is essentially the same feature. ReBAR effectively gives the CPU access to the whole GPU memory as and when it needs it, rather than smaller portions of it. That reduces memory bottlenecks and lets both the CPU and GPU work at peak performance, thereby improving real world performance in turn.

The result for Nvidia and AMD graphics cards is a slight uplift in performance, and the same is true for Intel’s Arc cards. However, the difference is quite stark, enough that in our review of the A770 we agreed with Intel that ReBAR is a must if you’re going to play games on an Arc GPU.

The effect of turning ReBAR on isn’t consistent across all games, and you certainly don’t need it to run the games, but considering how competitive the new Arc GPU is with Nvidia and AMD’s best midrange options, it’s worth turning it on to make the most of the new cards, as if you can’t, you may be better off with one of the alternatives.