HomeNewsApple comes clean with what it really thinks about iPhone 14’s Dynamic...
News 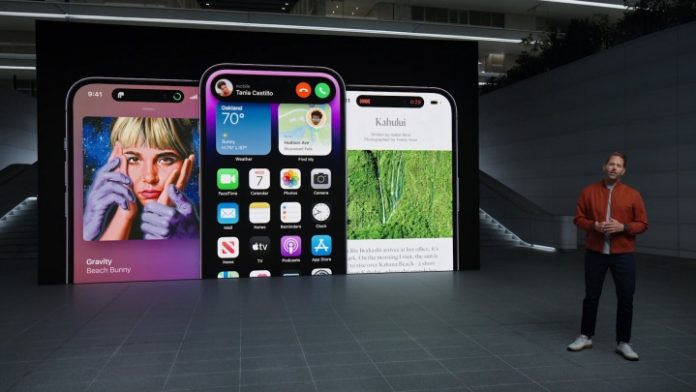 Two Apple higher-ups have spoken candidly in an interview about their thoughts on the iPhone 14 Pro and iPhone 14 Pro Max’s new Dynamic Island. The new feature has been a major shakeup to the iPhone experience, and both Craig Federighi and Alan Dye — Apple’s senior vice president of software engineering and vice president of human interface design, respectively — seem to know it.

In an interview with Japanese publication Axis, Federighi said that the shock and surprise seen in the audience when the Dynamic Island was initially revealed at the Apple “Far Out” showcase was “the same as when we first saw the feature inside Apple.” He explains that after he was introduced to the Dynamic Island, he felt like the iPhone took on a “new, living identity.”

Federighi also said that the Dynamic Island is “the first major operation change in five years since the iPhone X came out.” When referencing the iPhone X, he explains how getting rid of the home button completely changed the way that users interacted with the phone on nearly every level. Without a home button, accessing the lock screen, the home screen, and apps was going to require Apple to spend a lot of time reworking some of its most tried and true systems.

In a similar vein, the Dynamic Island has also fundamentally changed the ways that users engage with their devices, and Dye says that it didn’t just happen overnight. He explains that the creative process at Apple leans heavily on conversation and that the discussions surrounding a major changeup to the top section of the iPhone have been happening for years.

Dye explains that the conversations that eventually led to the creation of the Dynamic Island were stuck for a long time on trying to redesign the status bar at the very top of the screen. The status bar provides crucial information such as battery life, the time, and your service connection, but, as Dye says, “the breakthrough moment was when I realized that the (Dynamic Island) animation didn’t have to be limited to the status bar area.” Essentially, the realization that the Dynamic Island could be able to grow and shrink depending on what it’s being asked to do was what really let the idea take off — which is also what makes it such a unique piece of iOS 16.

While it seems like it could solely be described as a major update to iOS, Dye views it as a sort of middle ground where software and hardware meet. He thinks Apple has done “a good job of erasing the boundaries between hardware and software” thanks to how fluid the transitions are with the Dynamic Island.

Overall, it seems like the pair are satisfied with how the new feature has turned out. Fan reaction to the Dynamic Island has been mostly positive, which is good, as it seems like it won’t just be reserved for Pro iPhone models in future releases.