HomeNews7 Reasons Why You Should Consider Buying an Android Phone
News 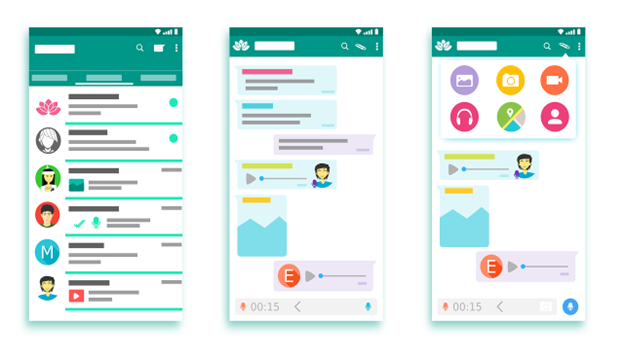 The global phone market is rapidly expanding since the introduction of smartphones. Since their introduction, smartphones have grown and are now the most preferred way to access the internet. Research shows that mobile phones and tablet traffic accounts for about 55% of internet traffic.

These statistics should not shock you if you think about the time you spend on your phone. We spend a significant amount of our day browsing the internet, shopping and going through social media. Our use of mobile phones has even impacted how websites are built.

Most web development companies are pushing for the development of mobile-friendly websites. These websites are more responsive to touch, faster, and offer a better user experience to mobile users compared to websites built for PCs.

With the increase in demand for mobile phones, companies have been competing to match the demand. Companies like Google, Samsung, Apple, One Plus, and Huawei compete for a share of the phone market each year and bring new devices.

Also, less-known companies are trying to come up and make their presence acknowledged. In 2020 we saw a new entry into the market, Nothing, that rose to claim its stake in the phone market pie.

There are several operating systems in the market. Most devices run on either Android or iOS operating systems, however. Huawei’s Harmony Os is an honorable mention since the company was quite popular until its ban from the US market in 2019.

You have probably seen the price of flagship phones in numerous Android reviews and abandoned the thought of buying a new phone. However, do not be discouraged. Android phones have a variety of price ranges that can cater to anyone’s budget.

One of the benefits of having so many brands in the market is that companies try to tap into different audiences. As a result, you have a variety of price ranges to pick from. Even companies like Samsung have phones for people with a low budget.

The best thing is that these phones are not bad, they just come with less advanced features. Similarly, some companies forgo the high cost of advertising to keep devices in a budget-friendly price range. You can look at companies such as Motorola, Samsung, and Oneplus.

2.   Android Phones Can Be Optimized for Gaming

The global mobile gaming market generated about 119 billion in 2021 and this figure is expected to rise to 338 billion by 2030. Mobile gaming has become important over recent years and has grown into a part of Esports. Companies such as Red Bull and Pepsi are among the biggest sponsors of Esports.

Esports is becoming a source of livelihood for many gamers across the world. If you want to get into competitive gaming, the android market has several phones to offer. The market has phones like Sharp Aquos Zero 2 with a refresh rate of 240Hz for seamless gaming.

Phones such as Asus ROG 6 take gaming to a new level with features such as dual charging, compatible gaming gear, inbuilt triggers, and additional cooling. The phone was designed to give you the best gaming experience.

Virtual assistants are becoming increasingly popular, especially with the increase in the purchase of IoT devices for home use. Some of the available digital assistants include Alexa, Bixby, Google, and Siri. Among the list, Google Assistant is the most functional and most responsive.

The google assistant comes preinstalled on all android phones, since the release of Android 5.0+, which meet minimum requirements.

One of the benefits of Android Os is that it is open source meaning developers are open to experimenting with it. You can change the theme of your phone as you wish, and there are so many skins to pick from.’

Apart from themes, the android platform has an inbuilt developer mode. You can access the hidden menu and tweak settings to make the phone perform and look better.

You can also tweak the performance of your android phone. There are tutorials online on how to bypass settings and allow overclocking on your processor to improve performance. However, be careful with such operations because you can easily brick your phone.

5.  You Can Expand Your Storage Capacity

Android phones come with a slot to expand their memory capacity. You can increase the internal storage space in your phone using a micro SD card. These cards come in various sizes and can be hot-swapped. If your internal storage is running low, you can expand your storage instead of deleting files.

You can also transfer data into a flash drive connected to your device without problems or additional applications. This allows you to use your phone for file transfers that would otherwise require a laptop

You can easily change android phones from different manufacturers and not feel the difference. You can back up your data in one phone and download it to your new phone using the same email address. The process is well designed to the point that you will get prompts to download your old apps.

You will also barely feel the change in operations. The android experience is similar across companies. The only difference you may experience is how you access particular menus and settings.

Android phones allow sideloading of applications. Sideloading allows you to download and install software from any unofficial distributor. Sideloading is considered a security risk, but if you trust the distributor, it is often harmless.

Sideloading allows you to access apps that are otherwise not licensed on the official play store. The applications may include games, modded Apks, and video downloading apps. You will also experience easy sharing of downloaded music, applications, and documents on Android phones.

There are many phones available in the market but consider going for an Android OS-based phone. These phones offer benefits such as customization, sideloading, and optimization for tasks.

No matter your budget, there is an android phone to meet your needs. Compare what different sources say before deciding on the phone for you.