6 Ways How Technology Is Helpful To Law Enforcement Members 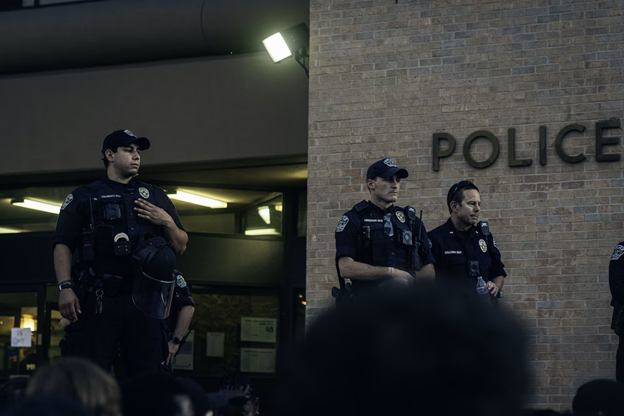 Technology has profoundly impacted law enforcement and changed how officers perform their duties, making the job easier and more efficient. Through various tools and resources, law enforcement officers can gather information and evidence more quickly, which helps them solve crimes faster. In addition, technology has also helped law enforcement members stay safe while on the job. With the use of body cameras and other safety devices, officers can document what happens during an incident, which can later be used to help investigate and prosecute criminals. What are some examples of how technology has helped police and courts prosecute crime and keep communities safe?

The Cloud Has Made It Easier To Access Vital Documentation

The cloud is a type of internet-based storage that individuals can access from any device. It is known as a centralized database, and it makes it easier to share files. The cloud has made policing more efficient by providing a centralized database for storing information and making it easier to share files. This technology has helped police forces make their jobs more efficient by keeping all their data in one place and accessing it from anywhere. According to the team behind CivicDocs for document management, cloud-based document storage can also preserve the chain of evidence crucial to bringing criminals to justice and avoiding a case being thrown out on technical grounds. As a result, cloud-based services allow police to spend more time patrolling, catching criminals, and collecting evidence. The main ways in which police departments use the cloud include:

Bodycams are pieces of technology that police officers can use to record their interactions with the public. This is done in order to protect the officers and the individuals they interact with, as well as to help reduce crime. Bodycams are often used when an individual has complained about a police officer or if an officer has been accused of misconduct. They can also be used as evidence in criminal cases. Bodycam footage has been used as evidence to show that an officer acted appropriately and did not use excessive force or violence on a suspect. This is important because it reduces the number of false accusations against law enforcement officers, which can lead to their termination from their jobs or criminal charges.

ALPR is a technology that recognizes the license plates of vehicles and is used in many ways, including identifying cars of interest to law enforcement or determining violations of motor vehicle laws. ALPRs are usually installed on police cars, and they can read license plates and check them against a database for any violations. Law enforcement can use the data collected by ALPRs to identify stolen cars, potential terrorists or criminals trying to escape from the authorities, and more. License plate recognition software uses optical character recognition (OCR) to convert a digital image of the license plate into text characters. It then compares this text with a database of known vehicle records to determine if it matches any records in the system. Modern systems have been designed to read the license plates of vehicles from any angle and in any lighting condition.

However, although biometrics have helped the police solve numerous crimes, a privacy issue still exists. The use of biometric data in policing is a hotly debated topic. Some people say it is the best way to catch criminals, and others say it infringes on citizen privacy.

Crime forecasting is an emerging area of social science and criminal justice that seeks to forecast and prevent crime by using mathematical modeling and statistical analysis. Crime forecasting is a method of predicting future crimes, typically in the form of probabilities. The motivations for crime forecasting are to anticipate when, where, and what type of crime will occur to improve law enforcement agencies’ efficiency and effectiveness. It makes extensive use of machine learning and artificial intelligence to predict when and where crimes are likely to occur. However, it isn’t perfect, and numerous news stories have documented the downsides, including racial profiling.

Drones Are A More Affordable Option To Scrambling Helicopters

The use of drones by police departments has increased exponentially over the past few years. Police can use drones for a variety of tasks, from search and rescue to gathering evidence. They are also a cost-effective way to increase the reach and scope of law enforcement. Drones can also be used to conduct aerial surveillance, which is a cost-effective way to monitor crime scenes. Modern police forces use drones in several ways, including tracking protests and riots, finding missing people, and even identifying criminals. Moreover, drones are also being used to find illegal drugs and weapons by flying over large areas in a short space of time, making it more affordable than using helicopters to search for illicit substances.

Law enforcement agencies worldwide are using technology to help them solve crimes and increase public safety. In many cases, technology is the key to protecting the public from criminal activity. Even though some technologies have significant downsides, most have helped police solve crimes and reduce crime successfully.